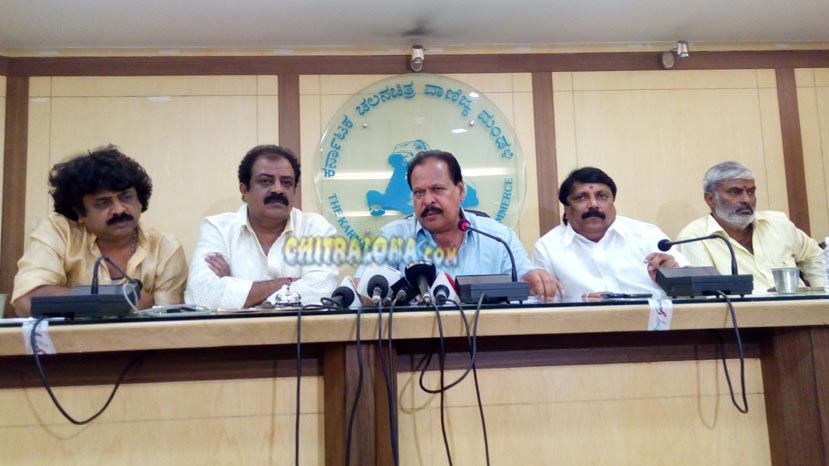 KFCC, President SA Ra Govindu along with Office bearers spoke up the concerns regarding the status of Kannada film producers.

In the press meet, speaking on behalf of the producers, Sa Ra Govindu showed his concerns regarding the diminishing numbers of theatres across the state.

He also highlighted the points pertaining the reality shows damaging the Kannada film viewership, which is causing a major damage to the producers, distributors and Kannada films. Sa Ra Govindu, requested each and every entertainment channel to purchase the rights of atleast 25 movies per year.

The major concern of this press meet was reality shows like big boss, weekend with Ramesh, kick and other shows which are hosted by Kannada film superstars like Sudeep, Ramesh and shiva Rajkumar respectively. he requested the stars to support the Kannada film industry and to stop hosting these shows. He openly requested Sudeep to listen to the problems of the producers and come out of the Bigg Boss.

Sa Ra told, this is now a request and if not accepted we will take a future course of action after few days.

In the press meet, Producer A Ganesh told let's all go the BIGG Boss house and protest there. For this everyone accepted.