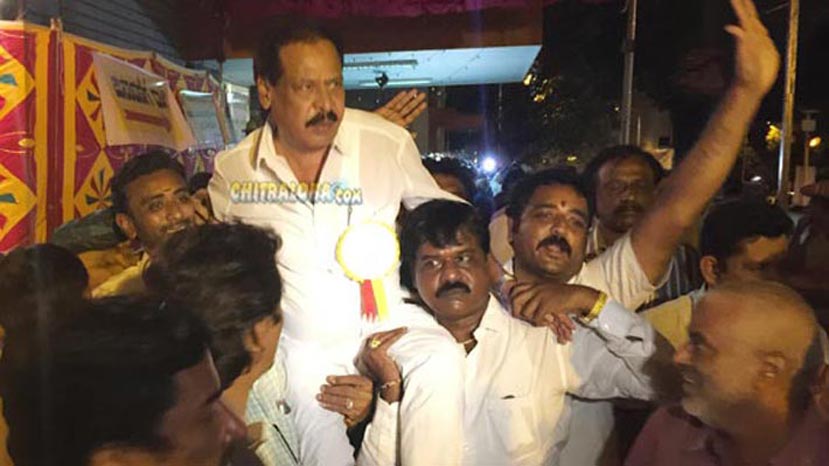 Sa Ra Govindu's syndicate including Umesh Banakar, M N Kumar and others has won the Karnataka Film Chamber of Commerce election held on Saturday in Bangalore. The post for the post of president this year and senior producer Sa Ra Govindu had contested for the election. Ba Ma Harish had contested opposite Govindu and Govindu defeated Harish by more than 250 votes.

Not only Govindu, but his entire syndicate had won the elections with a big majority. Here is the list of office bearers.