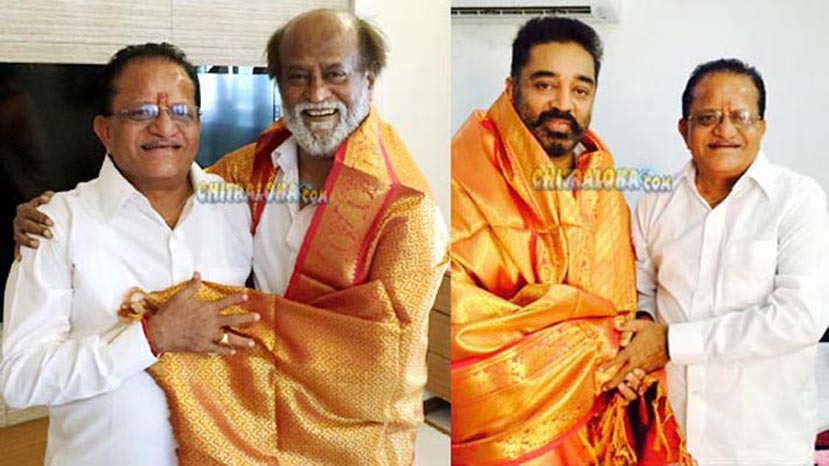 Siffc newly elected President HD Gangaraju visited Superstar Rajinikanth and Kamal Hassan and honored them in Chennai. Gangaraju will take charge from 27th July and he got elected unanimously. Sifcc election is on 26th and only for secretary post there will be election. Apart from that all the posts have been elected unanimously.

HD Gangaraju has made name as a distributor, especially of Tamil films in Karnataka. Those from Karnataka who have served as the presidents of SIFCC include KV Gupta, Bhakthavatsala, Ajantha Raju and KCN Chandrashekar.