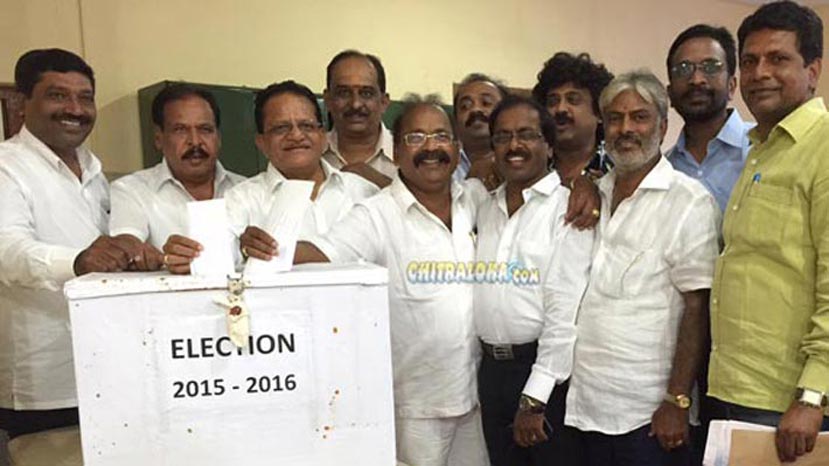 The members of Karnataka Film Chamber of Commerce including president Thomas Dsouza, Sa Ra Govindu, PRaveen, G Venkatesh, saffire Venkatesh, Umesh Banakar and Chitraloka editor KM Veeresh were among the KFCC representatives present at the occassion. July 4 is the last day for the filing of the nominations. July 17 is the last day for withdrawl of nominations and the election is on July 26.

Until the last moment there was efforts to put up a common candidate but it failed. Thus after a long time there will be an election for the post. In all the four occassions when a film personality from Karnataka became SIFCC president there was unanimous candidate and all of them won unopposed. This year, the post of president is reserved for a candidate from Karnataka.