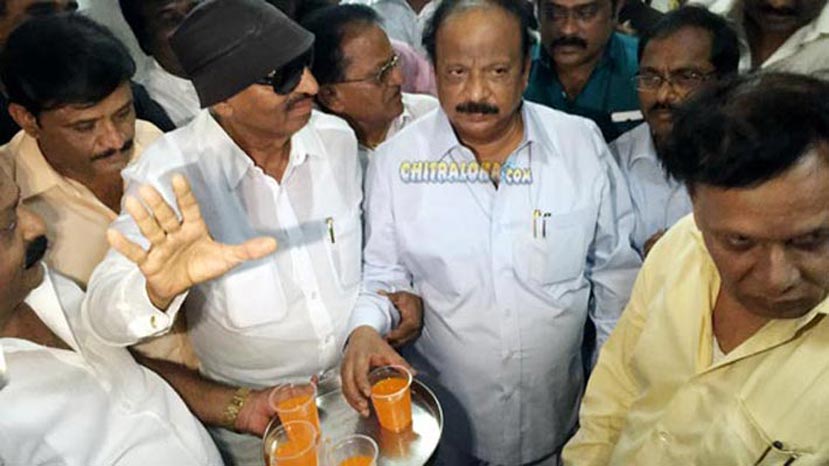 The Kannada film producers who were on a hunger strike from the last few days has stopped the strike as the Information Minister Roshan Baig himself came to Karnataka Film Chamber of Commerce and gave assurance to solve all the problems. With the minister's assurance producer Nandihal and others have stopped the hunger strike hereby putting an end to the 15 day high drama.

Earlier, Roshan Baig held a meeting with industry members where he heard the problems of the producers. After that, he went to the KFCC and talked with th producers and o were on a hunger strike and gave assurance to solve all their problems.