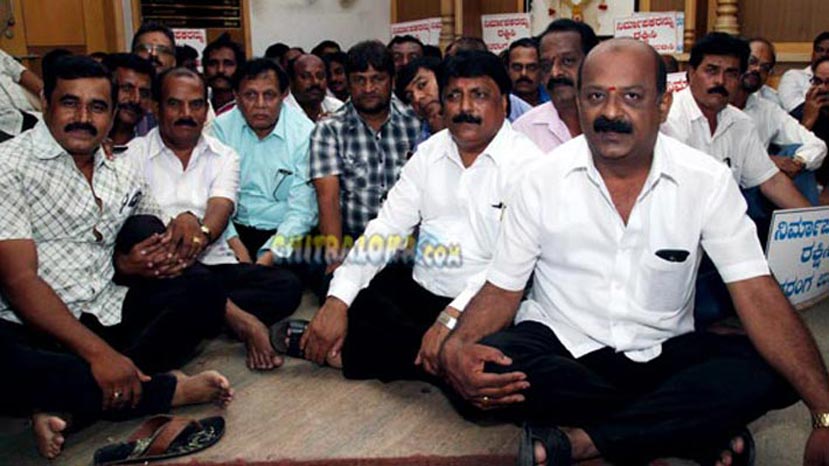 Kannada film producers who are protesting in the KFCC for the last one week under the leadership of Jayasimha Musuri has decided to stop all the activities and lock the Karnataka Film Chamber of Commerce if their problems are not met.

The producers have been protesting in front of the KFCC and in a bid to find a solution president Thomas D'souza had formed three committees and were given the task to find out the various problems that the producers are facing and submit their reports. The committees have almost submitted their reports and the concerned parties are meeting to find suitable solutions to the producers.

Meanwhile, the protesting producers have given a deadline of June 10th to the KFCC to solve all their problems. If the problems are not met by that time, the producers have decided to go on a hunger strike and has also threatened to lock the Karnataka Film Chamber of Commerce and stop all the film related activities from the 11th of June.

With the producers giving such a deadline, it has to be seen what step does the film industry take?