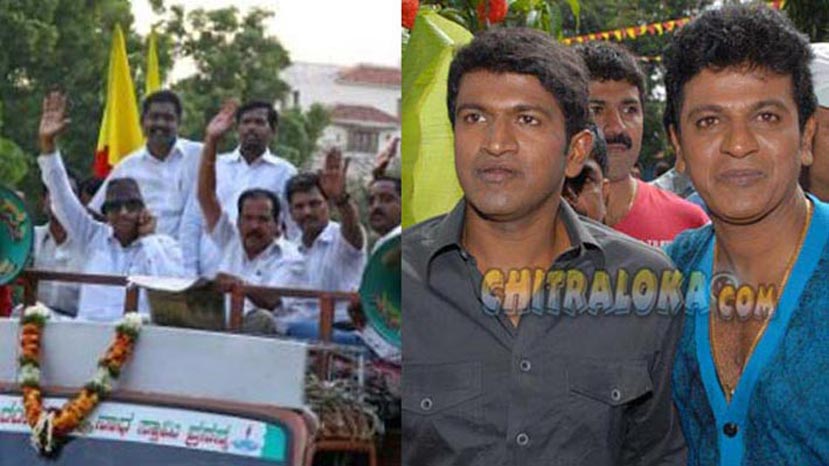 Actors Shivarajakumar, Puneeth Rajakumar, Prem and Jagges participated in the rally and bundh called by the pro-Kannada organisations regarding the Mekedatu issue held today.

The Karnataka Film Chamber of Commerce recently had decided to stop all the activities related to films on the 18th of April and support the bundh called by the Pro Kannada organisations.

The industry had closed down for a day and even the theaters had stopped the morning show and matinee shows across Karnataka.