KFCC Felicitates and Submits a Memorandum to Mayor 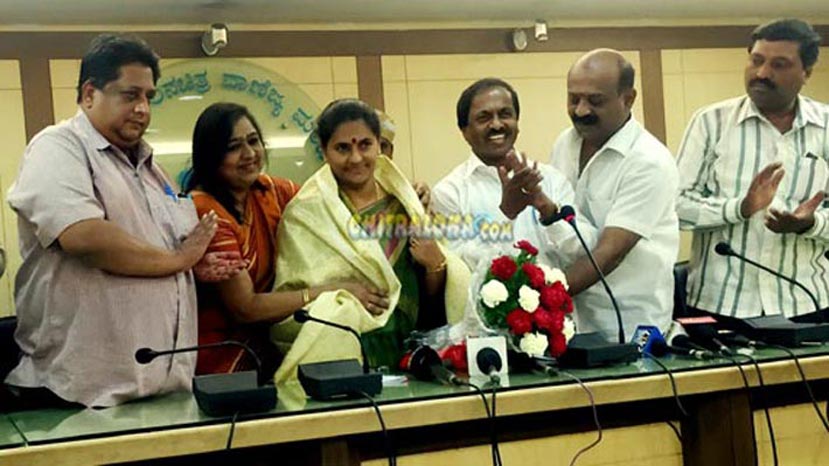 The Karnataka Film Chamber of Commerce on Wednesday afternoon, felicitated Bangalore Mayor Shanthakumari and submitted a memorandum regarding street publicity. Not only the Kannada film industry but all the film industries have strongly depended on street publicity including posters and hoardings. But in the recent years, the BBMP staff have been very strict and is hellbent upon removing the posters and hoardings, to beautify Bangalore city. With this medium of publicity being closed, the producers are finding it difficult to promote or publicise their films.

So, the KFCC submitted a memorandum to the Mayor to identify few places for posters and hoardings so that the producers and makers use it promote their films. Mayor Shanthakumari in turn said she will see into the matter and take necessary to help the Kannada film industry and the producers soon.