I Am Part Of This Blessed Family - Shruthi Hassan 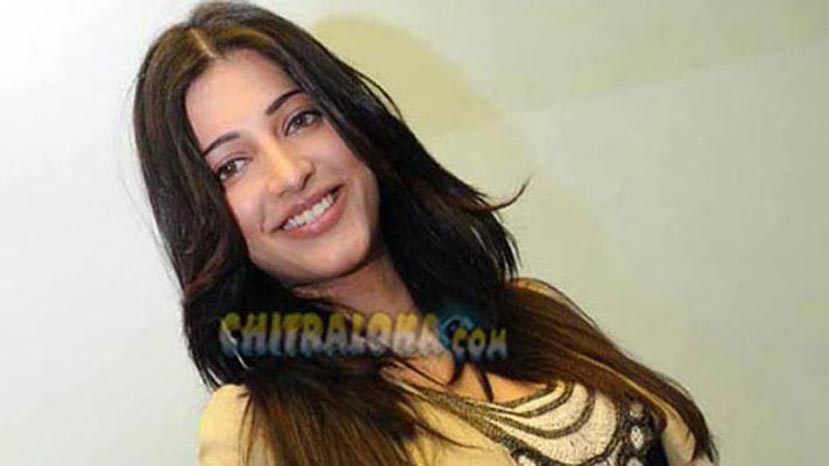 The first day Next Generation awards presentation and fashion show function was delayed as the function which was to start at 5.30 P.M. Dubai team almost started three hours late. Middle East's popular news paper Gulf News gives below the description of the first day function and also documents the interview bites.

“About 30 artists were supposed to arrive early evening for Gen Next, but they arrived late and by the time they checked into the hotel, it was way past 7.30pm,” said Anuj Rai, SIIMA organiser.

The delay may have left the guests fuming, but the stars from four south Indian states took this opportunity to play catch-up. While R. Madhavan warmly embraced his colleague Abbas and actress Khushbu, heart-throb Rana Daggubati walked in with actress Trisha after 10pm.

Singer Dhanush, after a daylong fruitful shopping expedition at Deira City Centre with his wife Aishwarya, ended the night on a good note.

He took home the SIIMA Sensation of South India award. “I feel so overwhelmed. It’s a prestigious award and I am glad I could do this for my parents,” said Dhanush, clutching his golden trophy to his chest.

“I am so proud to be here today. Thanks to SIIMA, I am part of this blessed, wonderful family. It’s great to have stars from four south Indian states under one roof,” Haasan said. Meanwhile, Madhavan, set the stage for his appearance as anchor for the grand award-presentation ceremony, held yesterday at the World Trade Centre.

“There won’t be any rude jokes. My stand is that if you are here to honour talent, you should never disrespect them by making fun of them.

That doesn’t work with me,” said Madhavan, who said he wished to make SIIMA in Dubai a regal affair.

Bollywood actor Sonu Sood walked away with the SIIMA Most Stylish Villain Award.

“I don’t belong to south India, but it feels great to be accepted so warmly in the south. I feel as if I have always been here — part of your films,” he said.

A fashion show led by star showstoppers, including Lakshmi Rai and Shreya Saran, were also rolled out along with stirring performances from rising singing star Vijay Yesudas.