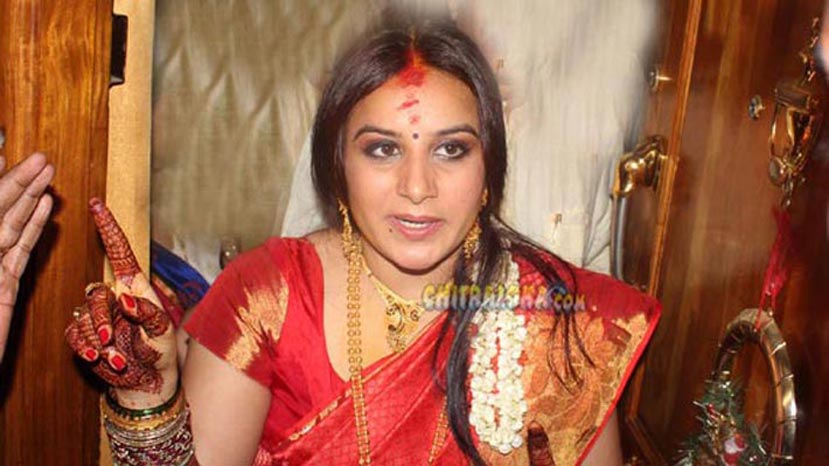 Actress Pooja Gandhi says she is not getting married any time soon and recent reports about her impending marriage is only speculation. Speaking to Chitraloka, Pooja Gandhi said that marriage is not on her mind for a few more years.

"I just want to concentrate on film production and I also have plans for another business. So I cannot think of marriage for 3-4 years. There is so much work to do in professional life and at the time being I cannot devote time for domestic life," she said.

In the last few days there is speculation that Pooja Gandhi is marrying director Satish Pradhan. The two are working together in the film Abhinetri in which Pooja is the lead actress and producer as well. The two successfully managed a court case against the film alleging that the film's story was taken from a serialised book. But Pooja and Satish won the case by revealing that the film was based on the life of late actress Kalpana.