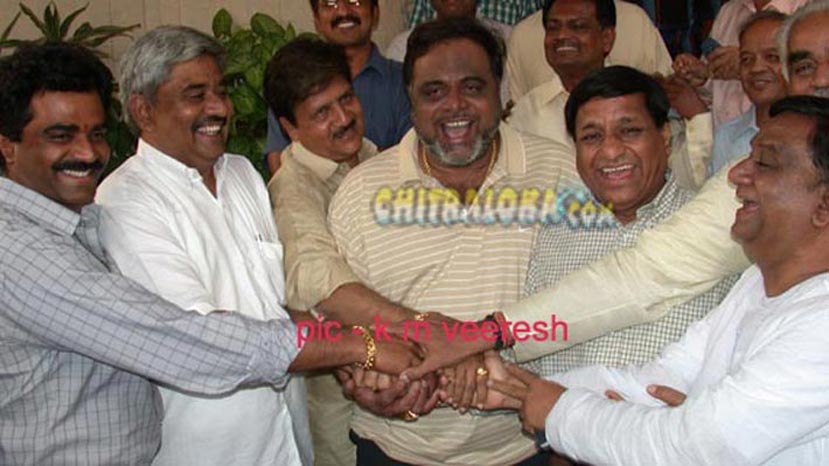 The sitting member of Parliament and noted actor Ambarish admitted that his formula to give amicable solution to the ongoing 7 weeks moratorium for non Kannada films has failed. ‘I knew like others that the SC order would be like this’ Ambarish disclosed at meet the Press at Bangalore Press Club on Saturday afternoon.

Now we have to watch what happens on 18th and respect the SC order. Now that the Karnataka CM has taken initiative I am hopeful of a confident result he said. Asked on the formula he has worked he said there is no use in my strategy. I have told the industry friends that the formula would satisfy everyone. But as we know there are many speakers on behalf of the industry. All tom dick and harry went on his own and starting issuing statements. I would request the media not to give attention to everyone. Ambarish made a humble request to study the person who is saying something and put it in the new columns.

In my career of 32 years I have not seen my cut out in Bangalore Cantonment area. I went to Solapur sometime back. The people asked me to speak in Kannada there. There was so much of respect for the language that we may not see on Kempegowda road Ambarish quipped.  I don’t blame anyone. That is the system and we have to live within it. For the non- Kannada films the 4 prints formula earlier announced should have been well maintained. When the liberty was shown to them they started coming with too many prints. Who is responsible for this grave lapse? Ambarish questioned.

See what happened to the issue related to the service charge. When the government has passed an order adhering to the producers sectors the exhibitors raised their theatre rent from Rs.1.85 lakhs to 2.30 lakhs. Those who voiced for the order received pains Ambarish opined.

Ambarish also went down memory lane. Had my mentor given me a chance in Nagarahavu I would not come to this situation. In Shumangala film also my mentor Puttannaji said I would become a popular person. That was his great vision.

Ashok Kumar vice President of Press Club of Bangalore, secretary Sadashiva Shenoy, general secretary K.M.Veeresh and past secretary Ponnappa were on the dais at the Ambarish meet the press.