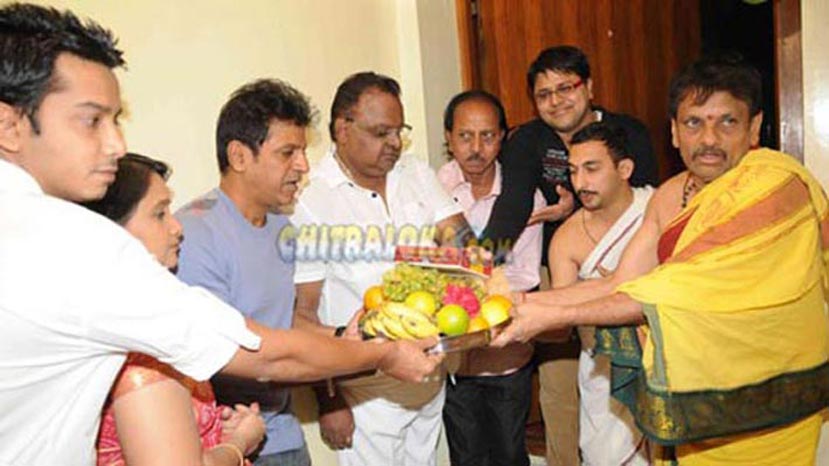 Century Star Shivaraj Kumar has denied all the rumors and a news item published in a section of the press that he will not be working in Aryan produced by Kamar and directed by D.Rajendra Babu.

"This news item has really surprised me.  I am getting calls from many media friends and even my fans.  The news that I have opted out of "Aaryan' is baseles and it is to hurt a budding project with a fine script.  My producers had come in the Morning to talk to me about the news item, I just said that  I dont know how people can write imaginary things without substantial evidence. No one has approached

me till now to seek a clarification about the rumors. I had discussion with Rajendra Babu uncle even yesterday.   Today Uncle spoke to me and told me about the report.  I am sorry some body's imagination can go so wild. I want to confirm that I am working in the project and I am very much interested to work in such a good script' said Shivaraj Kumar in  a chat with Chitraloka Mega Portal.

The Portal has been receiving phone calls from the unit of  "Aaryan' including director D.Rajendra Babu, producer Kamar and many fans regarding the publication of this news item.

D.Rajendra Babu said that he was unhappy that baseless rumours are being published in the print media without verifying facts.