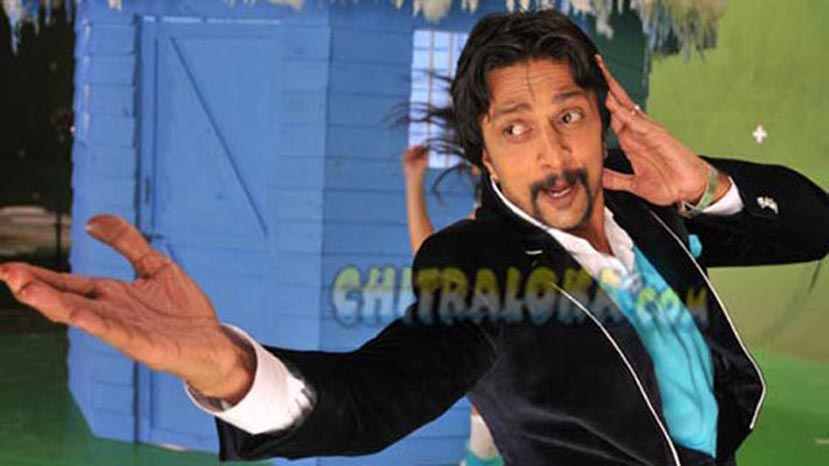 Kiccha Sudeep who has played the title role in Shankar's Varadanayaka' directed by Aiyappa Sharma  was as anxious as any other fan as to how  Varadanayaka would get an opening on the day of release. Full houses was expected, but the level of enthusiasm shown by fans on day one in all the centers of  Karnataka has really excited him. In his latest tweet Kiccha has bared his happiness and excitement over its humangous opening even when he had no release for thirteen months.

ths's nuthn bt th luv u all'v showerd on me again n again,,tnxx Its an unexplainabl feel,when fr more than an year I've had no release, n when there is one,it opens this hugely,Outa sight isnt outta mind after all

Talking to Chitraloka in the evening, Kiccha who was shooting for a  song sequence of  "Bachchan' in Abbaiah Naidu Studios said that besides the appreciation from the fans and the people connected to the film, he was surprised at the way industry people had reacted to the opening of the film.  'What was  quite exciting me is the fact even  many industry veterans were calling me to congratulate for the performance and  the huge opening that the film has obtained.  I would credit the success of the film to the entire team's hard work.  The efforts put in by director Aiyappa Sharma, Arjun Janya and my brother Chiru can be seen' says Kiccha.

Certainly a humongous  opening compared to other  previous successful films of Kiccha  like "Kempe Gowda',  Vishnuvardhana  and Veera Parampare.