Puneet is One Of The Best Actors - Samuththirakani 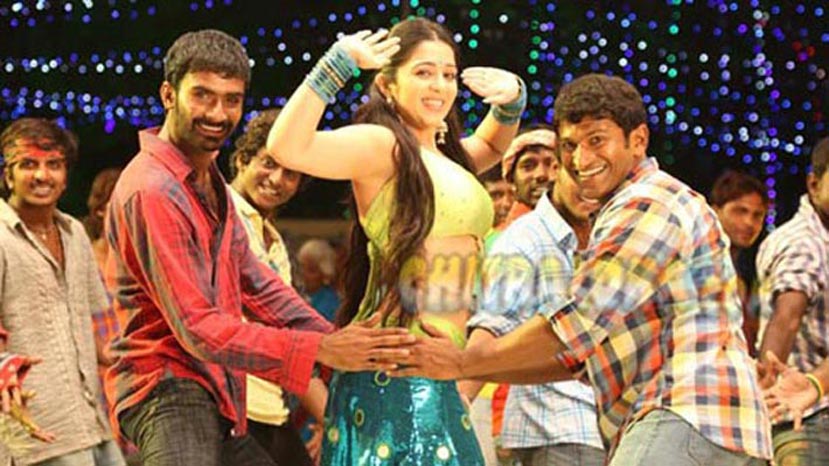 Yaare Koogadali director Samuththirakani who is well known as a director and actor in the Tamil, Malayalaam and Telugu film industries has made a debut to Kannada films now.  His first film Yaare Koogadali starring Puneet is all set to release on Decemb er 20. HE has proved his talents as a director through trendsetting films like 'Nadodigal' and "Porali' which have been remade in Telugu and Kannada respectively.   Nadodigal will also be likely to be  remade in Hindi shortly.  As an actor Samuththrakani has worked in Tamil and Malayalam films.

Talking about his experiences of directing "Yaare Koogadali', Samuththirakani says that the Kannada film industry has some great talents in the acting and technical segment.  HE also says he enjoyed directing a big star like Puneet Raj Kumar who is certainly one of the best actors of the country.

"I can say with lot of confidence that Puneet is one of the best actors and is all set to reach greater heights in the coming days.  He has style, talent , passion and commitment  to reach out a large section of audience inside and outside Karnataka.  He can set benchmarks through his performances if right roles are offered to him.  I would like to do more films with him and I have already briefed a story to him which he has liked' says Samuththirakani in appreciation of  Puneet's  acting capabilities as reflected in the film "Yaare Koogadali'.

"Yogish is another good actor who is capable of handling different type of roles. When I started shooting for the film, I did not realise that I am directing an actor with such a great talent.  I am happy to have worked with him and I want his talent should have a wider reach' says Samuththrakani.  He also praises actors like Shobharaj whose versatality is clearly visible in the film. .

Kani is happy to have worked with music director Hari Krishna whom he says can produce top class music many times instantaneously.

"I promise Kannada films that "Yaare Koogadali' will not be  just a remake of  my Porali, but some thing more and absorbing than the original.  We have put in lot of  efforts to make the film more appealing than the original.  It will not be just a paisa vasool commercial entertainer, but would also make the audience to think and act bravely in times of adversities' says Samuththirakani in this special interview with Chitraloka Mega Portal.