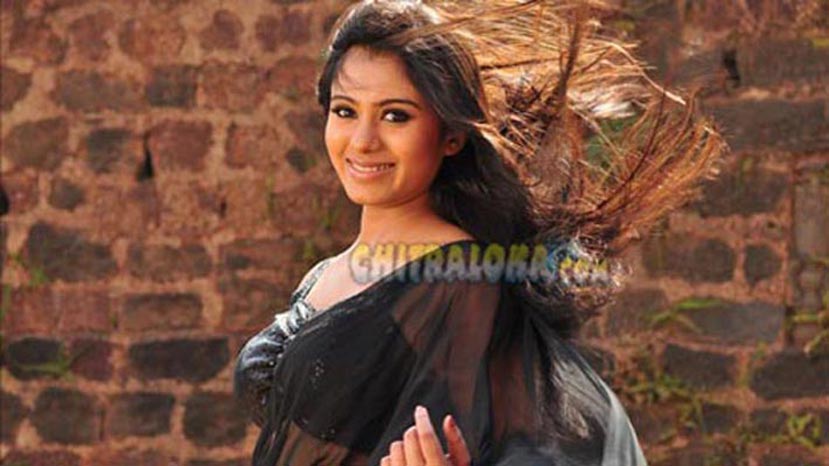 Glamorous Diva Deepa Sannidhi will not be working in Shashank directed Bachchan which has Sudeep as the hero.  A change in the final version of the script has necessitated the change as the new script had shortened her role.

Chitraloka' Mega Portal contacted Deepa Sannidhi to obtain her reaction about her decision to opt out of the role. .  The glam girl who had two big hits in her first two films of her  career and  the third  film which is still  running in theatres has already become a hot choice  for several projects that were to be launched in the next few days.  She will be working with Vijay in Chakravarthy and many other projects are in the pipeline. Deepa has finished two schedules for her film Sakkare in which she is teamed up with Golden Star Ganesh.

"There was change in the final script  which was evolved after director Shashank wrote several versions of the script. My role was altered due to expansion of other characters.  When I discussed this aspect with director Shashank, I said that it would be embarrassing for me to  play the role which has been shortened due to the necessities of the script.   Shashank also agreed and said that  he tried his level best to keep intact some sequences which could have showcased my performance, but could not succeed because of the way script had evolved in its final shape. We mutually agreed that it was not right to play this role at this point. Therefore both us agreed mutually on this decision.  The producer Uday Mehta who had selected me for the role before the final script was evolved was a little unhappy, though.  He has promised that he will definitely work with me in a future project.  I will respect the creative decision of the director ' said Deepa Sannidhi.

Shashank also agreed on Deepa's version and said that the script had undergone several changes which meant that the heroine of the stature of Deepa Sannidhi was not required for the much shortened role.   "We had earlier said that Sudeep will have three heroines and we will continue with this film with three heroines.  But Deepa being a true professional has respected the director's creative decision. I am happy about it and wish to work with her in any future project' said  Shashank.