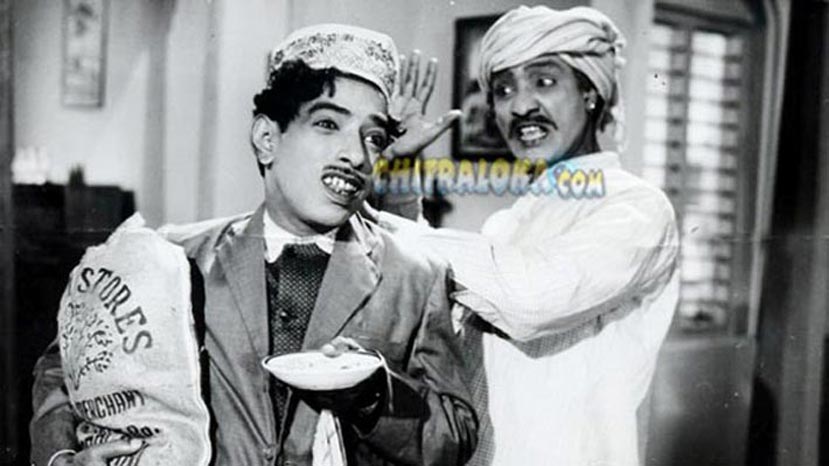 Balakrishna and Narasimharaju were two of the greatest comedy actors in Sandalwood. Balakrishna even dabbled in villain and later character roles. After them, there have been a host of talents who filled a special category of comedy-villains in Kannada. Among them, Dhirendra Gopal created a space for himself by his unique dialogue delivery style. He was responsible for the revolution in the audio cassette industry with his dramas. Naagarahaavu was his first film. Over the years, films like Paduvaralli Pandavaru, Ranganayaki, Amarnath, Simha Jodi, Gajapati Garvabhanga, Naanobba Kalla bought him fame.

Another comedy-villain who won through his voice was Musuri Krishnamurthy. He too had a theatre background and shot to fame in the role of Connection Kaalappa in the film Paduvaralli Pandavaru. Dinesh was another actor whose voice and dialgoues brought him recognistion. He made his debut in 1964 in the film Naandi. He played the second lead in the film. After this, he played the role of villain in films like Gange Gouri, Beedi Basavanna among others. After playing the villain's role in more than 50 years, he changed track in Puttanna Kanagal's Karulina KAre.

The death of Narasimharaju and Ranga had created a void in Sandalwood for comedy actors. Dinesh, along with others filled this gap. He was the master of comedy-villain roles. Ramapurada Ravana was Dinesh's 200th film.