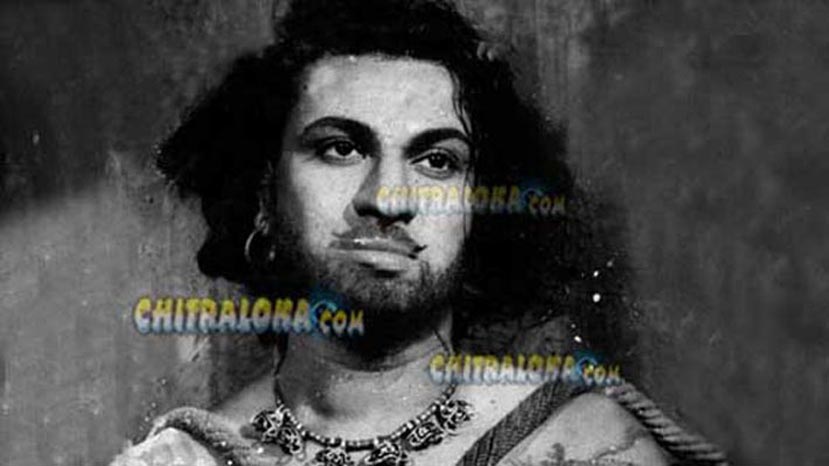 In 1954, Rajkumar made debut as the leading man in the film Bedara Kannappa. As seen earlier, his role in Sri Srinivasa Kalyana two years earlier was a minor one.

Mutturaj was a theatre actor who had done important roles in Subbaiah Naidu's theatre company Sahitya Samrajya Nataka Mandali. He was a popular actor in theatre in plays like Bhakta Ambareesha, Bhookailasa, Jagajyothi Basaveshwara among others.

Mutturaj had married Parvathamma on June 25, 1953. It seemed like his fortune changed after the marriage. When he was camping in Hospete, a letter from Karnataka Films based in Chennai called him for the makeup test for the film Bedara Kannappa. HLN Simha, who was fixed as the director of this film, had sugested Mutturaj's name. For the film, Mutturaj became Rajkumar. The film released on May 7, 1954 in Bangalore's Sagar and Shivaji theatres and New Opera theatre in Mysore. It was also released in more theatres across the state. It was in this same film that Narasimharaju made his debut as an actor. Gubbi Veeranna produced and HLN Simha directed the film. R Sudarshnam scored the music for this film.

The Central Government gave this film a qualification certificate. Bedara Kannappa became the first Kannada film to get a national award.

History 19 - Gubbi Veeranna Continued To Be a Pioneer