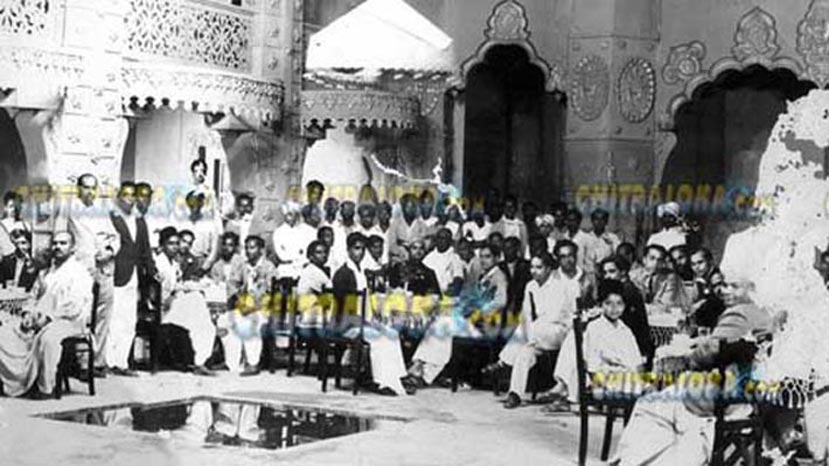 In 1936, a sophisticated studio was started in Malleshwaram. Thimmaiah, a bus owner, started this studio called the Mysore Sound Studios. The film, Rajasuyayaga, made in this studio, became the first Kannada film to be shot in Karnataka.

T Dwarakanath, who was a professor in a government professional college and the supervisor of the studio, produced Rajasuyayaga. MV Raman, who later directed several Tamil films, was the editor of this film. Bomman D Irani who was the cinematographer for Honnappa Bhagawatar's Bhakta Kumbara was the cameraman for this film as well.