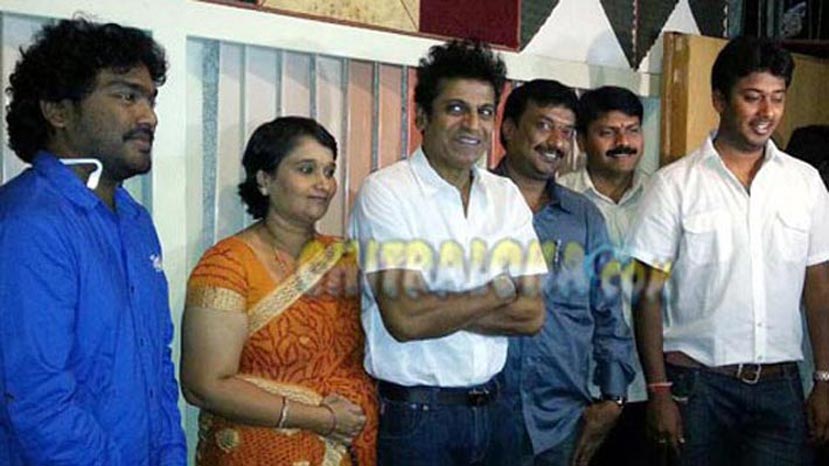 The music launch of Shivaraj Kumar starrer "Bhajarangi' directed by Harsha and produced by Nataraj started today morning in Ashwini Recording Studios.  Shivaraj Kumar and Ms. Geetha Shivaraj Kumar was present along with many well wishers of the producer and director.

Arjun Janya is the music director of the film.

Harsha has written the story and script besides directing the film. Of course he will also be choreographing the dance sequences of the film.

Talking about "Bhajarangi', director Harsha said that the script of the film is itself out of the box and the film will have both rural and urban outlook. I did not want Shivanna to have a six pack abs, but the actor determined to tone up his body once he heard the full script for me.  His excitement in preparing for the role has increasing my responsibility' says Harsha.

Shivaraj Kumar said that he was eagerly looking forward for the shooting of the film as Harsha's script has realistic and commercial touch.

There are two heroines of the film.  Both Priyamani and Bhavana who were considered earlier have been kept out of contention. A new girl will be paired with Shivanna, while another experienced actress will be selected for the elderly role to be played by the Century Star himself.

Ruchitha Ram the heroine of "Bul Bul' was considered, but later she could not be accommodated because of the dates problem.  Finally three models have been shortlisted out of which one actress has to be selected.

Meanwhile producer and distributor Jack Manju will be distributing the film all over Karnataka.

I Have Become a Huge Darshan Fan - Anand Appugol 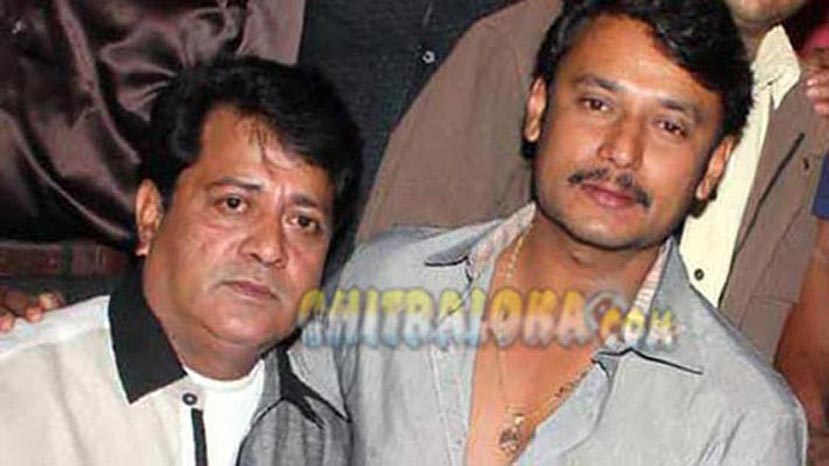 Anand Appugol, producer of the blockbuster film "Kranti Veera Sangolli Raayanna'says that his relationship with Challenging Star  is on an elevating graph since he launched the film. "Each stages of production I saw his great commitment to the project and later when the film was released I was able to see  the huge fan following of the actor and how closely he moves with his fans. I have also become a huge fan of Darshan sir' said Anand Appugol.  He was speaking about the Darshan in a press meet organised to announce the date of 100 days celebrations.

Anand Appugol said that as the film distributor H.D.Gangaraj has already revealed, his film has earned the highest collections in the Kannada film industry.   The 110 day celebrations will be held on February 22 in Bengaluru. Anand Appugol's birth day falls on February 22.

Anand Appugol also announced that he is launch another big budget film with Darshan on August 15. The press meet had many artists who had worked for the film and also director Naganna and his team of technicians. 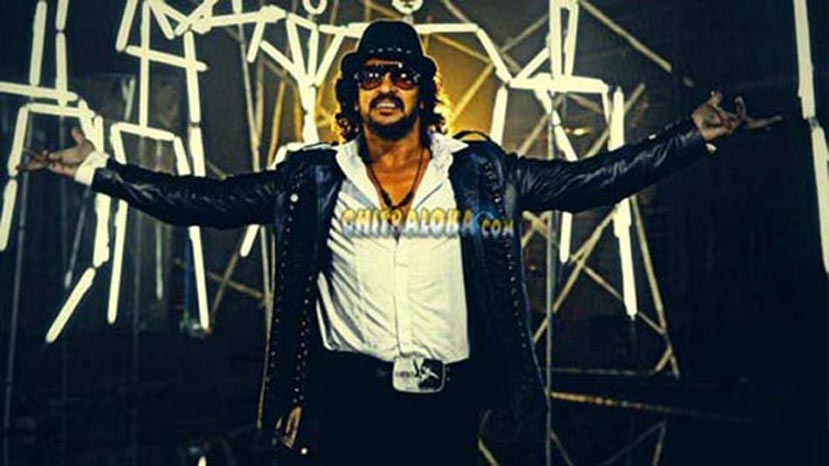 Upendra-Bhavana starrer "Topiwala' directed by RJ Sreeni and produced by Kanakapura Sreenivasa and K.P.Srikanth is to be released sometime early in March.   Now, the audio of the film for which Hari Krishna has delivered music is being released to market on 13th February, Wednesday.

Ten days later there will be an official audio release function organised by the Producers of the film in Kanakapura. Shivaraj Kumar, Raghavendra Raj Kumar, Puneet Raj Kumar, Golden Star Ganesh have been requested to be the chief guests of the function.  The other dignitaries of the function will be known later.  Meanwhile, there will be stage shows of the songs done by dancers included in the programme.

The song visuals of the film's popular song "Malli Malli Manchakkeshtu Kaalu' has been released to websites and channels with popular hits. The song has been shot on Chennai sea shore with a cost of around Rs. 50 lacs, says K.P.Srikanth. He said every other song in the film has been shot with an expenditure of Rs. 50 to Rs. lacs.

The lyrics, steps and Upendra's styles will certainly become a rage says KPS.

Memorial for Raayanna and Chennamma in Belgaum 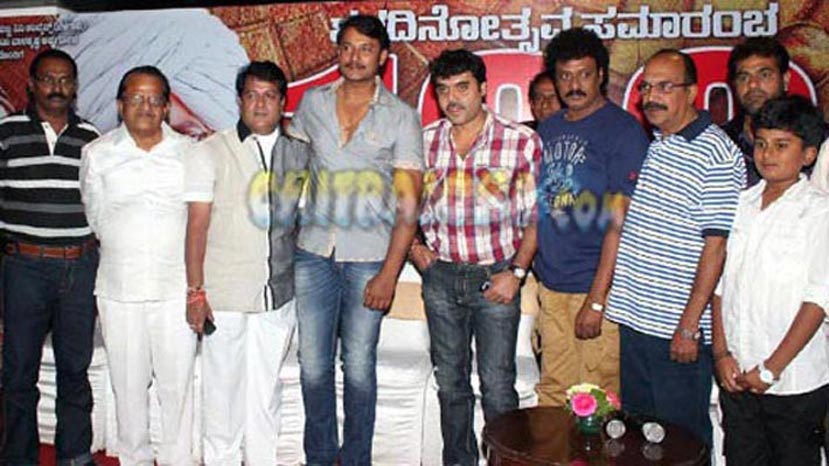 Anand Appugol, producer of  KVSR is not interested to take in profits from his blockbuster venture.  He is more interested to see that the profits to be distributed for needy.  He is planning a big memorial for Raayanna and Kiththoor Rani Chennamma in Belgaum. He has earmarked Rs. 10 crores of the profit after the film is fully exploited in India and abroad.

KVSR has the potentiality to touch Rs. 100 crores including revenues from the dubbed versions and business in abroad, says Anand Appugol.

The film will be dubbed in six languages.

Appugol has am ambition to set up a fully equipped latest technology Kalyana Mantapa and organize 1001 mass marriages in it, A massive home for aged and orphans are his other plans from the earnings.

The concession in admission rates in theatres has enabled nearly 50 lakh students from various school and colleges to watch "KVSR"."I am expecting nearly one crores students in Karnataka to watch this film' said Appugol.

22nd February is the birthday of Anand Appugol and on that day or a few days later he is organizing a lavish 100 days event of 'KVSR'. 500 Panchaloha 'Rayanna' idol are ready for memento presentation on the 100 days event day. 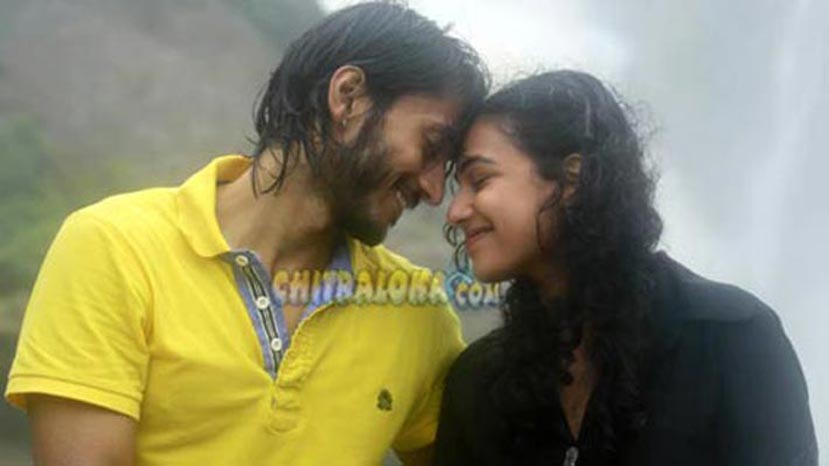 Vajreshwari Kumar's presentation "Mynaa' directed by Nagashekhar will be shown to the censor board members on Wednesday and is expected to get a certificate smoothly.  Chethan and Nithya Menon are paired in this film which is slated for release on 22nd February.

Talking to Chitraloka, Kumar confirmed that he has already set very good theatres around the state for release of the film which can be considered a huge production.  "I am releasing the original Kannada version now and later release the dubbed versions in Tamil and Telugu during the summer.

Nagashekhar is quite happy that his efforts have borne fruit and says that qualitatively the film is much better than his previous hit "Sanju Weds Geetha'. Already our audio has become such a massive hit and songs have become so popular, I am sure that audience will enjoy the picturisations of these songs also.

Nagashekhar also gives credit for his technicians Sathya Hegde, Jessie Gift, Fight composer Ravi Varma, Designer Sai for doing a wonderful job in the film. "Sathya's work will be spectacular. He is undoubtedly one of the top cameraman in the industry' said Nagashekhar.

According to Nagashekhar the film will bring lot of appreciation for his lead artists Chethan and Nithya.  "Totally it is a combination which has worked for the film. Sharath Kumar's portrayal of the role of a sympathetic but yet dynamic police officer is superb. I can go on telling each and every high point of the film.  I have worked really hard and would like to savor the success from 22nd February' says Nagashekhar.