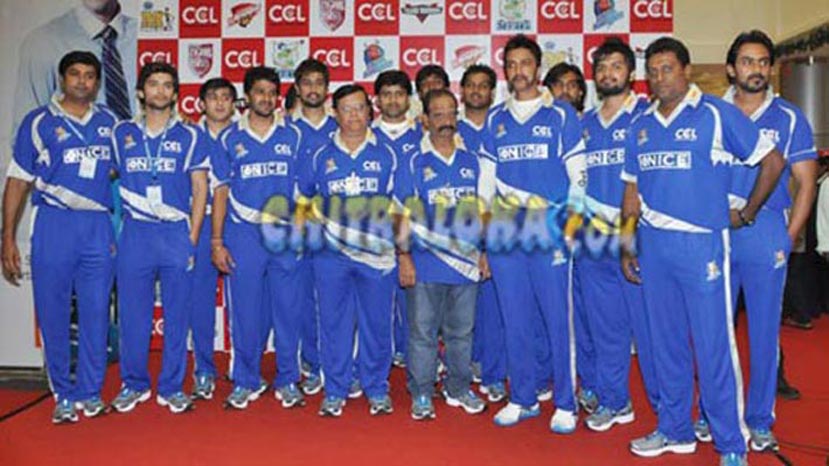 The players and the team mnagement of  Karnataka Bulldozers team returned to Bengalore on Sunday evening.  They boarded 2.20 P.M. flight from Hyderabad to reach Bengaluru at 3.00 P.M.

The team's morale has not waned the agenda was to beat Chennai Rhinos on Saturday night.  But rains prevented the play to be resumed after six overs of playing in which KBL team scored 42.  The KBL and Chennai Rhinos shared a point each from the match.  The next match will be played in Chennai on March 3rd.

A number of producers of Sudeep's films had also gone to Hyderabad including Uday Mehta of Bachchan,  Nimishambha Chandrashekhar and Soorappa Babu.  All of them returned to Bengaluru in the same flight along with Rockline Venkatesh and Mohan of Prasanna and Pramod theatres.

Ajit Shooting to Resume on Monday 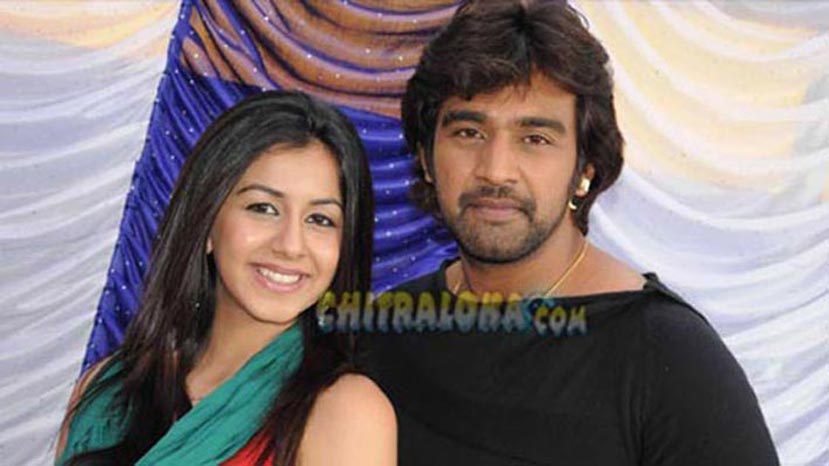 Mahesh Babu directed Chiranjeevi Sarja starrer "Ajith' which has completed four days shoot in Mysore at various places in Chamundi Hills and peripheries will resume its shoot on February 18 in Bengaluru.

Director Mahesh Babu confirmed that the shooting which was cut short because Chiru was going to Hyderabad to play the CCL match, will now resume from Monday.  Two days shooting is to take place in Bengaluru after which the unit will be proceeding to Mumbai to shoot for two days in Mumbai. Mahesh Babu has decided to shoot  four days in a week till March 10 in near by places to complete some portions of the film. 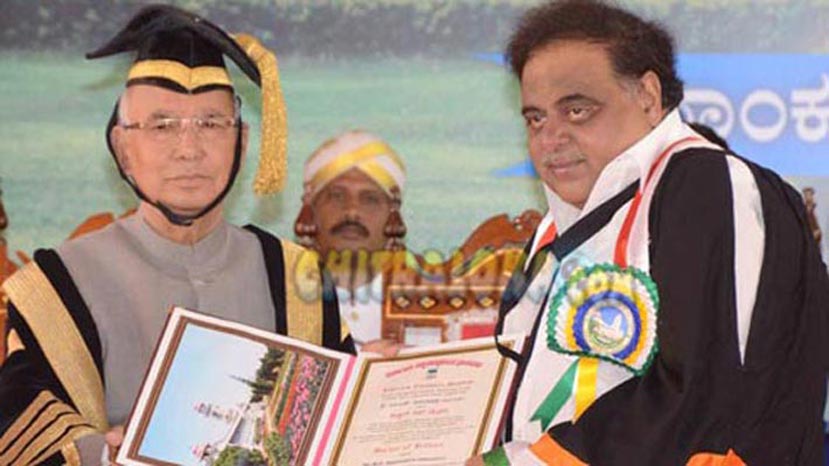 The presentation of  Honourary Doctorate to Rebel Star Ambareesh is one development which does not  invite any controversy. The magnetic  personal of Ambareesh is such that it would expand his friendship band each day.  And his matured way of solving problems in the industry  has resolved many crisis situations. It is just that more than Ambareesh deserving doctorate, it was the recognition from a University to his four decades of service to the film industry, politics and social service.

How Ambareesh has helped producers, directors and even many artists to get good breaks is the story that if often spoken  in the film industry. His eternal  friendship with Dada Dr. Vishnuvardhan, the way he brought warring factions together  is legendary.   Even Dr. Raj Kumar was hugely impressed with his straight forwardness and helping nature.  All the younger actors and otehr super stars look to him for guidance and want his suggestions to overcome their personal problems.

Dr. Ambareesh deserves many awards from national and international level. 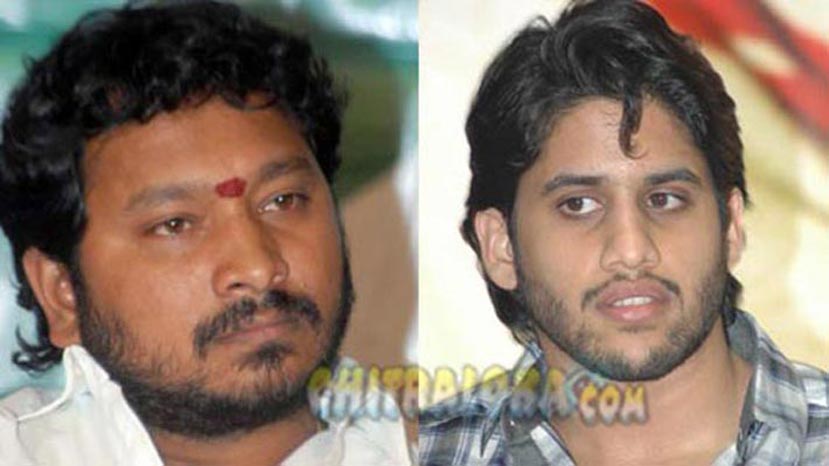 Now, it is confirmed that director R.Chandru's recent film "Charminar' which is running well in Karnataka will be made in Telugu. Young Naga Chaithanya son of  Nagarjuna is the hero of the film.  On Saturday evening Naga Chaithanya saw "Charminar' the Kannda hit film at a preview theatre in Hyderabad and expressed his desired to act in the Telugu version. He saw the film with the R.Chandru and Telugu producer Lagadapati Sridhar who bought the remake rights.

Besides getting substantial amount for selling remake rights, R.Chandru has been chosen as the director of the film.

Chandru confirmed that he will indeed to directing the Telugu film and said that he will in all probability start shooting after two months."It all depends on Naga Chaithanya's dates. We have yet to select the heroine.  We have decided to change some sequences and write some new sequences which will make a good impact' says R.Chandru.

Chaitanya is reported to have said he was moved by the movie. "Liked the way the director narrated the story. Yes, I am interested in Telugu remake of it," he added.

Naga Chaitanya is currently doing a film that is remake of Tamil hit movie Vettai. And his Hello Brother in the direction of Srinivas Reddy is also sort of remake. "Hello Brother' was earlier made with Nagarjuna. 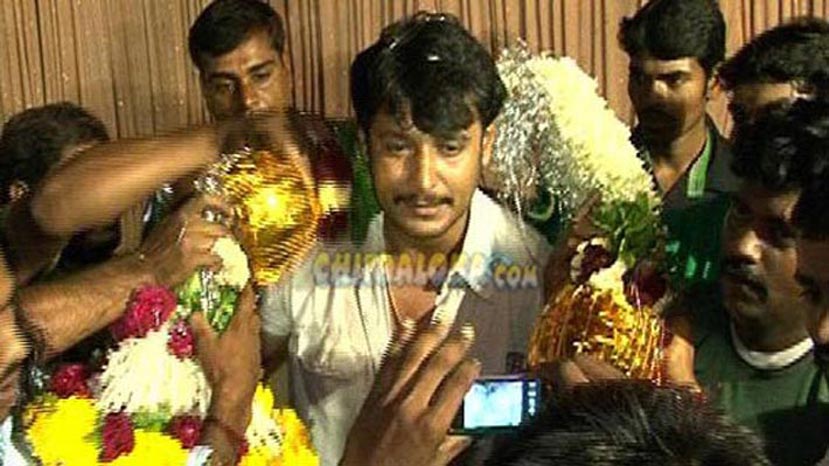 At the stroke of midnight, Challenging Star Darshan cut his birthday cake in presence of fans. well wishers and family members. Darshan was so happy that he even put the cream of the cake to his friend and now film producer Kadu's face. Crackers were burst in the occasion Producers Sreenivasa Murthy, Suresh Gowda and Ba.Ma.Harish werepresent.Lots and fan associations had brought in colourful birthday cakes which was cut one after the one. The fans had come from all parts of the state and it looks as if Darshan has to spend the whole day with his fans. 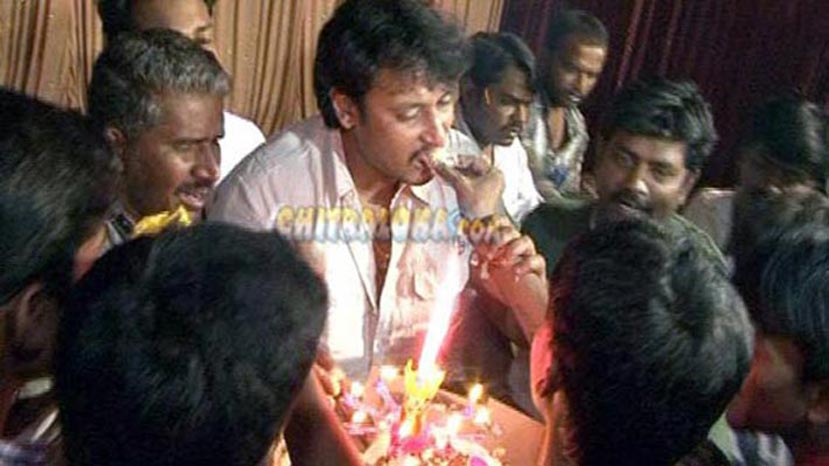 Darshan's new film "Brindavanam' will be launched today at Kanteerava Studios and the Challenging Star has to go out of his residence for two to three hours to be part of the muhurath.

Meanwhile a fan sustained injuries when he tried to cross barricade. Police had to resort to laticharge when the fans tried to move towards Darshan.