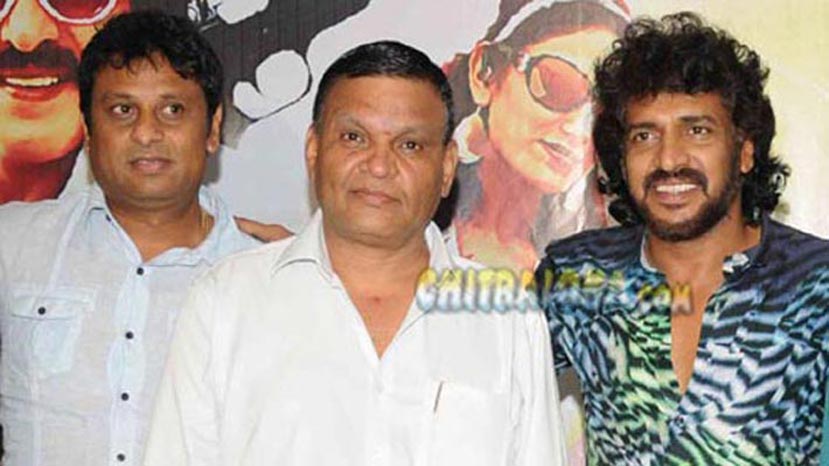 Kanakapura Srinivas, one of the well-known producer of big-budget films in Sandalwood, had an amusing policy. Some people called it a harmful superstition even. He never had a pre-release projection for any of his films. Even he would never watch any of his films before they were released in theatres or let other technicians watch it. For several years, he has followed this policy without fail even when many of his friends in the industry cautioned him to be wiser.

However, for the first time, this self-imposed regulation has been broken for Topiwala. Another producer of the film MP Srikanth was instrumental in this. The two producers and a few select friends and technicians watched the film three days ago. Srikanth said, "I forced his (Srinivas) hand. He had never let anyone watch his films before release. But I managed to convince him. By not doing so, we have suffered in a previous film. This is not the time to worry about superstitions and traditions. After watching the film, all of us are happy and I can say with confidence that everyone in the audience will like it. Watching the film gave the confidence and peace of mind." 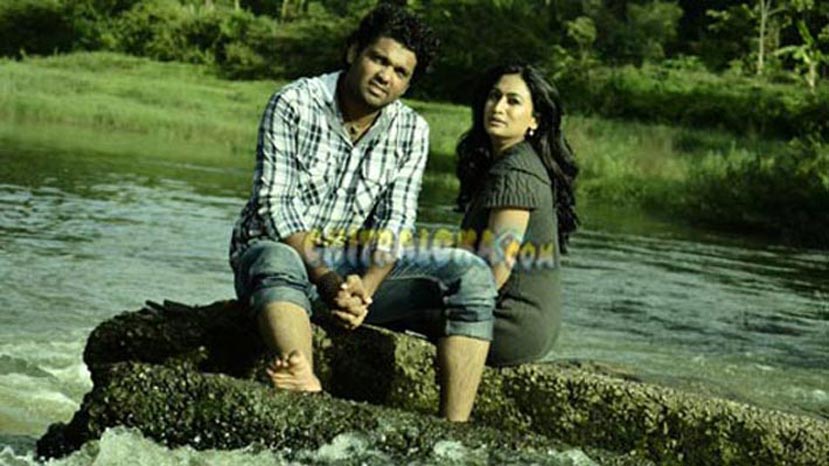 Perhaps, 'surprised' does not convey the complete truth. Because the amazing opening of Simple Aag Ond Love Story has astounded Sandalwood. "How did the film get such an opening," is the biggest question facing most producers and directors. In what is a rude awakening for the established film makers who till now gave Internet promotion only a lip service, SAOLS has proved that marketing the film online, through film websites, social networking sites like Facebook and video sharing websites like Youtube is as good as if not better than the traditional methods of advertising in print, television, radio and hoardings.

This phenomenon can be easily explained. Chitraloka for example has an average unique visitor number of 3+  lakh readers per day. All of them visit the website only for information about Kannada films. It is a niche website compared to a newspaper with similar circulation but where not all readers are interested in films.

Secondly, internet usage is not just confined to Bangalore. On Friday evening, a producer expressed surprise that SAOLS got a huge opening even in Tiptur, a comparatively small town. Every other teenager these days has a mobile phone. The most shared content between phones are film songs, clippings and promos. The promos of SAOLS did not become popular because of television alone but mostly due to the sharing on Youtube, Twitter and Facebook.

The home page of SAOLS on Facebook was one of the most active web pages related to Kannada in the last few months. More than the film makers, it was Kannada film fans who marketed the film online aggressively, through discussion forums and sharing.

In Hollywood, marketing and promotion by fans started and got a definite shape with the film Snakes On A Plane. When no established studio or distributor was willing to release the film, film fans, especially bloggers aggressively marketed the film. They were also responsible for the film retaining the same title. Since then, a major part of film marketing and expenditure in Hollywood happens online.

The trend in Kannada did not start with SAOLS. Many films have tried online campaigns, but on a low scale. Young directors like Pawan Kumar used the cyber world and even managed to get funding for his new film Lucia online. In smaller ways, other film makers also ventured online. Surprisingly, the first Kannada film to have an official account on Twitter was Varadanayaka, even though dozens of Sandalwood actors have personal accounts and a large number of followers.

On the other hand, fan clubs of actors are promoting films of their favourite stars much more effectively. Hopefully, Kannada producers will take a bigger interest in online promotion henceforth. 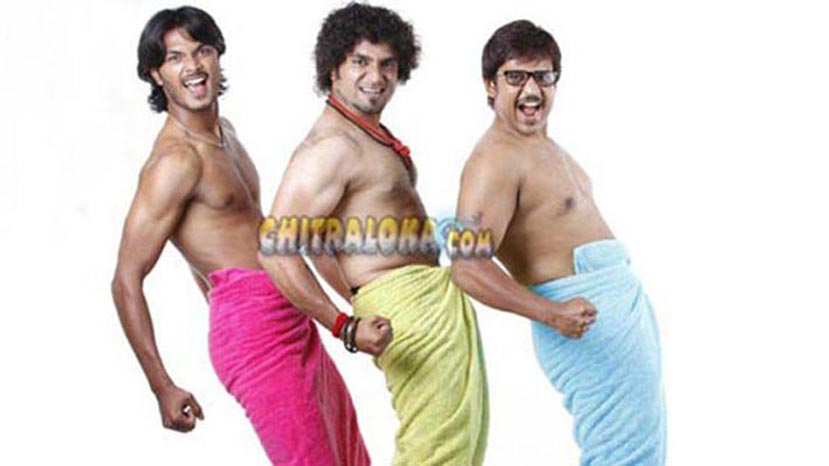 There was a triple audio of the multi-starrer Loosgalu on Saturday. First the digital launch of the album was done by KFCC vice-president Umesh Banakar. With the digital launch, the audio is immediately available on various websites like Flipkart apart from mobile downloads.

Secondly, the CDs of the film was launched by music composer Vani Harikrishna. She said that being a singer herself, she decided to use new singers from Bangalore. Four new singers have sung for the album. The CDs like the invitation of the film earlier, were taken out of a bin. Third, the video songs were launched for television by the film crew.

The film is directed by newcomer Arun and produced by Sayed Hussain. Sri Murali, Akul Balaji and Shriki are the three 'loosegalu' in the film. They have for company, Rekha Vedavyas, Aishwarya Nag and Shravya.

Sri Murali said that at a time when making films has become a tough task, the film makers in this case have managed to make a multi-starrer without compromising on any detail.

Umesh Banakar spoke after the launch and said Arun had worked as an assistant director in an earlier film. He said, after seeing the posters, he had thought it was a Telugu film because the alphabets were oddly placed. He said multi-starrer are not tough if like minded people come together. He wished Vani Harikrishna to become as popular as her husband. He gave the example of Simple Aagond Love story and said, even films with newcomers can do very well. 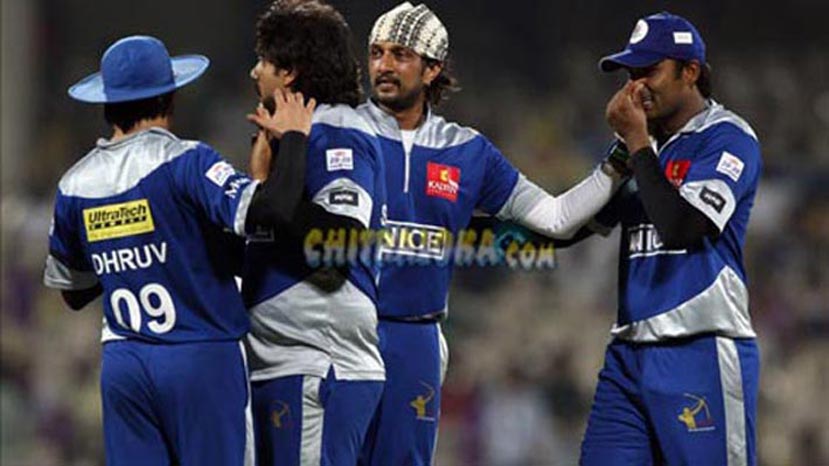 The celebrity team from the State, Karnataka Bulldozers have created a unique record. They have become the only team to reach the finals of all three editions of the Celebrity Cricket League. Bulldozers were runners up in the previous two editions. They comfortably won their semi-finals against Kerala Strikers played in Hyderabad today. The match concluded minutes ago and once again Dhruv Sharma played a stellar innings to take the team close to victory. However he fell for 53 less than 20 runs short of victory. Karnataka Bulldozers will now face the winners of the second semifinals between Telugu Warriors and Veer Marathi.

The Karnataka match was advanced by an hour. The match started at 2 pm instead of 3 pm. Kerala had beaten Karnataka in the league match. They won the toss and elected to bat as they had easily chased a huge score by losing only 3 wickets in the league match. But some tight bowling and fielding and aggressive captaincy by Sudeep restricted them to only 130 for 9 in 20 overs. 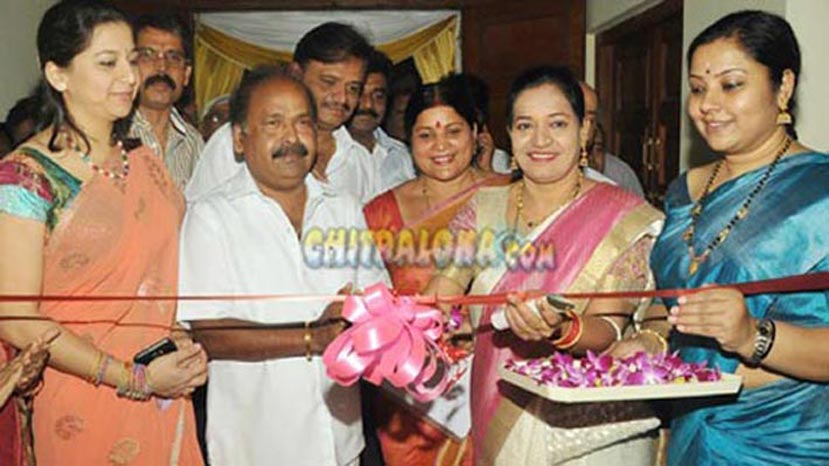 The lady urged the industry to make more family oriented films to woo the audience. 'There is no homely atmosphere in films these days.

That's why many restrain from watching the films. There is no attraction in cinema. The industry has to revive the old magic' concluded Shilpa Shettar.