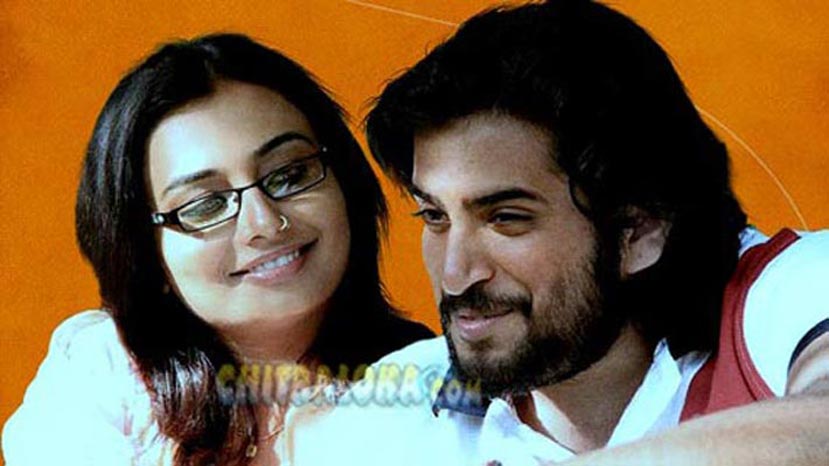 The Ashtaralle Just Missoo which is made by a few software professionals with the help of their Kannada film enthusiast friends has  completed its shoot and is ready for release this November or December. The film is made by Padaki productions, which consists of a  team of young and energetic people who are very passionate movie makers.

'We have produced many short movies and have uploaded the same in social networking sites like you tube, video Girmit and Face book  and have acclaimed many appreciations from the movie lovers' says one enthusiastic member of the team.  .

In the month of March-2012, Padaki Productions  made a comedy thriller by name “Dishkyaav”.  The film was a combined efforts of the passionate film fans which had a screening  in one of the memorial hall Kengal Hanumantayya KalaSoudha in Bangalore.  The film attracted farily large attednace  for three days it was screened.  It also obtained critical appreciations from many film enthusiasts.

The special feature of the film Dishkyaav'  is that the movie was made in a ZERO BUDGET. Neither the casting nor the technically team took payment.

The people involved in the making of this film put in their own investment and thought the whole product  as  a trial and error effort.  The feeling inside the  film enthusiasts who had invested their time and money for making this film was just to portray their interest and dedication towards Cinema Making. The movie was made in a handy camera.

The unit agrees that the film was a little weaker in the , technical aspects,mainly because of the budget constraints, the content and the concept of the movie was very well appreciated by some select audience who saw the film. 'A live discussion about the film was held  in the Suvarna channel. Later the movie was released in you tube and has crossed more than 12000 views.so far.

Soon after this success, the team was  offered to do a promotional video for a forum in a face book by name “Gaanchali Bidi Kannada Mataadi” which is doing a wonderful job in spreading and imbibing the sense of Kannada.

The unit also worked on a a short video with the title “Police puraana” and released the same in the  You tube , this time it was still big that it is already crossed 25000 views. The  Suvarna channel has owned this video now and it was  played during “Karnataka  Rajyotsava.  The making of the film was motivated to promote the essence of Kannada among the people..

By Seeing this over whelmed response we were motivated much and now we have taken up a new project by name* “ASHTRALLE JUST MISSOO” *which is a sarcastic comedy movie with a minute touch of emotions and sentiments.

The film will have a theatrical release which has been planned in the next two months.

The movie has accomplished its shooting and is in the stage of Editing and re-recording. This time we have developed technically and the movie is shot in a 5D camera and even the music has some catchy tunes.

A recent press note issued by the film makers gives the following information.

Further we also have a plan of conducting a “Short Film Festival” to provide a platform and encourage the people who are really passionate and like minded people  about movie making , we are conducting a contest of short movies and the first three winning movies will be screened along with our movie “Ashtralle Just Missoo”. We are also having a thought of inviting producers of Kannada Film Industry for the screening as this may create visibility for the efforts put in and can really yield some fruit to committed movie makers  and can design their future. 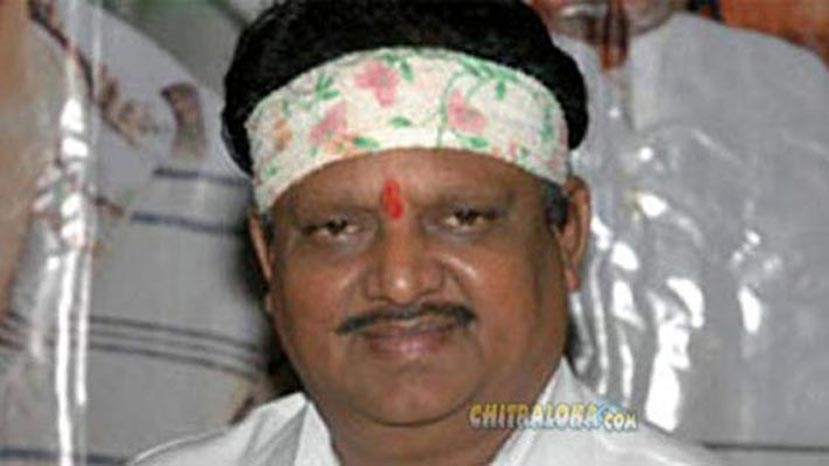 Senior director Kodi Ramakrishna who is now directing an untitled Kannada film with Diganth and Ramya in lead roles is now undergoing treatment at Vijaya Hospital in Chennai.  Recently he had completed the shooting of the Kannada film and he had gone to his residence in Chennai.  He had complained of chest pain and was admitted to Hospital.  He is out of danger, said doctors in the Vijaya Hospital.  But he requires rest for some days, according to medical advise given to him.
Kodi Ramakrishna is now working on a film on the life of Sri Satya Sai Baba.  He will also direct another Kannada film for actress cum producer Radhika Kumaraswamy which is to start once her come back film "Sweety Nanna Jodi' directed by Vijayalakshmi Singh is completed. Radhika Kumaraswamy had confirmed this news on the launching day of her film "Sweety Nanna Jodi'.
Kodi Ramakrishna has directed more than 100 movies and has many super hits to his credit including Intlo Ramayya Veedilo Krishnayya (1982), Mangamma Gari Manavadu (1984), Shatruvu (1990), Ankusham (1990), Ammoru (2005) and Arundhati (2009). 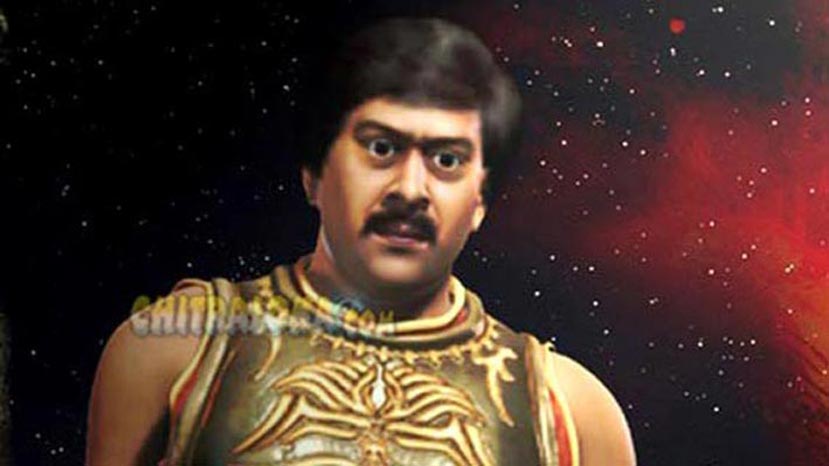 Kannada film industry's dream merchant Shankar Nag who was a trend setter in many ways is getting his due now more than two decades after his death.  Now, a new film titled as 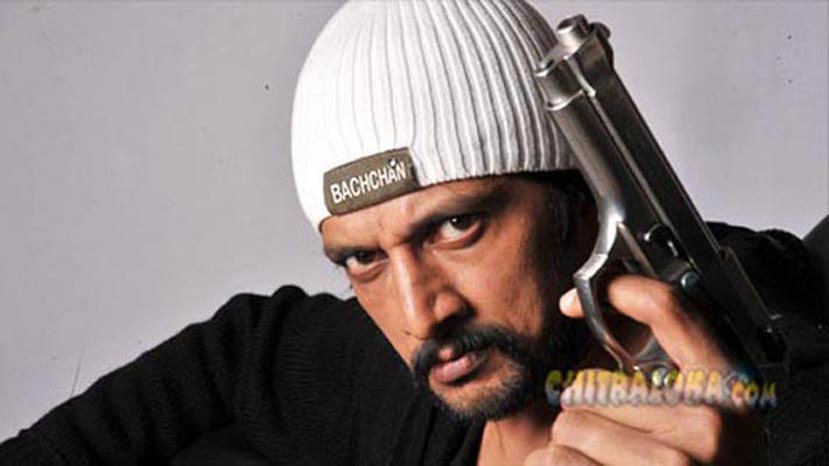 The introduction sequence of  Kiccha Sudeep in the film Bachchan was shot recently in the nice road. Shashank is the director of this film in which Kiccha plays the role of an angry young man.  Bhavana, Tulip Joshi and Parul Yadav are playing the role of three heroines in the film.

Kiccha seemed to be happy about the picturisation of this introduction sequence in the film.  "Producer Uday Mehta had spent a huge sum for this particular sequence.  And Shashank has delivered what he had promised and imagined.  I am really happy to work in such a project' said Kiccha in a chat with Chirtraloka Mega Portal during the audio release function of Varada Naayaka.

Kiccha also said another chase sequence has been shot for the film choreographed by action director Ravi Varma for which the shooting took place in nice road continuously for seven days. Meanwhile, an item song will be picurised for the film from 15th in a Studio.  Kannada film Heroine Daisy Shash will be featured in this item number.  She is the latest heroine to join the item song brigade.

Drama Vs Edhegaarik On Nov. 23rd 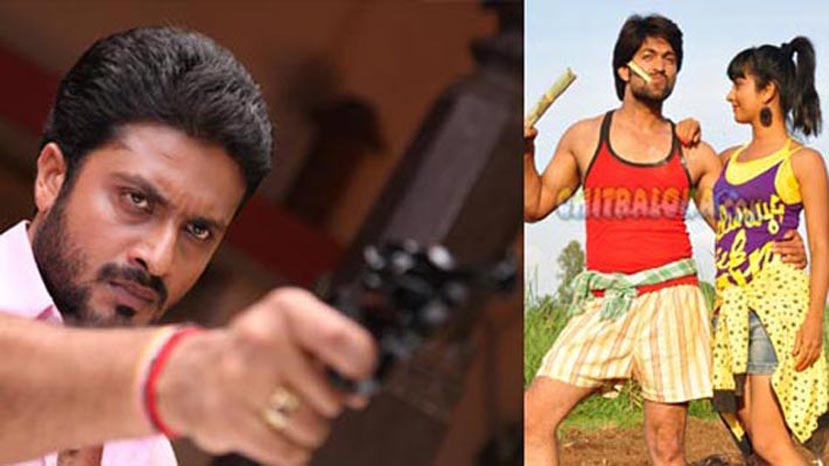 It looks as if there will be a clash between two much awaited films Yogaraj Bhat's film Drama starring Yash and Radhika Pandit and Sumana Kiththor directed Edhegarike starring Adithya and Akanksha which may be released on Friday, November 23. As both the films are expected to be censored by next week, it is almost certain that both the films will take some time for promoting the film through the media to get ready for release which means there is a little time to accomplish this feat by next Friday.

Talking to Chitraloka Mega Portal, director Yogaraj Bhat said that the film's first print will be ready by November 9th evening or November 10. The censor formalities will be completed either on Monday or Tuesday, he adds. Bhat feels extremely confident about the film which he says has several layers in its narration. 'The songs have already become a big hit and I am extremely hopeful that the film will meet the same fate in Box office' says a confident Yogaraj Bhat.

Though producer Shankare Gowda is claiming that he would release his film "Varada Naayaka' starring Kiccha Sudeep and Chiru Sarja in lead roles, it now looks a little difficult to get the film ready for release on November 23.

Meanwhile the film's BKT area ' distributor Basha is reported to have told some city theatres to keep their screens ready for the release of the film on November 30, That could mean that the November 23 clash will be only between Drama and Edhegaarike.