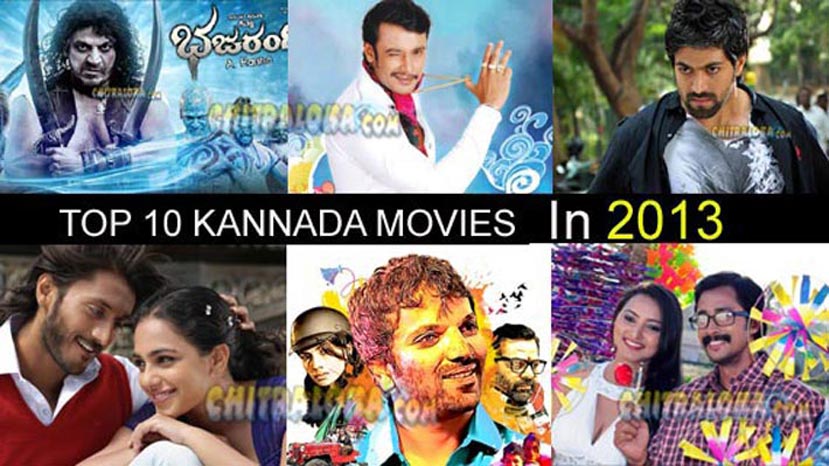 The year 2013 was definitely a good year for the Kannada film industry. Not only the year yielded 10% success, the audience got to enjoy a varied range of films during this year. Here are some of the top 10 Kannada movies of the year which are not only appreciated by the audience, but also made a profits. Though a few films didn't manage to be in the top 10, they sure come after the 10th position. Here is the list of the top 10 Kannada films of the year.

1. Bhajarangi: Shivarajkumar starrer 'Bhajarangi' comes first in the list of the top 10 films of the year because the film was already 85% safe according to the producer. The film collected a total of nine crores in the first week itself. The film was not only a highest grosser but also very well appreciated by the audience .

2. Bulbul: Darshan's 'Bulbul' being directed by M D Sridhar which was a remake of Telugu hit 'Darling' was not only a big hit at the box-office, but also returned back the six producers of the film a profit of 1.5 crores. So, 'Bulbul' not only won the audience attention but also raked in huge profits.

3. Googly: Yash starrer 'Mynaa' directed by Pavan Wodeyar was released without much promotion, but the film got a huge opening and from the first day itself, the film got a huge response from the public and the film easily completed a 100 day run at the box-office along with getting Jayanna a huge profit.

4. Mynaa: 'Mynaa' was well appreciated by the audience, but producer Kumar did not get any profits out of this film but was in a break-even situation as the film incurred a lot of cost during the making. Though the film did not earn much, it definitely earned out the titled of 'Hatrick Director' to Nagashekhar.

5. Lucia: 'Lucia' is a surprise hit of the year. When released not many expected that the film would turn out to be a hit and would complete a 100 day run because, most of the people who saw the film were either confused or could not understand the whole idea of the film. But yet 'Lucia' was very much appreciated by the audience, particularly the multiplex audience. With their help the film completed a 100 day run at PVR. The film was made in a low budget and the film managed to get back some profits.

6. Charminar: It was a gamble for director R Chandru because he had turned producer of this film. Not only he had the challenge of winning as a director, as his earlier film 'Ko Ko' was an average film, he also had to win as a producer. But the audience supported the film and the film easily completed a 50 day run and R Chandru also did the 50 day celebrations at the Santhosh theater.

7. Victory: Producer Mohan of Anand Audio had earlier said that he would be disappointed if 'Victory' did not win because it was made with lots of love and passion. The audience did not disappoint Mohan this time. 'Victory' not only got a huge opening, but those who saw this slap stick comedy appreciated the film and the actors for their timing and presence. The film completed 75 days with profits.

8. Rajahuli: No one had much expectations about 'Rajahuli' as it was a remake, but the film completed a 50 day run and still going strong raking in good profits. The film is not only one of the hits of the year, but made Yash's position much stronger. He already had a hit in the form of 'Googly'. 'Rajahuli' established the star status more.

9. Simpleaag Ond Love Story: Debutante director Suni made 'Simpleaag Ond Love Story' a hit even before it was released. The film's promos and trailers were a huge hit and is the most watched trailers in the Youtube during that time. It was an invitation for the film and Suni didn't disappoint the expectations of the audience. The film which was made in a budget of one crore managed to rake in more than eight crores.

10. 6-5=2: '6-5=2' is sure a phenomenon in Kannada film industry. The film literally by newcomers and without any promotion became a rage because of its making. The film which was made in a budget of thirty lakhs is raking profits day by the day.
Apart from these film, films like 'Bachchan', 'Jayammana Maga', 'Kaddipudi' and others though were not big hits, but managed to get the invested money. They also had a decent run with the audience appreciating the film for various reasons. 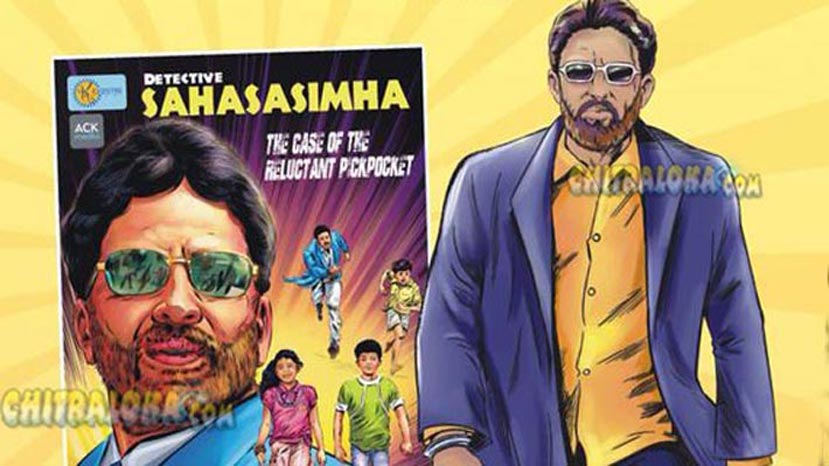 Dr Vishnuvardhan might have donned various roles in his career spanning 200 films, but the actor was very rarely seen in the role of a detective. Now Dr Vishnuvardhan will be playing detective in a comic book which is all set to be released by Karnataka Chief minister Siddaramaiah on his death anniversary (30th December) at Abhiman Studio in Bangalore. 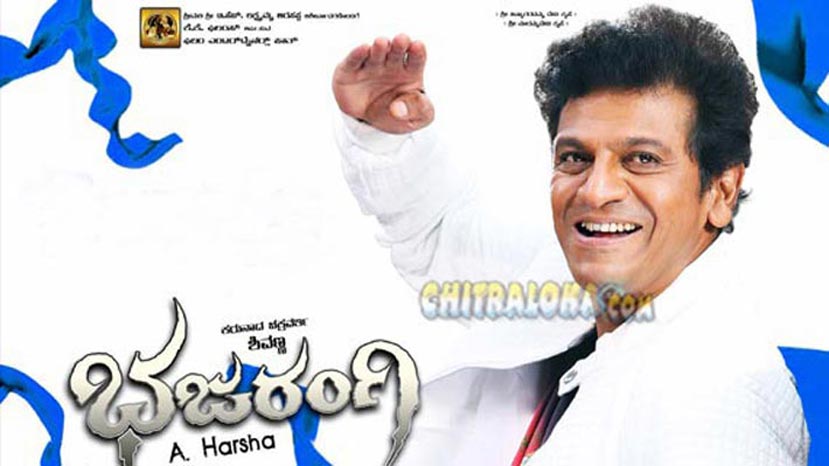 Bhajarangi has turned out to be one of the biggest hits of the year. It is the biggest hit for Shiva Rajkumar in the last few years. While Shivanna's previous films like Lakshmi, Andar Bahar and Kaddipudi failed to enthuse the audience in big numbers, Bhajarangi not only got a tremendous opening but has sustained it over the last two weeks. The film is expected to gross nearly Rs 10 crore in the first two weeks at the box office and reach a total gross of nearly Rs 12 crore overall according to industry sources.

The net box office collection in first two weeks till December 24 is Rs 7 crore. If the film sustains momentum in its third week, it should rake in profit of over Rs 10 crore for the producers. The film has already managed to get the highest satellite telecast rights for a Shivarajkumar film till date at Rs 3.25 crore. 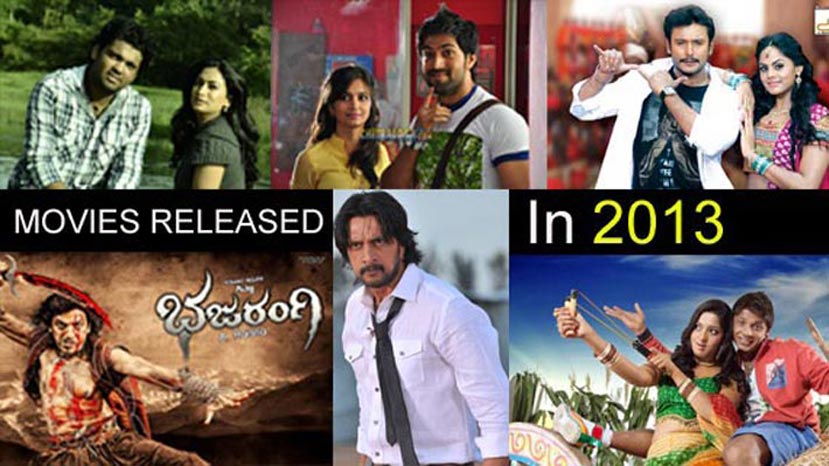 The countdown for 2014 has started. With just four days left for 2013 to complete, the Kannada film industry is busy with the round up of the year. In 2013, a total of 129 films were released and this number may increase as a couple of regional films including Tulu has been released outside Bangalore. Apart from such stray releases, here is the complete list of releases of the year 2013.
Releases of 2013
January
1) Galaate
2) Kotlallappo Kai
3) Ee Bhoomi Aa Bhaanu
4) Lakshmi
5) Varadanayaka
6) Stree Shakthi
7) Guest House
8) Sandalwood Sarigama
9) Sneha yatre 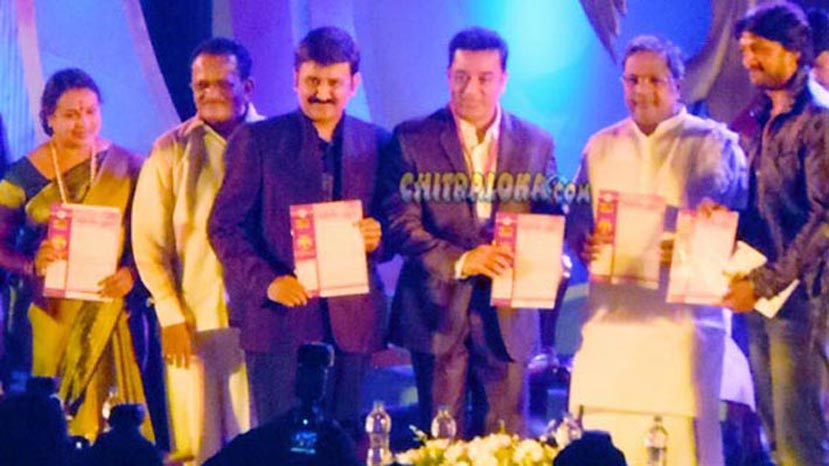 The Guest  of Honour for the ceremony was Ms.PouranDerakhshandeh and Mr. Heinz Georg Badewitz. The Lamp of Light was lit by the above dignitaries along with Ms.RadhikaPandit.

The Inaugural movie screened was “Bekas”, directed by Mr.Karzan Kader from Iraq.