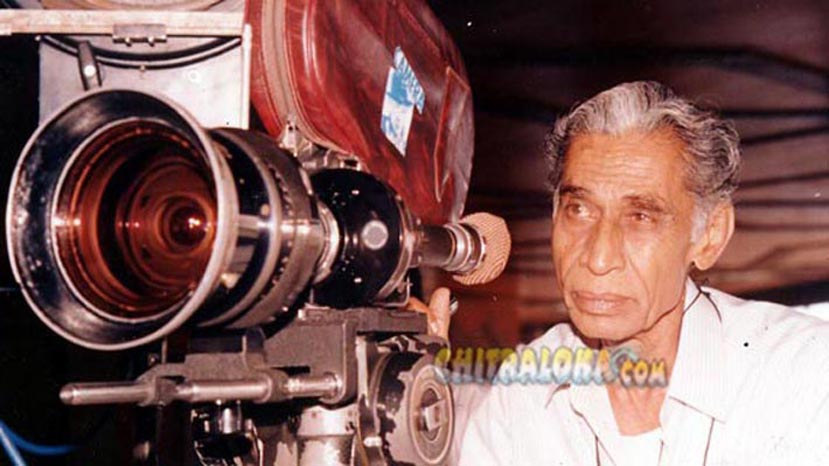 Murthy who was born in Mysore passed his diploma in cinematography in the Jayachamarajendra Polytechnic in the 1940s and went to Mumbai in search of work. After working as an apprentice to many well known cinematographers in various production companies, he happened to meet Guru Dutt who was a choreographer at that time. The duo joined hands together and they worked continuously for the next one decade.

V K Murthy's association with Guru Dutt started with 'Baazi'. The film was the launch vehicle of Guru Dutt as a director. After that the duo worked together in films like 'Jaal', 'Aar Paar', 'Mr and Mrs 55', 'CID', 'Pyaasa', 'Kaagaz ke Phool' and 'Sahib Biwi Aur Ghulam'. Apart from Guru Dutt, V K Murthy has worked with other directors also in films like 'Ziddi', 'Love In Tokya', 'Suraj', 'Jugnu', 'Nastik', 'Deedar' and others. He was also the cinematographer of the much acclaimed television series 'Bharath Ek Khoj'. Though V K Murthy was a Kannadiga, he worked in only one film called 'Hoovu Hannu' directed by S V Rajendra Singh Babu.

V K Murthy has won many awards in a career spanning four decades.While he was adjudged the best cinematographer by Filmfare for films like 'Kaagaz Ke Phool' and 'Sahib Biwi Aur Ghulam', he got the Lifetime Achievement Award from IIFA in 2005. He was honoured with the Dada Saheb Phalke Award in 2008.