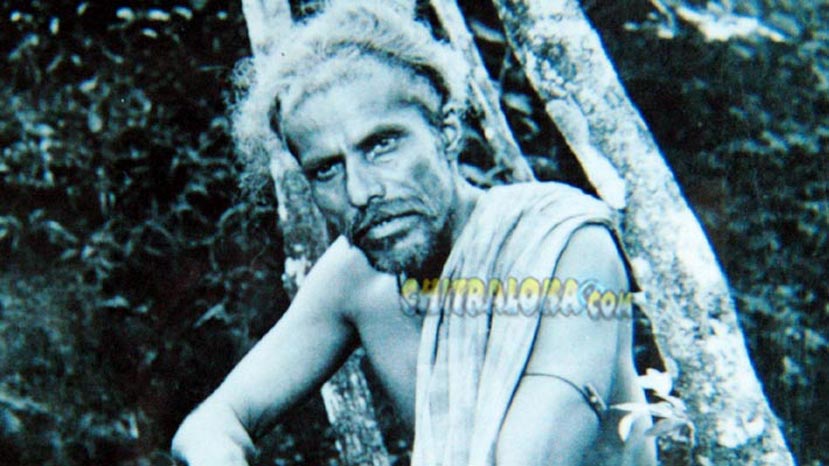 The one and only National award winner for acting M.V.Vasudeva Rao popularly known as ‘Choma’ of ‘Chomana Dudi’ a film based on Shivarama Karanth’s novel passed away early on Friday morning. He was nearing 83 years of age.

Vasudeva Rao the highly respected actor has given a spine chilling performance in his first screen presence in ‘Chomana Dudi’ (Choma’s drum) and he remained aptly to the role created by Gnanapeetha award winner Dr.Kota Shivarama Karanth in his novel and directed it too. Ever since ‘Choma’s role in 1975 Rao was highly talked in the film circles but he failed to get good roles. The poverty is one that dogged him in his early days. When he was supposed to go to New Delhi to receive the National award there was not even a penny with him. When he reached New Delhi the doyen of Indian cinema Satyajit Ray hugged Raogaru and expressed happiness at Choma’s role. Satyajit Ray was in the jury on that year Raogaru got the National award.

With a strong background of stage Mudabidri Venkat Rao Vasudeva Rao entered the film world as a child actor in 1928. Affectionately he was called as Baby.  In Sri Krishna Parijatha, Sahukara, for Gubbi Company he essayed powerful roles.  He used to get Rs.8 for his child role in those days. He staged plays in many theatre groups and finally settled down in Gubbi Company. For his debut role in ‘Chomana Dudu’ he bagged the state and national award for his brilliant performance. He played a prominent role in Shyam Benegal’s Telugu film ‘Konduru’. In Mrinal Sen’s  Oka Voori Katha and Mani Rathnam’s ‘Nayakan’ he played prominent roles. Maithri, Dangeyedda Makkalu, Dorai, Kalasapurada Hudugaru, Muttu ondu Muttu are some of his popular Kannada films. Raogaru had appeared in small screen too.