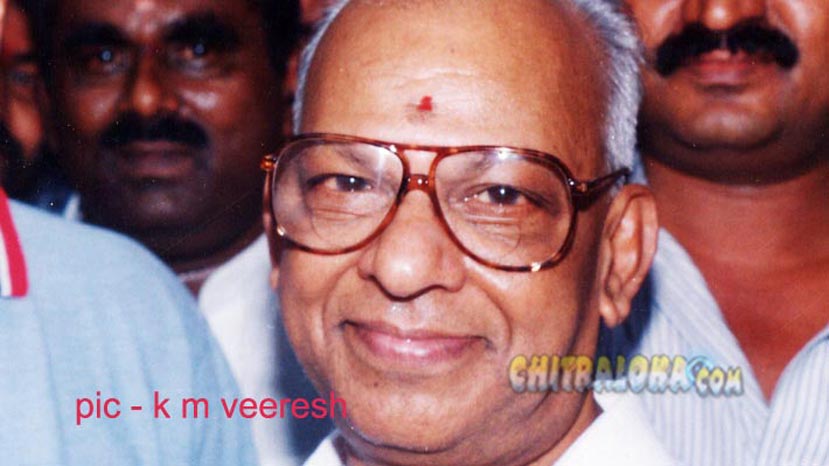 One of the pillars of Dr.Rajkumar family - S.P.Varadaraj - younger brother of icon of Kannada cinema Dr.Rajkumar died of heart attack at Workhart hospital in Bangalore around 10.30 am on Wednesday. He was 70 years.

The first lifetime achievement award instituted by Karnataka Government in the year 2001-2002 was conferred on Varadaraj for his long service to Kannada film. The Kannada Film Directors Association honored him recognizing his talent.

Varadaraj born in Singanallur in 1935 was popularly known as Varadappa. All the film subjects for Dr.Rajkumar, Shivrajkumar, Raghavendra Rajkumar and Puneeth Rajkumar are discussed in his presence and finalized. That was his long and chequered experience in shaping up of a film.

He began his days working for Gubbi Company with his father and elder brother. He was in the role of 'Makaranda' of 'Krishnaleela' of Mahatma Pictures. He was in small roles of Sathi Shakthi and 'Sarvagnamurthy'. After these two films he remained instrumental behind the screen in churning out some of the lovely films from the family of Dr.Rajkumar.