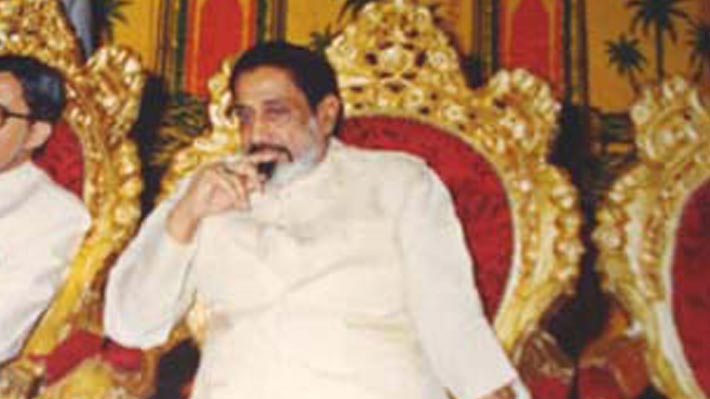 Passing away of a legend Dr.Sivaji Ganeshan alias Villipuram Chinnia Ganeshan at the age of 73 with 48 years under the bright lights speaks about caliber. It is the ability; great strength, commitment, devotion and discipline can keep one for a long stint.   Scores of artists in South Indian cinema followed the footsteps of this thespian actor Sivaji Ganeshan. There is no doubt about it.

A macho hero, dancing hero, the dialogue king all rolled in one person was the darling of cine goers of South Indian cinema. Sivaji Ganeshan the Eiffel Tower in acting given due respect to his roles and always kept the directors like Krishnan Panju, B.R.panthulu, Sridhar, Bhim Singh, Madhavan, Trilokchander, A.P.Nagarajan and L.V.Prasad in highest esteem. He crossed over 300 films with a debut in 1952 from the film ‘Parashakthi’. In the first film making there was strong and rough weather worked against Shivaji Ganeshan. The producer of ‘Parashakthi’ Perumal of National pictures was warned against introducing Sivaji. Ironically the first film of Shivaji had a dig at believers. Then Sivaji believed in the ideals of E.V.Ramaswamy Naicker founder of Dravida Kazhagam. This is because Sivaji impressed EVR in the play ‘Shivaji Kanda Samrajyam’. After this debut the high voltage actor never looked back.

The one particular capability of Sivaji that kept him going was his exploding style of dialogue. The lines written by C.N.Annadurai and M.Karunanidhi clicked in the box office and even helped in the formation of Dravida Munnetra Kazhgam a splinter party of DK. Films such as ‘Manohara’ and ‘Thuli Visham’ with Sivaji’s powerful action, mannerism and his fervour of Tamil found him huge fan following.

It was in November 1988, Sivaji acted at 275 (0f these 263 were Tamilm nine were Telugu two Kannada and one Hindi) films at that time he suffered a major hurdle in his health. During ‘Puthia Vanam’ he suffered a stroke. He slowed down in his acting career since then.

The heroines were making all attempts to figure opposite Sivaji Ganeshan. Some of the top actresses who played stellar role opposite Sivaji included Bhanumati, Savitri, Padmini, Saroja Devi, K.R.Vijaya, Sowcar Janaki, Anjali Devi and Jayalalitha Padmini.

In his over 45 years flourishing career Sivaji won many laurels. They included from Home and abroad. At the Cairo Afro Asian film festival he received the best actor award for his performance in ‘Veerapandya Kattabomman’ from the Egyptian President, General Abde Nasser. He visited the United States of America on an invitation from President Kennedy. His starrers from 1954 to 1964 won 19 regional awards. In 1966 he was awarded the Padmashri and the Padma Bhushan in 1984. He was nominated to Rajya Sabha in 1983 during the regime of Smt.Indira Gandhi.

The present Chief Minister J.Jayalaltha also a relative of Sivaji Ganeshan had once remarked that Sivaji is on par with Richard Burton, Laurence Olivier and marlon Brando.

Kamal Hassan had told in 1995 that he owed his career to Sivaji Ganeshan whom he imitated. He felt happy in working with such a great actor in ‘Thevar magan’.