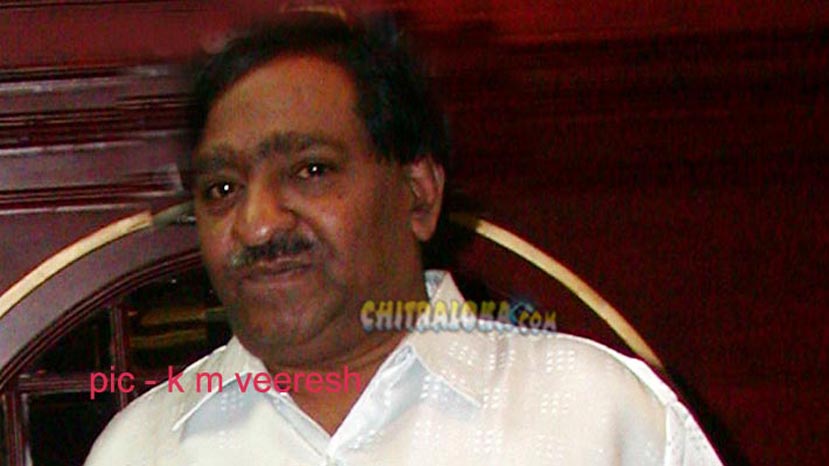 There are very few persons who occupy the honor of 'Ajathashatru'. The popular and brilliant cinema PRO DVS is one among the very few. Urge to forge ahead with great skills in learning has been the hallmark of D.V.Sudheendra's success story in his journey of 28 years working as the 'Bridge' of Kannada cinema. He came up in his life from poverty but become a peerless PRO of Kannada cinema. His work was recognized even by the Karnataka state government by honoring him by state award.

Good Friday DVS had a bad Sunday in the journey of his life. All his developments in profession and personal life were taking place on Friday. But his life came to an end on Sunday.

A man of grit and determination DVS as he is popularly known breathed his last at the age of 53 years just in front of his residence in Sameerapura in Chamrajpet but did not suffer long. He had usual ailments but he was taking precautionary steps. But when God proposes man cannot dispose it off.

At 12.30 pm the doctors at Trinity hospital declared DVS dead and thus the rain of his well wishers started pouring in. The first to pay tribute was his colleague the senior PRO Nagendra. Nagendra affectionately kissed the forehead and cheeks of fatso DVS and thus the queue built up to pay last respect to DVS.

The only worry that always made him sick of the astrological prediction. None of the generation members have crossed 60 years of life. DVS at 53 had thought on this issue very seriously with his close friends and relatives.

The cremation of DVS took place in traditional style at TR Mills crematorium at 7 pm on Sunday evening.

Among those who paid last respects the notable observation has come from actor Sudeep. Some persons we feel they should not die and expect them to remain with us. It was the icon of Kannada cinema and next according to Sudeep is DVS.