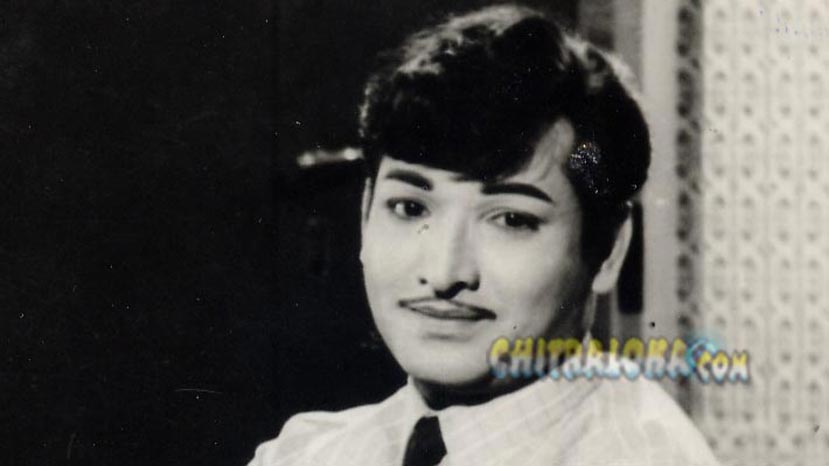 Veteran Kannada film actor Gangadhar (67) died of kidney failure and sugar complaint in Bangalore at 11.15 pm on Saturday. He leaves behind wife Kausalya and two sons Ravikumar and Subramnya. He has acted in over 80 films in a span of 35 years. Gangadhar’s life itself was almost similar to one of his film’s title ‘Jeevana Jokali’. The loss of eye sight due to sugar complaint 10 years ago has put him down to a life in the four walls. It was in a film ‘Aata Hudugata’ he accepted out of compulsion the strong lights applied on the sets taken away the strength of retina in the eyes. Ever since he lost his eyes he had attended only two or three film functions. One memorable was KANFIDA awards ceremony in 2001.

As young boy with Diploma in Mechanical he joined the Hindustan Aeronautical Limited. In HAL he staged plays like Samsare Nauke, HM Nayaka and Vijayotsava. The Make up man Madhavayya in G.V.Iyer camp asked him to meet Iyer. He has already proved his mettle in theatre groups like Prabhat Kalavidaru and lyricist Bashir camp. He met G.V.Iyer (who died very recently) and without much fuss he was selected for ‘Chowkada Deepa’ of Sharada Films in 1969. He was Rajendra Kumar then. Indrani, Varalakshmi and Ananthram Machcheri also figured as co artistes in that film. Gangadhar got fame and name from Puttanna Kanagal’s ‘Gejje Pooje’, ‘Sharapanjara’ and ‘Muni Thayi’. Gangadhar co starred in Dr.Rajkumar’s ‘Nanna Thamma’. He acted in B.R.Panthuluji’s ‘Aliya Gelaya’ in a prominent role. The professional career of Gangadhar dipped when he accepted a second hero role in ‘Pavitra Bandhana’ with Ramgopal and Vijayakala in 1976. Gangadhar was not seen in the films after 80s’. He had quit his HAL job by then. At this time for 12 years the theatre groups gave the requires push for Gangadhar.

He was honored by Karantaka State with Rajyotsava award. It was a touching function of Kannada Film Directors Association (KANFIDA) in its 16th annual event at Chowdaiah Memorial Hall in April 2001. It was a packed auditorium. Gangadhar cursing his fate wept in his speech. I have lost both my eyes. I am looking forward for my death. I don’t know when the God has fixed the date he had told.   Ambarish came to his rescue to console him.