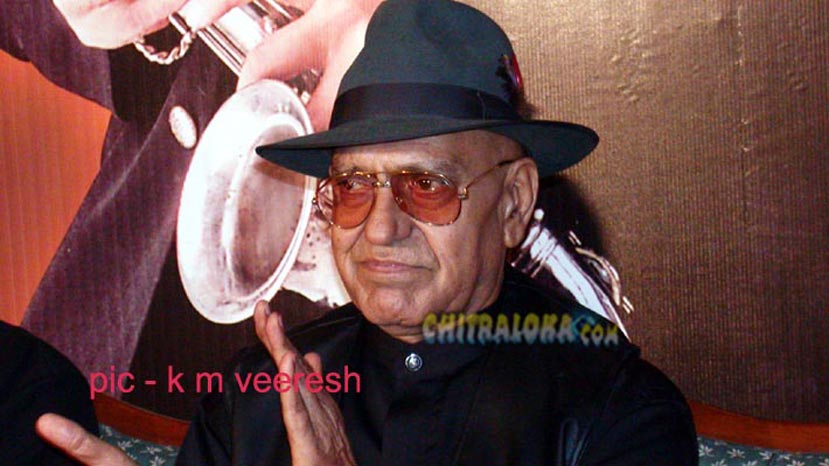 After ‘Mr India’ Amrishpuri the voice that is unforgettable became ‘Mogambo’. With over 300 films to his credit was not in moods when the media met him at Mysore Lamps factory on the sets of ‘Love’ Kannada film in the fag end of 2003. He was furious when the word ‘Bollywood’ was uttered. Why do you call like that? Pronounce as Hindi cinema he demanded. He bulldozed many questions and he looked like a real villain for the simple questions. What do you know about my film ‘Indiana Jones’? He asked. But the journalists who knew that he had played a ‘cruel Ramu’ kept quiet.

I don’t have anything to say and I am not interested in talking to you guys’ he shot back’. ‘Bas Itna Saa’ is what the media felt. Apparently that is the biography title of Amrishpuri.

He had come down to Kannada after a long gap only because of ‘Love’ he had with director S.V.Rajendra Singh Babu. Last he was seen at the audio launch of Kannada film ‘Love’ in Hotel Ashoka by Kannada film journalists in Bangalore.

Whatever may be the personality in real and reel life, Amrish Puri loss is huge to the Indian film industry.