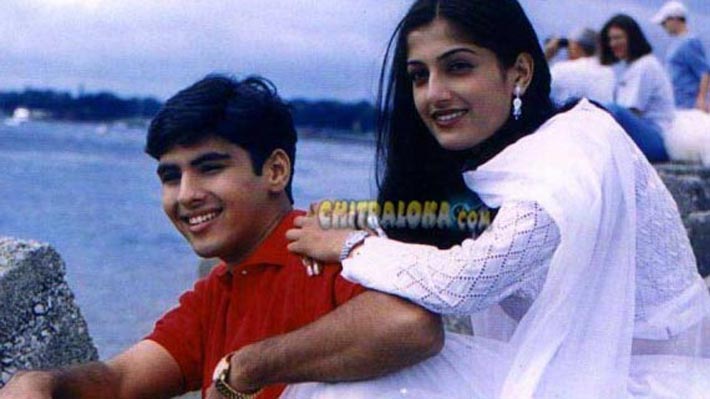 In the annals of Kannada film history the year 2001 is the most controversial year besides being the year of maximum remakes. The cancellation of 32 International Film Festival in Bangalore on account of WTC crash and drought in the State and half a dozen conflicts created room for controversies. In as many as 72 films released in the year there were 37 remake films.

The imported subjects also mounted in a hurry from December as the Government of Karnataka very strictly announced the lifting of 100 percent Entertainment Tax exemption from April next. The result of remakes in the box office is not that encouraging. Only the films like Chitra, Huchcha, Jipuna Nanna Ganda. Kanasugara collected very well out of 37 remakes.The films such as Bava mamaidha, Kalla Police, Diggajaru, Yuvaraja, Aasura, Aunty Preethse and Kotigobba remake films completed fifty days.

The credit goes to director Nagathihalli Chandrasekhar for his ‘Nanna Preethiya Hudugi’ and S.V.Rajendra Singh Babu of ‘Kurigalu Saar Kurigalu’ for straight subject films and also making a smash hit at the box office. While Nanna Preethiya Hudugi starring newcomers Deepali and Dhyan was a silver jubilee hit by producer Tumkur Dayanand and Vidyashanker the residents of Michigan deserves full compliment for tracing a local subject through Nagathihalli Chandrasekhar and striking a gold in the heavy wave of remake films. Nanna Preethiya Hudugi shot 80 percent in United States of America is also notable as the song Car Car…, shot in automobile capital of the World has become a rage among many songs in 72 films in 2001. In fact ‘Nanna Preethiya Hudugi’ is the only saving grace of Kannada film industry. The full- length comedy by S.V.Rajendra Singh Babu was in censor trouble and it became controversial before release. However, this multi star cast film was a hit.

Among the stars Vishnuvardhan and Ravichandran share the top honors. While Vishnuvardhan’s last year film ‘Yajamana’ broke all records this year in collection, Vishnu’s Diggajaru was average and Kotigobba is hit. The sad part is that the three decades old Kannada cinema Vishnuvardhan’s continuous three films are remakes. Trailblazer Ravichandran deserves equal honor this year because out of three films Usire, Kanasugara and Premakke Sai, only Kanasugara did very well in the box office. Like Vishnu all the three films of Ravi also are remakes. Why Ravichandran takes equal credit is because of his activities in the year 2001. Ravichandran has the guts to spend 80 lakhs on a set and make a film ‘Yekangi’ which is shot 80 percent on him.

In the list of other stars Jaggesh is as usual middle class hero and all his films were modest. It is in this year Jaggesh’s ‘Jipuna Nanna Ganda’ completed 100 days in his career of 21 years. He had 6 releases and was appointed as General Secretary for the ruling Congress-I. Jaggesh also kicked up a row on the ban of TV artists in films.

It is Sudeep got noticed for his sterling performance in ‘Huchcha’ a silver jubilee film of the year. Sudeep’s ‘Vaali’ was less than average. Although not in the front run Ananthnag had 9 releases and his portion of acting received rave reviews.

The quick look at the other stars – Ramesh, Shivrajkumar, Kumar Govind, Mohan and Shashikumar had seven releases. It was a disaster year for Shivrajkumar as all his seven films were remakes and none made good business. Ambarish, Charanraj, B.C.Patil, Ramkumar acted in four films. It is in this year actor B.C.Patil became a director. Another director S.Mahender became hero through ‘Ghattimela’. Prasad brother of Prabhudeva was notable as his debut ‘Chitra’ was a silver jubilee hit.

The heroine of the year is Rekha Vedavyas. She figured in ‘Chitra’ and  ‘Huchcha’ (remakes) – both were silver jubilee films. This Jinkemari of Kannada cinema is also making wonderful progress in adjacent Andhra Pradesh. Deepali a Bangalorean resident of United States of America of ‘Nanna Preethiya Hudugi’ in her debut straight film was cynosure of all eyes. Anu Prabhakar another local girl had six releases and it is average. She bagged her first State award this year. Prema and Shruthi had five releases and both of them were average. Actress Shruthi became a producer this year. Dhamini acted in five films and all of them were hit and run. It was similar in the case of Ruchita, Archana who have figured in four films.

In the music department it is Hamsalekha again. He had 14 releases and above average. Rajesh Ramanathan occupies the Hattrick slot. Yajamana of last year, Huchcha and Kanasugara were hits in the market. The stylish looking Gurukiran also left his strong impression this year. He had four releases in which Chitra was a silver jubilee film and rest above average as for as music is concerned. Sadhukokila and Prashanthraj scored music for five films. Chaitanya tuned for three. Gandharva, Keervani, Shivamaya had two releases.

In the Cinematography department Ashok Kashyap overshadows everyone in his fraternity. He had five releases in which Matadana and Shaapa were outstanding. Prasad Babu figured in highest number of films of 7. J.G.Krishna 4, Ramesh babu, Krishnakumar, Gowrishanker 3, Anaji Nagaraj, Mallikarjun, Sundarnath Suvarna, Seetharam and Mathew had two releases.