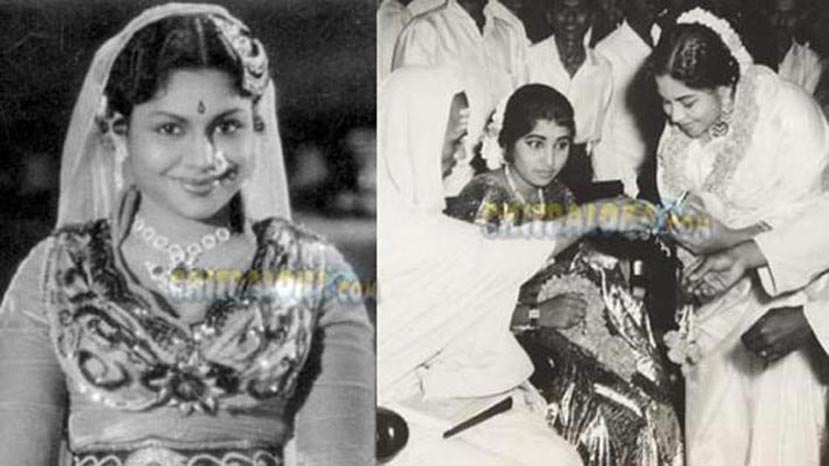 Veteran actress Rajasulochana who was popular in Tamil and Kannada has, passed away today morning in a private hospital in Chennai madipakkam. She was aged 79 years and was suffering from Kidney failure and was undergoing dialysis from past few days.

Raj Sulochana made her movie debut from Gunasagari in 1953 and has acted in more than 250 movies. She has acted with five chief ministers of South India. She has acted more movies with Dr MG Ramachandran. She is survived by son Shyam Sundar and twin daughters Devi and Shree.