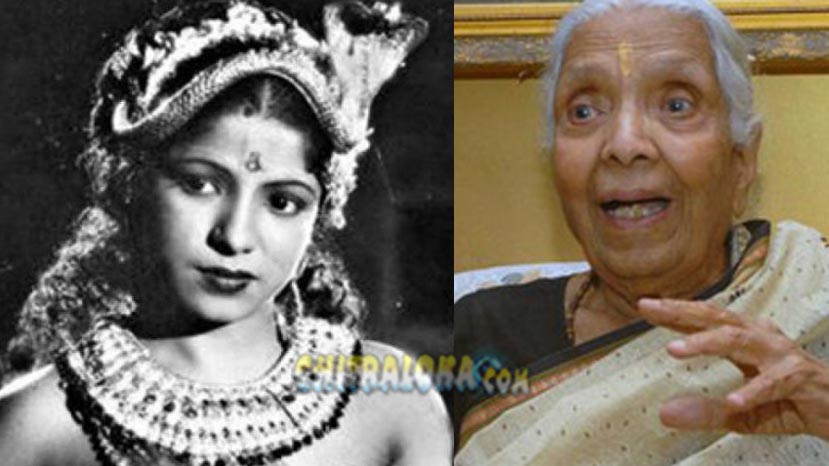 Veteran actress SK Padma Devi has expired today morning and she was aged 95. From last two days Padmadevi was not well and today she breathed her last when she was in the bed.

Padma Devi had acted in Bhaktha Druva movie which was the first movie to start the shooting in Kannada films but got released in 1934 after Sathi Sulochana.

In Samsara Nauke Padma Devi was the main heroine and later had acted in Vasabthasena, Mukthi and other movies. Padmadevi had acted in Sankranthi movie directed by Nanjundegowda.

Padma Devi has also acted in Tamil and Telugu movies and later she was seen in Sanchina Suli TV serial directed by her son Nandakishore.

Chitraloka.com mourn the death of the legendary actress.