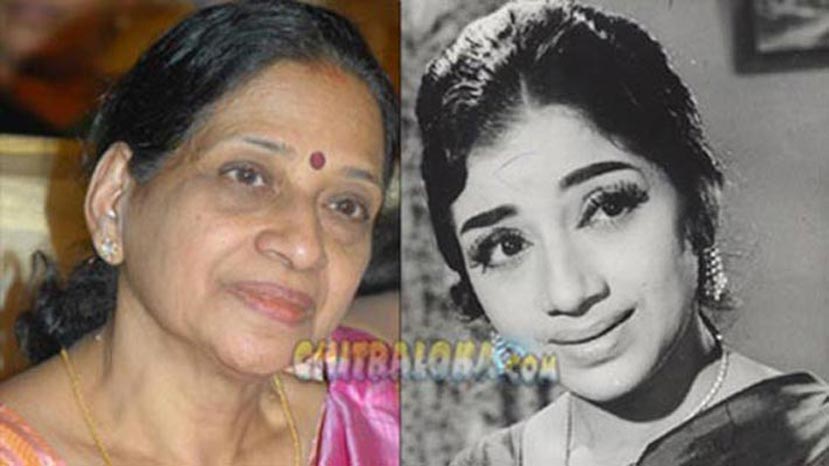 Veteran film and television actress Mynavathi, sister of  another famous artists Pandhari Bai expired in the wee hours of Saturday morning at the BGS Hospital from Cardiac arrest.  She is survived by her son Guru who is a well known director of  Television serials and a producer of films and TV programmes.  A few years ago, her son Shyam had died of Cardiac arrest.  Mynavathi made a big name through her film "Abba Aa Hudugi' directed by H.L.N.Simha in which she played an autocratic young girl's role who hates men. The story was a take off from Shakespere's comedy play "Taming of the Shrew'.

Mynavathi had acted with legendary artists like Dr. Raj Kumar, Kalyan Kumar and then was away from the industry after getting  married.  She returned back to acting in films and Television serials later. Deeply religious Mynavathy was a great devotee of Lord Krishna and Durga Devi.