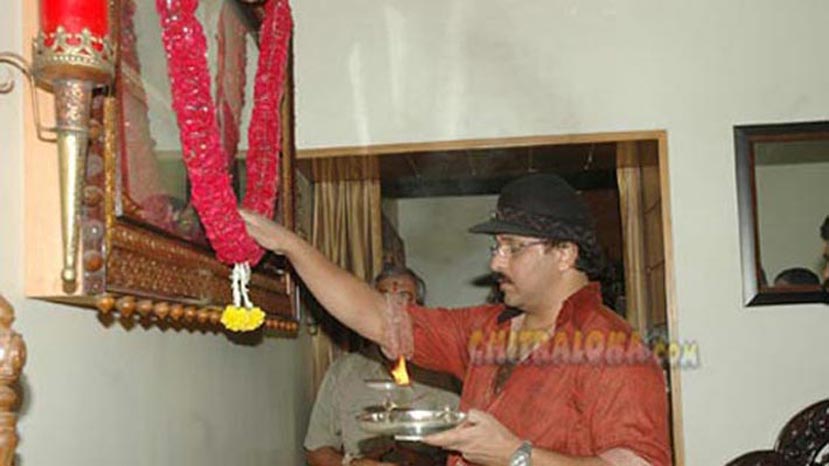 The people of Karnataka on Thursday afternoon was in a shock when news about Ravichandran attempting suicide went viral. But the people sighed a relief when the news turned out to be false.
It all started when a youth who was a resident of Hanumanthanagar went to a printing press in Chamarajpet and gave a order to print a pamphlet announcing Ravichandran's attempt for suicide. When the owner of the press got a doubt about the whole issue and asked about it, the youth is said to have said that he got the information from Ravichandran's brother Balaji that his brother has committed suicide because of his financial conditions. The owner enquired from his sources about Ravichandran and found that Ravichandran is hail and healthy. The Suvarna news channels then confirmed the whole incident and rumours about Ravichandran committing suicide are baseless. 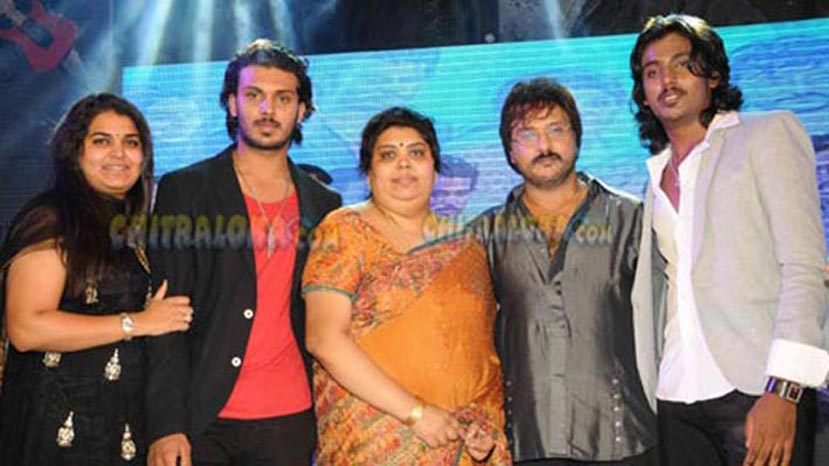 Speaking to Chitraloka.com Ravichandran confirmed that the news is false and baseless. 'I am not afraid of such rumours and these kind of rumours are not new to me. I am not a person who commits suicide. I am a person with positive attitude and I don't care for such rumours. But I am afraid how my family reacts when they hear such news. Last time when such a rumour broke out, my father was upset for a week. Actually I was shooting at that time and my father didn't let the news to reach me. This time I happened to hear the news first and told my wife not to tell the news to my mother so that she won't be upset to hear such a kind of news' said Ravichandran. 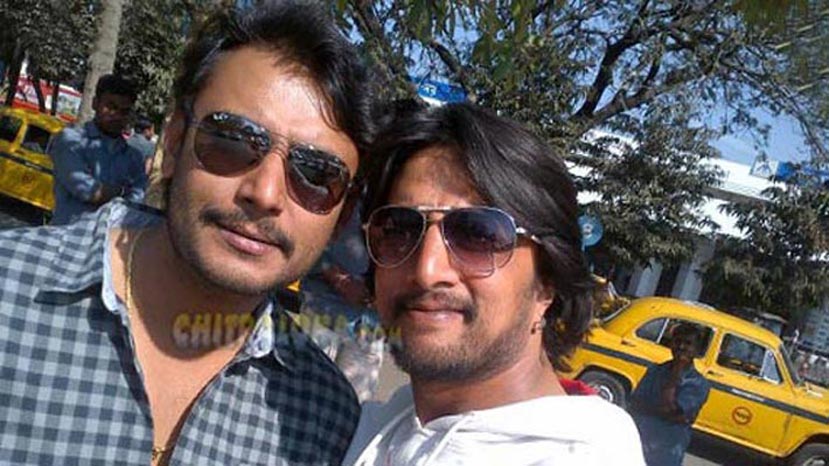 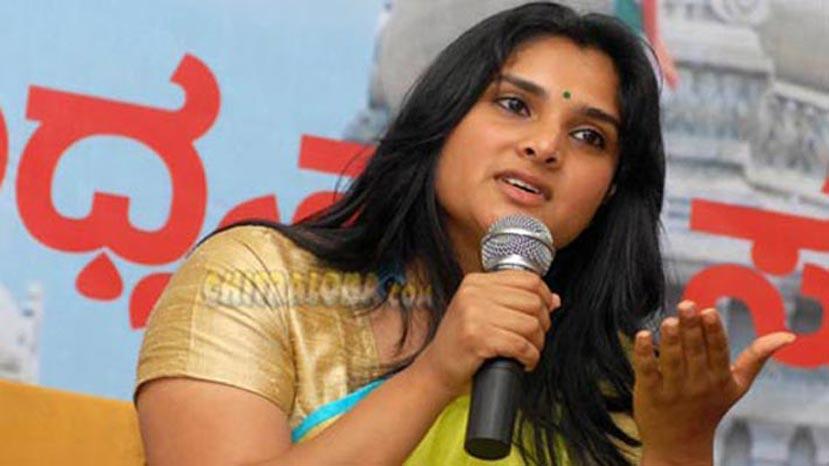 Actress Ramya has said that she didn't take any money either to join politics or campaign to contestants and was shocked when people asked her whether she took money to plunge into politics.
Ramya was talking at the Meet the Press programme at the Bangalore Press Club when a question was shot whether Ramya also has taken money to join politics.
Answering the question, 'I have not taken any remuneration to neither join politics nor campaign for elections. I was taken aback and was quite shocked when many asked me the same questions. I have not come here to make money. I get enough money from films itself. It is not as if I have to make money in politics. I joined politics because we need likeminded people to serve the people' said Ramya.
Ramya said she may contest the next year's MP elections. 'I have been asked by my high command to get ready if there is a need. Right now I am busy with this election's campaigns. Let's see what the high command has in store for me' said Ramya. 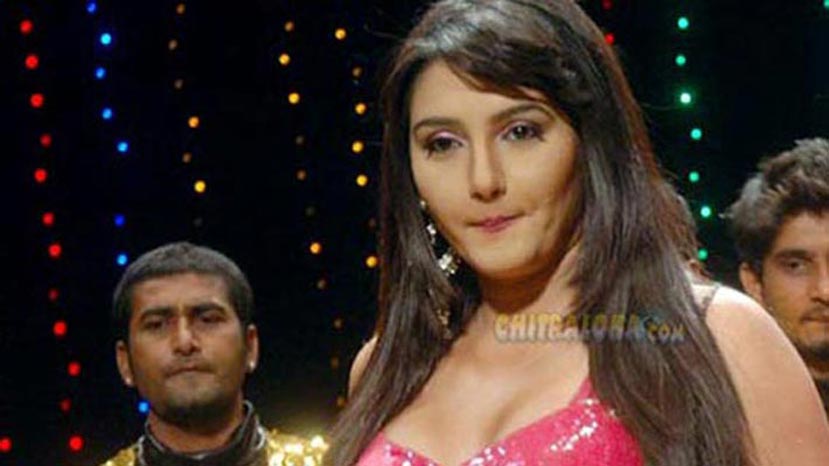 Ragini who has always maintained that item numbers must be called special songs have reiterated that once again. The actress after being seen in the special item song in Sharan starrer 'Victory' is once again will be seen in an item song in 'Ragini IPS' and on Thursday Ragini was talking to few media persons regarding the usage of item dancer in the sets of 'Ragini IPS'. 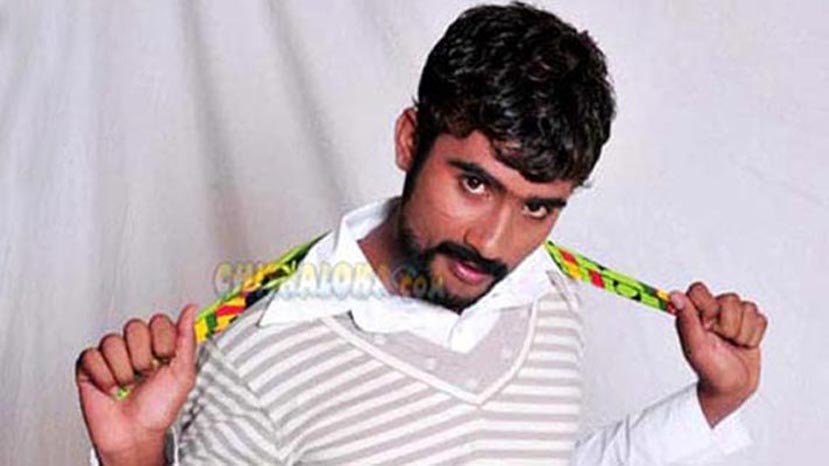 You will not find Loose Mada Yogesh in action for sometime now. He has announced a holiday from work and will not be signing new project during this time as well. Speaking to Chitraloka, Yogesh said he is taking a summer holiday and feels he deserves to have this break. Yogesh will head for Goa to join his friend Prajwal Devraj, who has also taken a break from work.

The actor has worked on two films - Ambara and Jinke Mari recently and no new announcements have been made so far. It is speculated that he will make a special appearance in the film Bhagyaraj, in which his brother will act as the leading man for the first time.