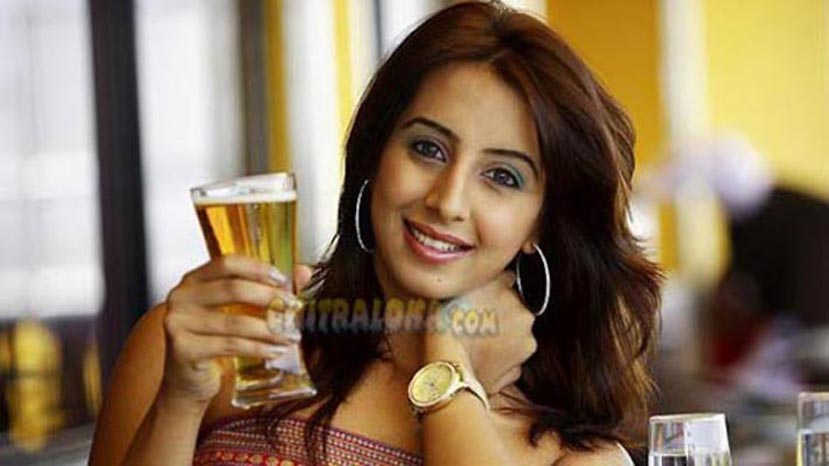 For a while, the 'Ganda Hendati' tag that was attached with Sanjana for years after her first Kannada film seems to have faded. Though there is no other actress named 'Sanjana' that requires a tag to differentiate her, she is being referred to as 'Big Boss' Sanjana is some reports these days. However, when Chitraloka caught up with the actress, we found that she was so busy with films in both Kannada and Telugu that such tags hardly matter. She is now one of the busiest actress in south India with a large number of offers on her lap. 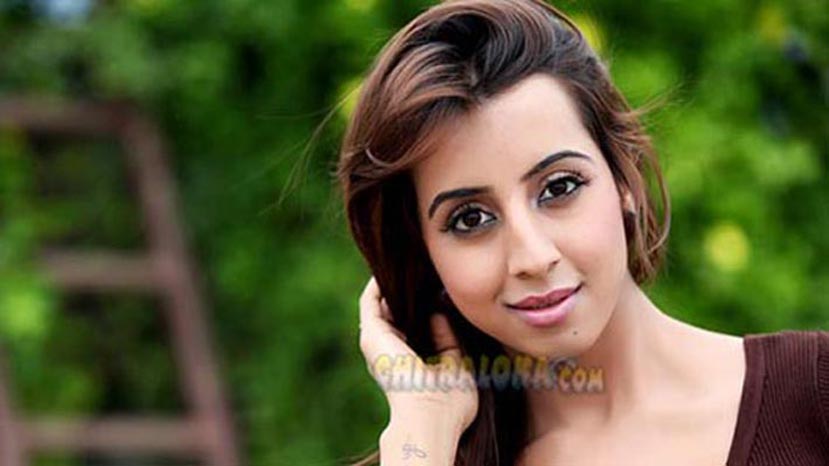 One is Agraja with Darshan and Jaggesh. The multi-starrer is one of the most anticipated films this year in Kannada. The other film is Rebel. The Rajendra Singh Babu directed film has his son 'Deadly' Aaditya in the lead. Though the film has been in the making for over two years, it is in the final stages of completion and the film team is gearing up for the audio launch in the next couple of weeks. Rebel is the costliest film in Aaditya's career and there is high hopes on the veteran director coming up with a film that could give new direction to Aaditya's career. Sanjana thereby will be present in two of the biggest films of Sandalwood this year.

In Telugu, Sanjan's film Shivakeshav, in which she co-stars with Srihari and Jayanth (son of veteran actor Banuchandar) is ready for release. Sanjana is already a well-know face in Tollywood and it is expected that this film will cement her place in the industry as one of the most promising female actors. She also has a big banner film at the same time. She is acting in Nen Yem Chinapillana, which is produced by the Rama Naidu banner.

With so much going for her in two industries, who needs tags? Sanjana however is too modest to boast about her films and very often will be seen only in a particular film's promotion. But we say, way to go girl! 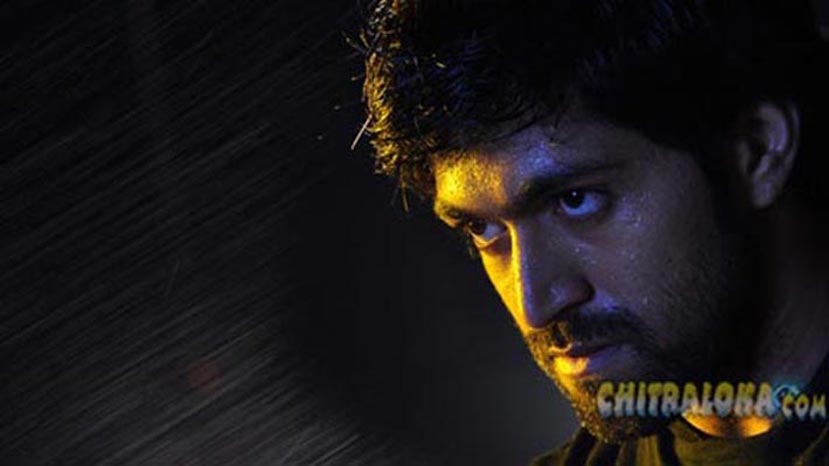 The shooting for Darshan starrer 'Brindavana' which is a remake of Telugu hit 'Brindavanam' is going on in Mysore for the past few days and on Sunday a fight was shot in a rice mill in Kirugavalu.

The fight was composed by senior fight master Palani Raj and Darshan and well known villain Ajay participated in the fight shoot of the film. Even Karthika Nair, one among the two heroines also was a part of the shooting.

During the break, director Madesh said that nearly 80% of the film's shooting has been completed and a fight sequence along with a dance has yet to be shot. Producer Srinivasamurthy has plans of completing the shooting of the film soon and to release in the last week of September.On Saturday evening, the Woodland theatre in Mysore had a celebrity watching the film Googly in disguise. It was none other than the film's leading man Yash, who watched the 7.30 show with is old Mysore friends. But he did not announce visit and even the audience failed to recognise him. Yash says he was wearing a cap and muffler scarf.

"I had not watched the film after completing it. My family members had watched the film on the first day. I stayed at home. When I visited Santosh, the audience crowded and the theatre people requested that I leave before some window panes were broken. I watched only 2-3 scenes. I watched almost the full film on Saturday night. I would prefer to watch the film in the second week when the family audience arrive. I like to hear the comments from people who are talking to themselves rather than to me directly. I kept my ears open and heard people say, "he looks smart now. His fighting has improved. His hairstyle is not good and even some people debating the positives and negatives of the film. I was listening to people more than watching the film."

Basavanna To Continue Without a Title 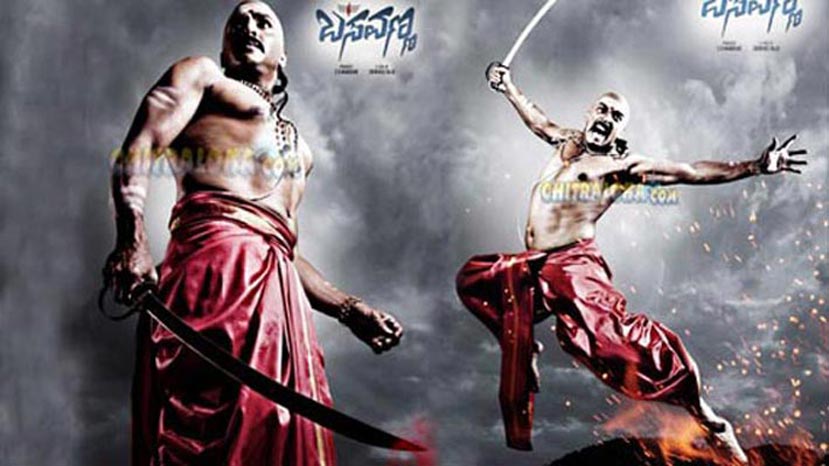 Just a while after the Akhila Karnataka Bramhana Mahasabha condemned for renaming 'Basavanna' as 'Bramhana', producer C R Manohar has decided to continue the film without a title for now.

In the morning director Srinivasaraju had told that as the title 'Basavanna' invited a lot of criticisms from all over, he had changed the title as 'Bramhana' and that will be the title for his from now on. Immediately the Bramhin community criticised for unnecessarily bringing the Bramhin name and creating controversy.

But now producer C R Manohar himself has come forward that the name will be changed and the film's shooting will continue without a title. Speaking to Chitraloka exclusively, 'as of now we have changed the name and has not kept an alternative title. We will continue the shooting without a title and will name the film once we get an appropriate title for the film. Till that time the film will have no title' says Manohar.

Prem Wants To Make a Film on His Life! 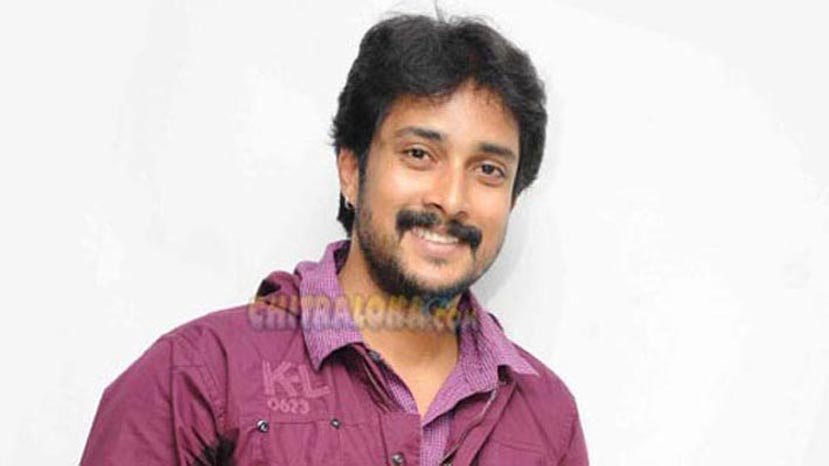 Actor 'Lovely Star' Prem has plans to make a film based on his own life. He has already in this process and says that the film may materialise soon. Prem had called for a press meet to thank the media for their support on him so far. Prem said that in his career of 11 years, he has faced a lot of problems and humiliation and if someone was in his place, then they would have surely committed suicide or would have joined mental asylum.

'My career was not that easy. In the beginning I saw super-hits back to back in the form of 'Nenapirali', 'Jothejotheyali' and 'Pallakki'. After that most of my films were failures and I realised what success is, after I tasted failure. But I am happy that I sustained in this industry while many heroes who had godfathers and money power couldn't sustain in the industry' said Prem.

Prem said he also have plans to make a film based on his life. 'I hail from a poor family and at one point of time; it was difficult to lead a normal life. I started working when I was in 7th standard. I used to work in the summer holidays and would pay the school fees from what I got as salary. After 10th I stopped studies and I had the responsibility of marrying off three of my sisters. Now I have finished off most of my responsibilities. Now I am concentrating on earning a good name. Meanwhile, I am also contemplating about doing a film based on my life itself' said Prem.

Will Basavanna Title Will Be Dropped? 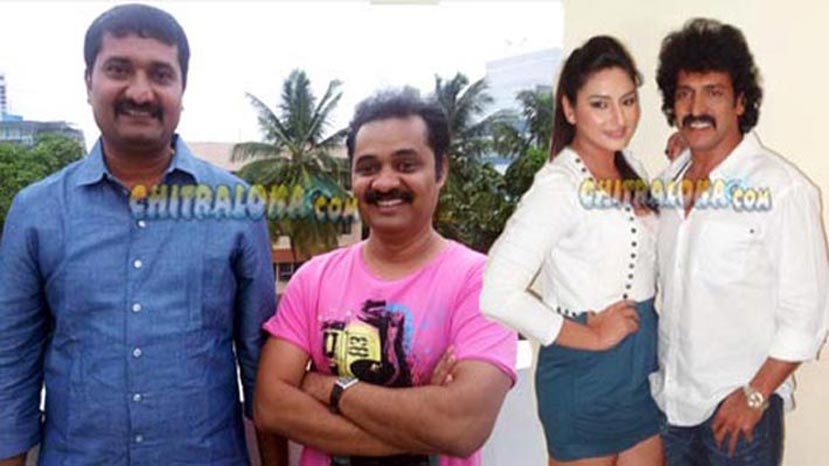 Soon after the news broke out that the Karnataka Assembly will discuss the controversy over the film Basavanna, its hero Upendra has announced that they will change the name of the film. The shooting for the film started a few days ago with Upendra and Ragini in Mysore.

But director Srinivasaraju has told that he has not yet decided whether to change the name of 'Basavanna', after the title stirred a lot of controversies among public.

Chitraloka speaking about the title, 'I wanted to keep a good title for a good film. That's why I selected the title of 'Basavanna'. But the title is not okay with a section of people. If they do not like a good name, then I have no other alternative apart from removing the title and keeping a bad title. But I have not decided as of now. The shooting of the film has started and I am busy with it. I will decide after talking to the team' says Srinivasaraju.

With pressure mounting on Srinivasaraju and the team from the public to change the title 'Basavanna', let's see what comes the reply from the team?