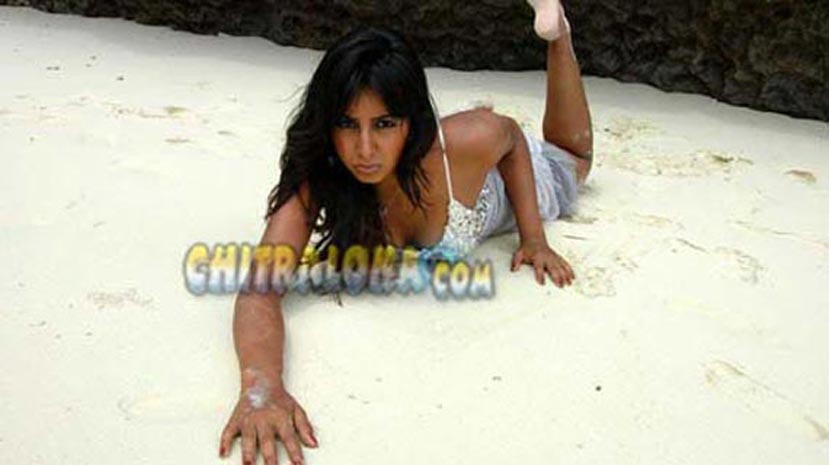 I would like to share a scary experience of mine that happened in Bangkok to me while Ii was there 4 the shooting of Samarthudu. It so happened that very happily and well organized we started off our trip to shoot for 3 songs from the Hyderabad airport. My mom was accompanying me, I am always very care full with three things in my hand bag my PASSPORT, MY WALLET, and MY MOBILE

I took a nap in the flight n as we landed at the Bangkok airport n headed towards the immigration I realize that my passport pouch which carried mine my moms passport , flight tickets n boarding passes with an amount of 6000 dollars was MISSING.

I was terrifically shocked and panicking. My Mom remembers leaving the passports on the flight as she had taken it out in the flight to fill the immigration forms. While I was asleep. The Thailand airport security never allowed us to pass the gates towards the flights to recheck 4 the passport due to security reasons and also claimed that there were no passports or passport pouch found in the flight. It was a SEARIOUS BLUNDER.

They asked us to pay certain amount of a fine n board us back to India. But it was impossible for us to travel back coz a crew of 28 people had to travel back to India without even shooting for a single song and reschedule the whole trip with a heavy loss of time and money

I was rushed to the Thai airways office and after making a 100 different calls to India. I could track the Indian embassy people and approached them for help. Considering the whole situation that so many of us had to board back because of two missing passports they agreed to reissue 2 new brand new passports for 1200 dollars. No choicely I had to pay about Rs.45000 for the new passports that they delivered to us at the Bangkok airport within 12 hour. After which we finally crossed the immigration and took the flight to krabi.

The worst n the most scary thing in life is to get stuck in a different country in a legal issue. Where u can’t even understand or explain things to them in there language n they don’t understand our language. 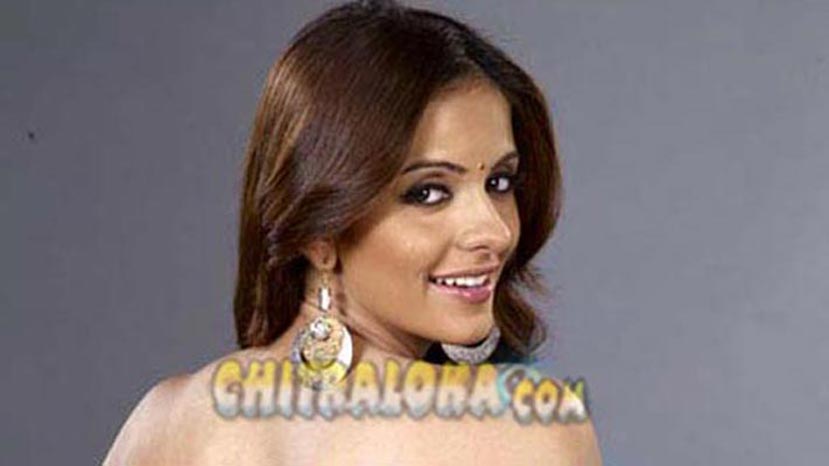 "Jogi' fame Jeenifer created waves through her debut film which became a block buster. After working in a few Kannada films like Sree, Ugadi, Sathyavaan Savithri, Jogi, Lava Kusha, Snehaanaa Preethinaa and Ee Bhandana, Jennifer went to Mumbai to work in a Hindi film. Jennifer was a top model in Mumbai before Jogi director Prem spotted and selected her for Jogi.

Jenny was at her charming best during the audio release of the film Mast Majaa Maadi. She plays an important role in this film. . “It was a total fun film. I had lo of experienced artists working with me. And I was able to know more about the comedy timing which is most important for any artist. I am sure that this film will rock with the audience’ says Jenni.

Now, the film’s producer Vishwanath himself has taken responsibility of wielding the megaphone. Sharan who had earlier directed the film for the first schedule of the film has moved out of the project citing differences with producer. But Jenni’s dates have been blocked for the two current films which will stretch up to January. 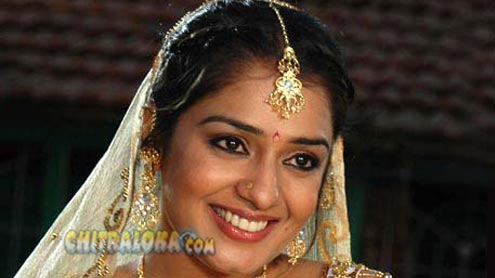 Nikitha who has been making waves in the Kannada film industry now signing some big films like Vamshi with Puneet Raj Kumar is on a roll. She has been selected as a heroine for Upendra starrer Dubai Babu for which she has already participated in the shooting. Nikitha is playing the role of Radio Jockey in the film. The film is directed by Naganna and produced by Shylendra Babu who have two hit films like Kutumba and Gowramma with Upendra.

"I am quite excited to act with two big heroes of Kannada screen like Puneet Raj Kumar and Upendra. My first film Rajakumari is yet to be released despite completing its shooting many days ago. The audio album was released very recently. I have a very special role in Vamshi.

And director Prakash has been able to extract very good performance from me in this film. Dubai Babu is essentially a fun film' says Nikitha.

Nikitha has already acted in a few Telugu films including Don directed by Lawrence and Maharajashri with Srikanth. 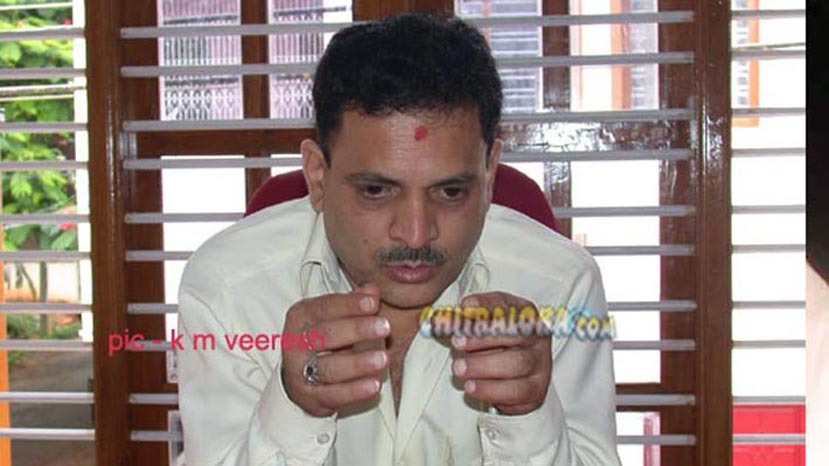 After the disastrous 'Kshana Kshana', Desai is wielding the megaphone, yet again with a new film called 'Sarigama'. Desai says, he is back with plenty of energy and self-confidence this time. He is sure that 'Sarigama' will make him witness his previous successful days. Chitraloka chats with the hatrick director about his new film, past and future.

Q. Desai was nowhere to be seen in the past one and a half years. Where were you actually?

A. Well I was supposed to start a film last November itself. I was waiting for some specific artistes for my film. I indeed approached them, but they were too busy at that time. Somehow the project didn't take off. So, I took more time for writing and right now I have two subjects in hand. Once I am thorough with 'Sarigama', I will be taking up another film called 'Maya' for producer Thirumalai.

Q. Your previous film 'Kshana Kshana' was a disaster at the box-office. What do you think was wrong with the project?

A. As far as I know, the second half was full of confusions. There were too many characters and the story got disconnected from the main plot. I accept, I lost grip on the story itself. Everybody who saw the film says, the first half was very good. However, it that would have been continued, the film would have been a great hit.

Q. Don't you think Desai is losing judgement about his films?

A. Well I don't know. I have lost whenever I tried to experiment. It’s very easy to do a simple love story. But when I try to experiment with it, I have lost miserably. That's what I think happened with my previous films like 'Kshana Kshana', 'Ramya Chaitra Kaala' and 'Marma'.

Q. Have you found out any specific reasons for that?

A. The only reason I think is my previous success. Every time I do a film I have the responsibility of outdoing my previous films. So, I keep on working on the subject. Previously I was doing films from my heart. After many successes I think, I am using my brains more than the heart. That's why many of my judgements boomeranged. So, I have decided to do the next films straight from my heart and not straight from my brains.

Q. What type of films do you want to make now?

A. Well, previously I have done both class as well as mass films. I don't want to differentiate that in my coming films. I just want to do films that will reach to both the type of audiences. If I do something raw, then it may not blend to the class audience. If I do it too artistically, the mass may not digest it. I just want to blend both and do a film. For example, 'Manichitrataal'. I liked the way, they have narrated such a subject commercially.

Q. There was news that Desai is all set to move to small screen?

A. I was supposed to do some work in the small screen but I didn't get proper response from them. That's why I am waiting for the right opportunity. The problem I find with the small screen is that they hesitate to experiment there. They just want to play a safe game. If a talent hunt programme in one channel gets noticed, everybody tries to do the same. I have some concepts for small screen. If they accept, it’s fine with me. Otherwise I am happy here. 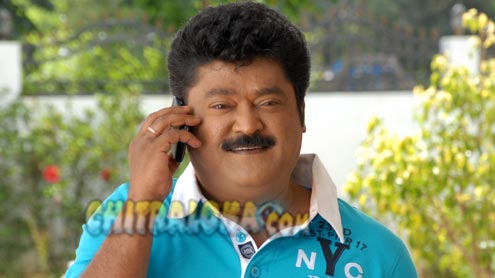 Actor Jaggesh who has taken some crucial decisions in his political career has been receiving lot of criticism for his actions. Having won the recent assembly elections on a Congress ticket from the Turuvekere constituency, the actor has now crossed over to the ruling BJP which has received lot of criticism from many people. There has been widespread protests in his constituency and his effigy has been burnt. Jaggesh who was not available for the film press all these days since the controversy had erupted spent some time with his media friends to explain why he had to take some steps.

`My conscience is clear. Many people are attributing motives about why I crossed over to BJP after having won the election from the Congress Party. And people are telling that I have resigned the Assembly seat because I got lot of money and was promised power from BJP. I am really not concerned about the criticism and I know who are behind the smear campaign against me. Infact these were the people who tried their level best to scuttle my chances of getting an Assembly ticket from my constituency. And they do not have any moral right to criticise me. I can stand up and make many charges on them. I have proof of what games these people had played against me and I am prepared to expose them shortly' said Jaggesh.

Jaggesh said that he has joined the BJP without any expectations, "Even Chief Minister Yediyurappa sir was appreciative that I was joining the party without looking for gains' said Jaggesh.

Finally Jaggesh said that when he would like to sleep in the night he had to sleep peacefully.

"My conscience is clear and when I sleep in the night I am getting sound sleep because I have not done anything wrong' says Jaggesh.