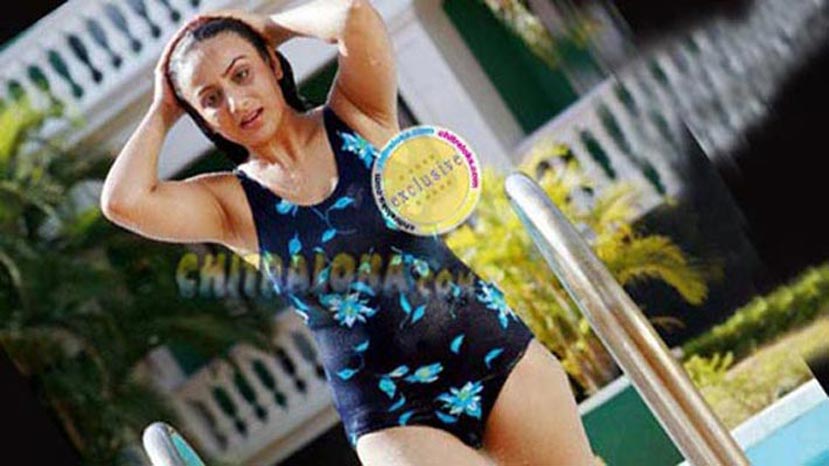 It is a great feeling for any actress. And that too when you are already considered as a top heroine of the Kannada film industry, it may mean much more. Pooja Gandhi credits her present new glamorous looks to her entire team of assistants who worked on her and her own strict exercise and diet regimen which has kept her fit. “You will see me in totally different looks from my film Minugu which I have continued in Iniya. That is because I tried hard to look differently and even my make-up, costume and hair style assistants learnt many new things to improve on their work. I think you will see two phases of improvement from me. The first phase of improvement could be seen from the films like Milana and Krishna and the second phase of improvement could be seen from Minugu’ says Pooja Gandhi.

According to Pooja she had involved Minugu director Jeshwant in the discussions about her changed of looks in the film. He had just told me in the beginning that he expected me to change my looks for the film. “I had concurred with him after hearing the script. We had lot of discussions about my costume designing and make up even from the preparatory stages.

Jeshwant is basically and Ad and Corporate film maker and he could understand my concerns about the need of new look for the film’ said Pooja.

And how does she maintain her physique in spite of her busy shooting schedule? ‘I will not miss out on my yoga and exercise in the mornings and always want to retain my positive attitude. Being deeply religious also helps me. I pray Shivji every day. I always meditate praying I hit the gym everyday without fail. Even when my mother was sick recently, I did not miss out my Gymnasium sessions’ says Pooja Gandhi.

Pooja Gandhi has a number of releases lined up starting from Kaadiruve Ninagaagi directed by Jolly Bastin, Iniya directed by Mussanje Mahesh, Minugu in which she is teamed up with Sunil and Huchchi directed by Venkatesh Panchangam. She has realized her dream of acting in the role of a mentally retarded girl though the film Huchchi. Another significant film for her is Harikathe directed by Dayaal Padmanabhan to be produced by K.C.N. Kumar. In this film Pooja Gandhi is working with her sister Radhika Gandhi. Surprisingly Pooja plays a role with negative shades in this film, while Murali is the hero of this film. 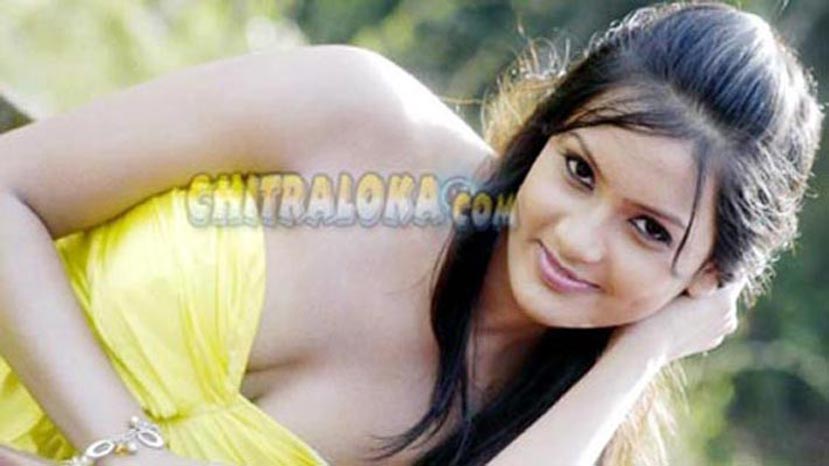 Actress Pragna has shown her dare bare attitude in the recently released film Preethse Preethse in which she has been paired with young Yogish. Pragna may still be a teenager, but she is presently one of the busiest heroines in the Kannada film industry having signed some exciting projects recently.

Pragna's first film Baba did not get immediate recognition, though her sparks of her talent was noticed in Ganesha Maththe Bandha directed by Phani Ramachandra. Pragna acted as a mild and submissive wife of Vijaya Raghavendra in the film. But with her recent release Preethse Preethse, Pragna has shown that she has a right attitude to succeed in the industry. Her dare bare exposure is matched by her dependable talents. Recently she has started shooting for her seventh film Hara. She has also been signed by Tamil film industry's leading director Balaji Shakthivel who had earlier directed a block buster film like Kaadal.

“I am now working in my seventh film with Hara. Thankfully I am extremely lucky to get the best of roles starting from my first film Baba. And I am also working with some very good directors. Though Ganesha Mathe Banda did not do well commercially, my performance in the film was well appreciated. I am equally excited about two of my forthcoming films which will be releasing in the next two weeks. I have another good role in Male Bille which is a musical love story directed by Mahesh Sukhadhare’ says Pragna.

Hara is directed by Devraj Palan in which she is teamed up with newcomer Vasanth. Vasanth had played a small role earlier in Kumar Govind’s Sathya’. “I have an important enhanced role in this film. Though Hara is the remake of Telugu film Chinnodu, I am told by the director that he has increased the scope of my character. In the original Telugu film, the heroines’ characters were restricted to a few songs and sequences.

But the director has made certain changes in the script which has given some additional edge to my character’ says Pragna.

Two more films are lined up for release for Pragna and most important of them all is Devaru in which she has been teamed up with a big star like Vijay. This film is being produced by Rockline Venkatesh and directed by Sadhu Kokila. Pragna will be leaving to a foreign country shortly to shoot the songs of the film. And the girl has already hit the foreign soil for the shoot of Preethse Preethse which has been shot in Switzerland and Bangkok. Another film is Mahesh Sukhadhare directed Male Billu for which shooting has already been completed. 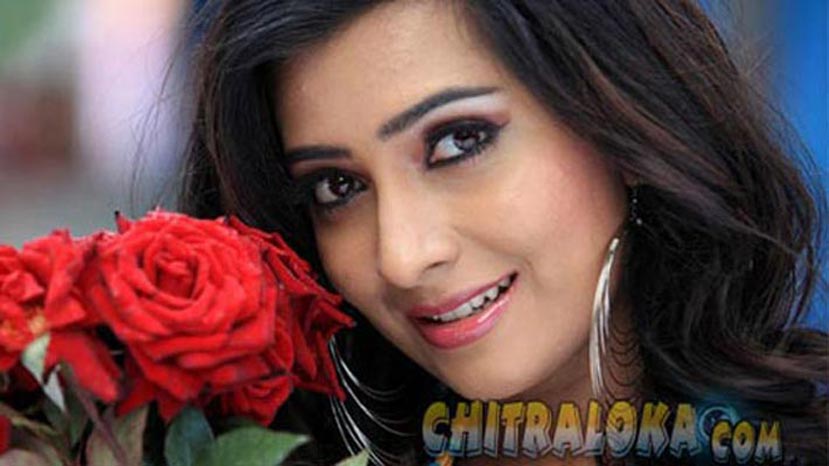 Bubbly Radhika Pandit has been quite in upbeat mood now. Notwithstanding the critical appreciation to her performance in the recently released film Olave Jeevana Leekachara directed by Nagathihalli Chandrashekhar, she is also on cloud nine because the songs of her forthcoming film "Love Guru' directed by debutant Prashanth has come out very nicely.

Her amazing performance in this film has been appreciated by many film industry personalities who watched the film in a special show organised recently.. And there were many film directors and artists who came on the premier show of the film who had personally congratulated her on her brilliant portrayal of a sensitive role. Finally, even director Nagathihalli is heaving a sigh of relief as Radhika Pandit stands out with shining colours in this film.

But the appreciation that has really enthused this lively actress came from none other than Dr. Vishnuvardhan who saw the film. When P.R.O. Venkatesh telephoned Vishnu sir and gave the call to Radhika, it was the Lion's appreciative words that had mesmerized the young actress. "I could not believe Vishnu sir was talking to me. He appreciated many of my expressions in the film and was describing in detail about the sequences I had scored' says Radhika Pandit clearly in awe with the Super Star.

“I knew that the film is bound to be appreciated for its story content. But I was little apprehensive because I did not know whether I was able to deliver complete justice to the well defined character of Rukmini. I was really thrilled when the film industry and media personalities came to me and complimented me. But Vishnu sir's appreciation is something special to me. I did get appreciation from many people for my performance in Moggina Manasu, but I think the level of appreciation has been much higher in the case of OLJ. I should thank Nagathihalli sir and my co-artists for providing me such a big support during the making of this film’ says Radhika Pandit.

Radhika plays an innocent plan jane girl in this film, but she is presented as a stunning diva in Prashanth directed Love Guru in which she is teamed up with Tarun. Radhika has sported new looks and a falling hair do. She is paired up with Prajwal in another commercial entertainer Super Man where in debutant director Prabhakar.

"I have become more glamorous in Love Guru where Prashanth has presented as a modern girl. I play the role of a girl working in a Corporate company. The attires are modern and stylish' says Radhika Pandit. 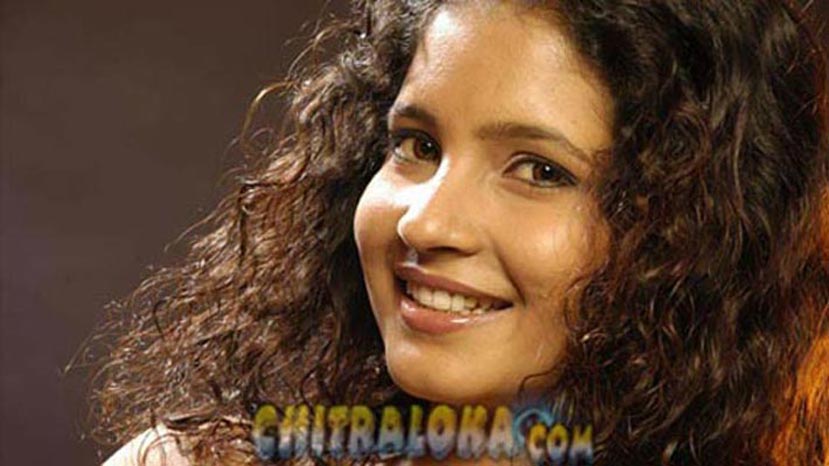 Actress Shubha Poonja who has been in news of late for right and wrong reasons is of the opinion that she is more suited for glamorous roles, than just being presented in plane jane characters. In the recently released film Taakat, Shubha had played a village belle's role which required less of her glamour quotient. But she is still happy that she has got big recognition from this film which is now doing quite well.

‘I had a deglamorised role in this film and I had to play the character that is totally alien to my brought up. But still I was able to deliver goods. Only in one song of the film I was able to carry on with glamorous attires. I am now enjoying the flavor of the success of this film, as it is coming after a gap of more than an year in my career. Now, I am sure that Taakat will be adding to the list of my successful films like Moggina Manasu and Chanda' says the actress who has already finished a round of success tour to many towns screening the film.

“I don’t be bogged down by some unnecessary rumors and comments made against me. What I want to prove is that I am a good actress. I am trying to be natural' says Shubha. She also said that her family members have well understood the occupational hazards of the film industry and are fully supporting her.

Incidentally Shubha has finished her talkie portions work of the film "Golmaal' directed by Pramod Chakravarthy Since her hero Vijaya Raghavendra has become extremely thin, now she is on a weight reducing drive. “I may well look differently in the song sequences and the talkie portions of the film. I am already on diet and doing little more workouts. Both the songs are planned and designed to add glamour quotient to the film’ says Shubha.

Incidentally Shubha’s another film Preethi Hungama will be completing its final stint of shooting this month. 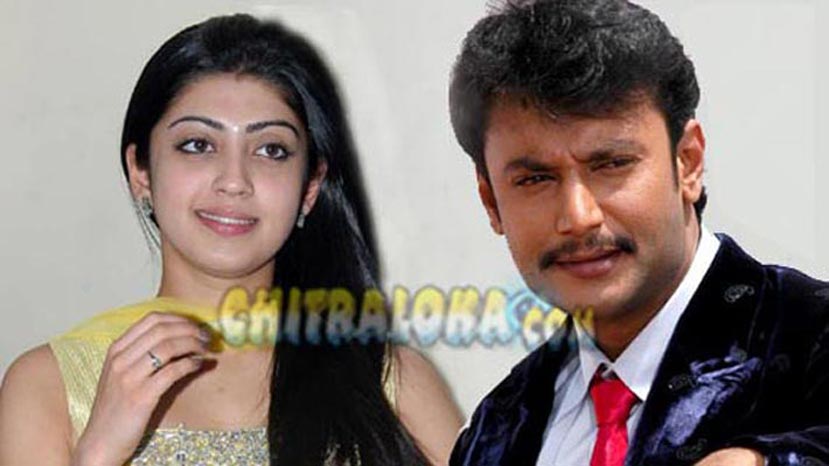 It was her destiny to do her first Kannada film with Challenging star Darshan. Pranitha Subhash is now the heroine of Porki directed by M.D. Sridhar. Prantiha should have worked in many Kannada films before, but for one reason or the other the films got postponed or she was replaced after which Pranitha has made way to be the heroine of a big film like Pokri.

“I am very natural in front of the camera. My off screen appearance may be simple, but I will certainly look gorgeous and vivacious on the screen’ promises this newbie actress. She was to have been launched earlier in a film directed by Indrajith Lankesh. But the film did not take off as expected. Indrajith who had introduced Deepika Padukone to the Kannada screen had many ideas of presenting this young actress. Then she was supposed to have played the lead in ‘Bisile’ but the role later went to Jennifer Kotwal. Pranitha herself turned down offers in Kannada and Telugu like ‘Preethi Nee Shasvathana’ and ‘Bhupathi Pandya’.

Pranitha Subhash is still in her teens, but observers from the set of Porki say that she will surely go places. “I have got a great launch with Porki with Darshan sir. Pokri will definitely present me in a grand manner’ says Pranitha.

Sources also say Pranitha was also considered by director Yogaraj Bhat when he was searching for a heroine for Lagori with Puneet Raj Kumar. But the film was shelved after years of preparation because of its huge budgetary demands. Pranitha had also made some big sacrifices during the pre Lagori days as she had rejected many tempting offers. ‘But all these things are part of a film making process. I don’t have any regrets. And the positive turnaround in the form of the leading role in the film Porki is more rewarding’ says Pranitha.

What about studies? “I topped with 88 per cent in my 11th standard exams. But perhaps destiny is taking me somewhere else,” she smiles. Pranitha might have lost five films, but she has been chosen for a best offering. And that’s it.