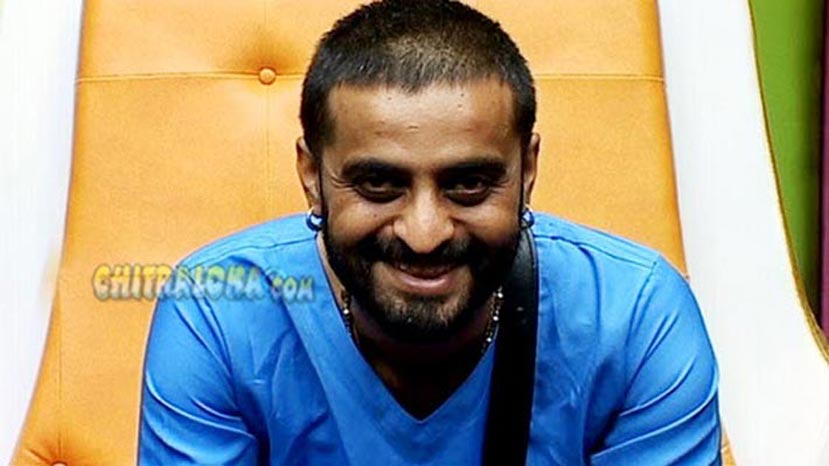 Adi Lokesh who was in Bigg Boss house for 63 days has been eliminated. Speaking exclusively to Chitraloka from Lonwala, Adi Lokesh said, "I had thought I would manage to stay inside the house for about four weeks. But I had never ever expected that I could survive for so long. 63 days is a long time. I was happy staying there for so long and I am double happy that I came out of that atmosphere!"

Regarding why he is happy to be out of the house, Adi Lokesh reveals the conflict, conspiracy and tension between the various participants. He said, "In all my days at the house I was sincere, genuine and did not play double games. But it is a divided house. There are two groups inside. One consists of people from the film industry and another is from the TV industry. The first week itself, I was shocked to see Anitha Bhat being eliminated. And the second shock was when Harshika Ponnacha was eliminated. But when she came to the house on the wild card I was happy but was shocked to see her eliminated for the second time. Even Shakeela elimination was not expected by me. You will now notice that only film personalities are being eliminated from the Bigg Boss house. TV actors are playing safe with understanding among themselves. I was very happy to see Bullet Prakash gain entry to Bigg Boss. When he came, I told him how things were being played out by the participants from the TV industry. But Bullet was there for only week. What I had seen 50 + days Bullet Prakash understood everything in only one week! 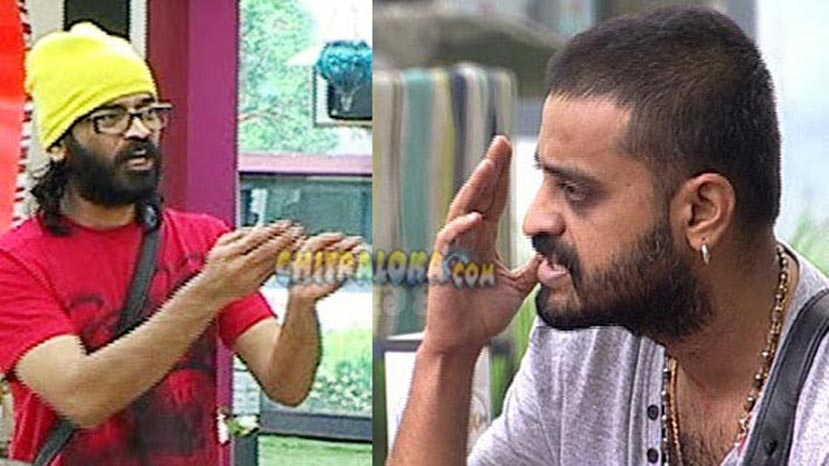 Adi says the entry of director Guruprasad made things harder. He said,

"One thing I would like to mention is that Bigg Boss is not a place for us. Especially when a person like Guruprasad comes in. Till then it was manageable and everyone thought I would enter the finals. But after Guruprasad's entry and his foul language and bad behaviour, I was praying that I should be eliminated and I am happy that voters has understood my pains and ousted me from the house. Until the day I was in the house, I had not allowed any trouble to brew. From now on you will see the real fun if they capture and telecast the real things. Even real fighting may happen between the contestants which I had managed to avoided till now."

Adi is not happy with how he was being treated. "After getting out from the house now I understand that in our State wherever we go people recognise us but here nobody is there to care for us after we come out. I am now going to Mumbai for my earlier committed works and will be back to Bangalore after three days," Adi said.

Layendra out of Bigg Boss - Exclusive

Prem and Amulya in Big Boss

Shakeela Out of Bigg Boss - Exclusive

Harshika out of Big Boss - Exclusive

Anitha Bhatt Out of Bigg Boss

Bigg Boss 2 - Who Are the Contestants?

Bigg Boss is Not my Cup of Tea: Pooja Gandhi

Bigg Boss Goes to Suvarna, Will Sudeep go too? - Exclusive

Thilak and Swetha Back in Bigg Boss

Who Will Be Out of Bigg Boss today?

CM Not Invited To Bigg Boss 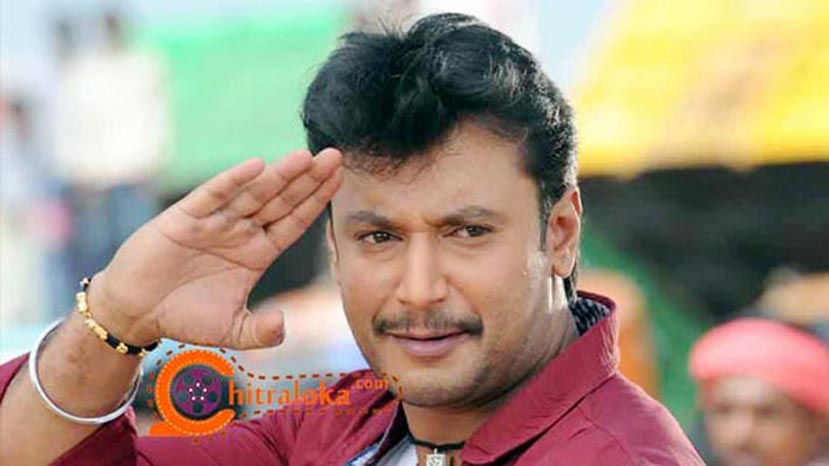 Actor Darshan who won his first State Film Award for Best Actor for the film Krantiveera Sangolli Rayanna has dedicated the award to the actors who have played villain roles in Kannada films.

There is no award for the antagonist or 'villain' role in films and many great actors including his father Toogudeepa Srinivas therefore never won such awards. Therefore Darshan's dedication of the award to the antagonists of the silver screen is not just a honour to his father but also hundreds of actors who have played villain roles in over 3,000 Kannada films in the last 80 years.

Many of Darshan's friends are children of yesteryear on-screen villains and they have been calling up Darshan non-stop for the last few hours since the award was announced.

I don't Care What People Talk About Me - Sunny Leone 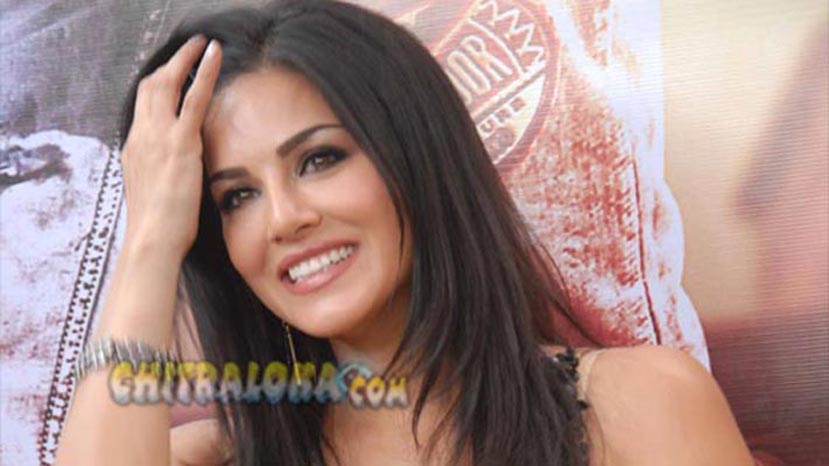 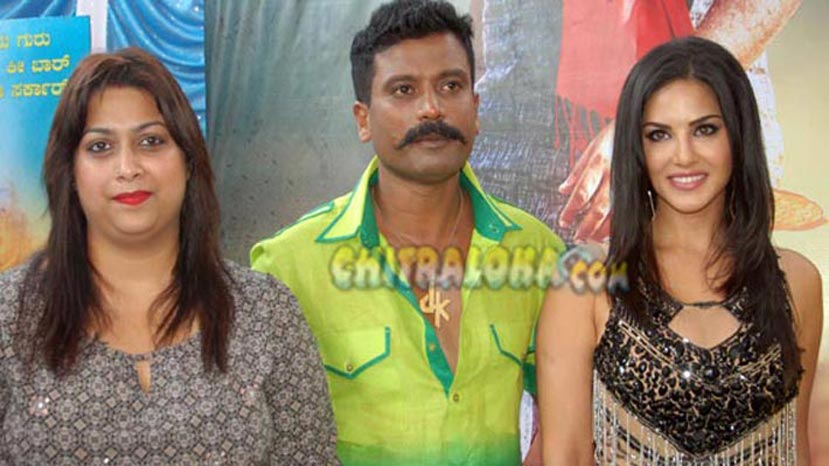 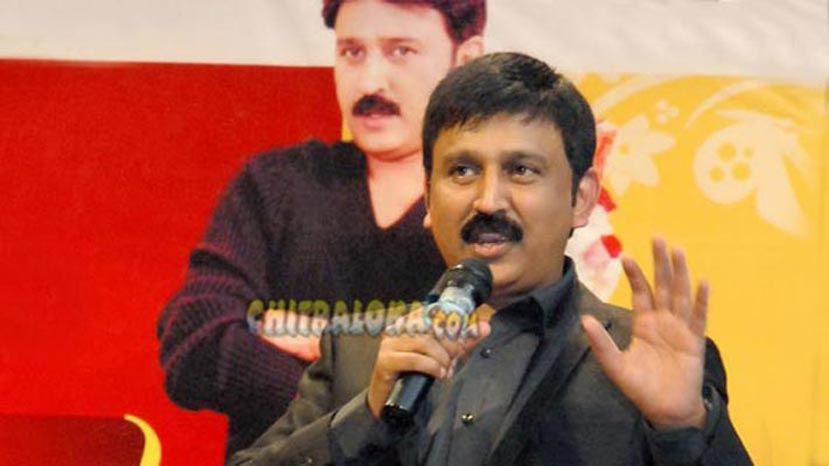 1) Our Constitution gives everyone the basic right to work. If I can act or direct or host a show or write a book or be a radio jockey i would like to explore all avenues.

2)Weekend With Ramesh is a positive show celebrating acheivers and inspiring young people to succeed. The reaction is phenomenal and people are so fond of it I would like to finish the first season as per my contract without disturbance.

3) I intend meeting  the producers  once I return from chennai next week after completing my directorial Uttama Villain with Kamal Hasan. Let me first understand their concerns and reasons behind their argument."

This is Ramesh Aravind's reply. But this is unlikely to be the last.

Follow Chitraloka for the unfolding events of this controversy. 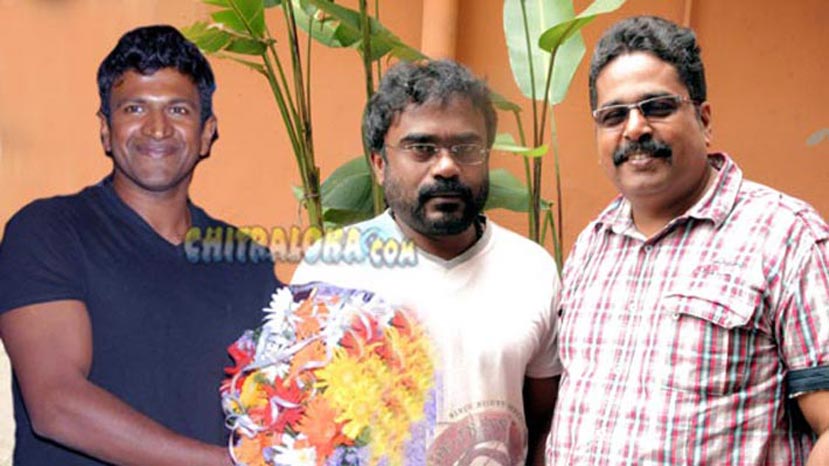 Dear Veeresh, Thank you very much for publishing about my novel being made into Dodmane Hudga, by reputed director Suri. At the same time, I would like to highlight few unique things about this venture.

If we go down the memory lane, we come across many novels which were made into wonderful movies by Dr. Rajkumar. Huliya halina mevu, Mayura, Bangarada manushya and many more Raj Films were based on equally popular novels.

What we are trying here is a different . The storyline of Dodmane Hudga is suggested by Director Suri. He narrated a story to me and asked me to write a novel based on that. I immediately agreed as it was an exciting offer. It is a rare and first of its kind experiment in Indian Film Industry, according to my knowledge.

Let me explain the plan of action. I write a novel based on suri's storyline. I am free to create a world which is suitable for a novel. I will create a village, the characters, the friction and action part, a climax as a writer and Suri will be making a film based on that novel. At the same time, a storyline, is being TREATED and PRESENTED in two diffrent mediums of expression

This is an interesting experience for me. One  subject - two mediums, two different approaches is certainly to explore our mastery in our fields. At the same time, it gives an opportunity for the interested students to compare both script and novel. I might write, say, 'and finally they deceided to part and their long standing love come to an end' . How to show it on screen is the Directors idea. What could explained in a sentence in a novel might need many shots and a four to five page explanation could be shown in a single shot. This 'media specific' nuances make this process really interesting.

I wanted to explain this to your readers for the simple reason that no one would have an impression that the film is based on my novel rather it is a co-process, craetive joint venture and curious experience for both of us.