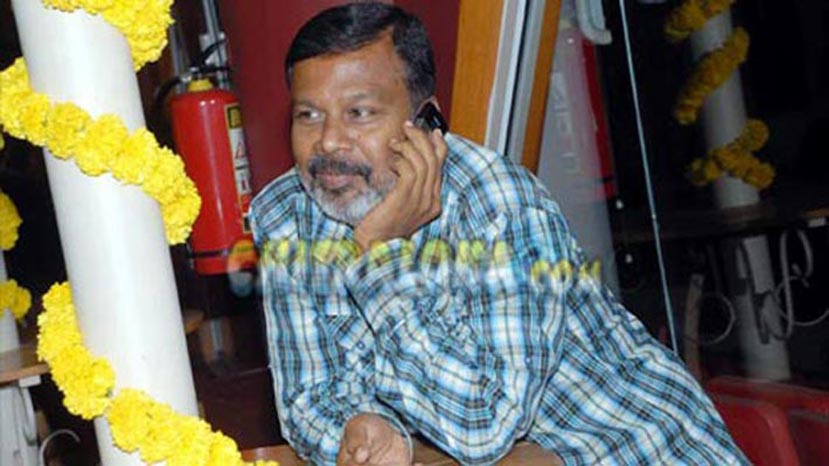 "I am only assisting Om Prakash Rao in making the changes in the dialogues written by him as required by him on the sets. I am not directing the film now. But I am extending all sorts of assistance that is needed to complete this film' says M.S.Ramesh.

Ramesh was commenting on the news published in Chitraloka portal that he will henceforth direct Darshan starrer Prince produced by Sandesh Nagaraj which was earlier directed by Om Prakash Rao. "My friend Om Prakash is directing the film even now. But the only change is that he is directing the film sitting on a wheel chair which has been provided by him by the producer.

He has directed a few sequences and a fight sequence of the film in Nanjaraja Bahaddur Choultry which has featured Darshan and Nikitha from the last two days. I have come back to Bengaluru now because I had to attend my father's ceremony. Now, I am going back to Mysore only to rewrite the dialogues whenever required by my friend' said Ramesh.

Ramesh said that he has been a close friend to Om Prakash for the last two decades and has really appreciated his achievements as a director. "It is a fact that some people from the unit wanted me to take up the mantle of direction. When preliminary discussions were held I was the one who said that the project would benefit largely only when Om Prakash directs it as he is the best commercial director. I may be a better dialogue writer than him, but he is certainly a better director than me. He had already directed Prince for 20 days in its first schedule. But later he had met with a ghastly accident from which he will be recovering in another one month. Since the dates of all artists had been taken much before, I suggested that Om Prakash be provided a wheel chair. He sits on the wheel chair and directing the film. He has an experienced associate in Somaraj who is taking care of everything. Somaraj is one person who works smoothly and there will be no tension to any director when he is around. I will discuss with Om Prakash and make necessary changes in the dialogues if at all needed. But I am writing the dialogues some times on the set and some times in my Hotel Room at Mysore' said Ramesh.

Ramesh hoped that Om Prakash would be able to recover completely in 30 to 45 days. 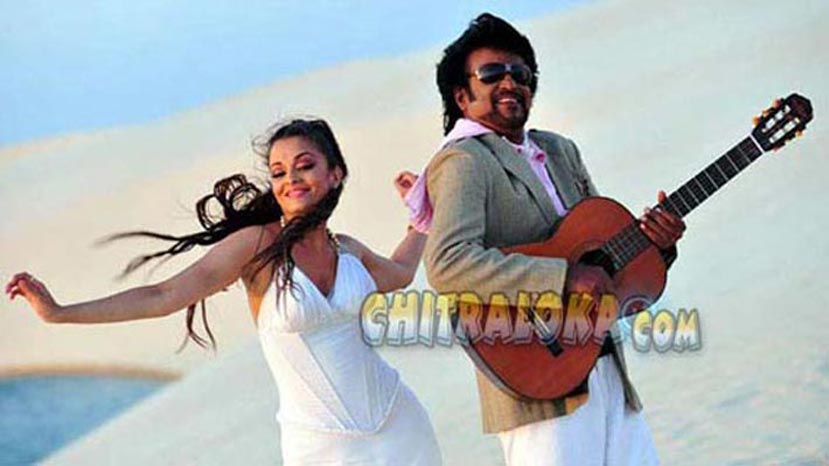 Another much awaited Kannada film Gaana Bajaana directed by Prashanth and starring Tarun and Radhika Pandit is all set to be released on October 1 which will see the film pitted against Goliath like Endhiran starring Super Star Rajnikanth and Aishwarya Rai and directed by Hot shot director Shankar. But Prashanth says that it has been an inevitable situation and he cannot wait for long.

'Gaana Bajaana which is also another youth oriented film like my debut film Love Guru. It is a two hour ten minutes of continuous fun film which is designed to entertain the audience. I did want it to get a good released. But now I came to know that Endhiran release has been postponed to October 1 and since we had booked theatres throughout the state, we had no other go than to release it. I hope Kannada film audience will back this film and encourage a good Kannada film' says Prashanth who showed lot of promise which broke even in the Box office besides winning some awards including a Best actress film fare award for Radhika Pandit.

Prashanth says that Gaaja Bajaana is quite different from his first film and does not have any sentimental overtones. 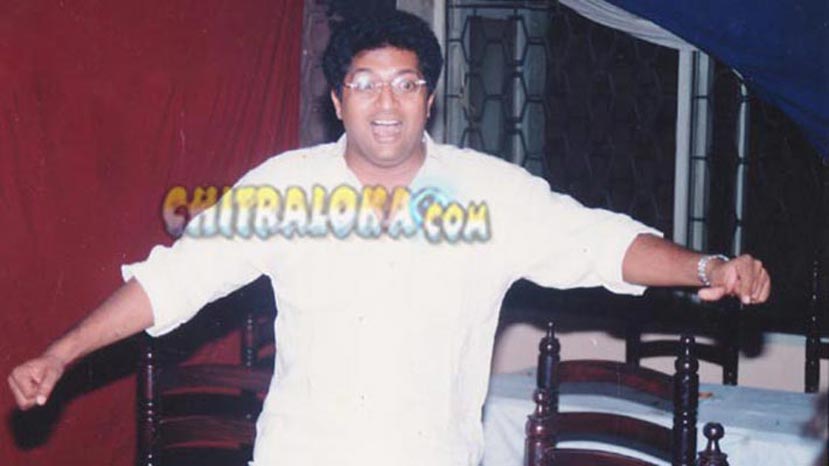 Prakash Raj has achieved a degree of personal satisfaction after making a debut as a director through Naanu Nanna Kanasu which has completed 125 days in two multiplexes in Bengaluru and Mangalore. Thanks to many number of multiplexes which screened the film, Prakash Raj’s debut venture Naanu Nanna Kanasu has reached a large number of audience. Even the Satellite rights of the film has fetched good returns for Prakash Raj and his media house friends who have produced this film.

Expressing his satisfaction about the way his first film was received by the Kannada film fans, Prakash Raj classified his film as a week end film which obtained very good collections on Friday to Sunday and average collections in the remaining four days of the week. “The pattern of collections clearly proved that the office going middle class and soft ware crowd has liked my film and seen it in large numbers. The film has run for fifty days in as many as seven centres and it earned copious share amount in all the seven weeks. But we need to market this type of films in a different manner. The film industry has to discuss these issues with concern to good films’ says Prakash. Prakash says that his production house Duet Movies will be making two more films this year which will not be directed by him. He gave details about one film which will be produced jointly by Duet Movies and Media House represented by B.Suresha and his wife Shylaja Nag. Another film which will be started shortly will be directed by Dayal Padmanabhan and is a remake of Telugu award winning film “Aithe’.

Prakash says that he has not yet thought about his second directorial venture. He has also not decided whether to direct an original script or a remake film’. ‘I am now working overtime to finish my work in four Tamil films which are on floors now and will be busy producing two more Kannada films. I can only take up a new venture for my direction sometime next year’ says Prakash Raj. Prakash Raj had to attend the shooting of Telugu film Khaleeja in Hosur, near Tamil Nadu. 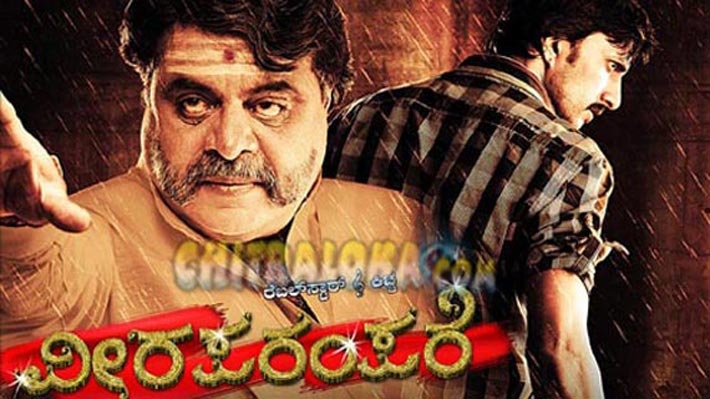 Veera Parampare director S.Narayan says that he had been wrongly advised by some people in the industry that it would be a hard task for him to finish the film with an actor like Ambareesh and Sudeep as main artists .

"But all the fears and anxieties were dispelled immediately after the shooting. Both Ambareesh and Sudeep proved to be gem of artists who were prepared to put in two hundred percent efforts for the film. I am extremely thankful for both the artists' said S. Narayan addressing a press conference before the audio launch of his new film Veera Parampare.

In my long career in films, I had worked with almost all top heroes of the film industry except Rebel Star Ambareesh sir and Sudeep. It was my ambition to work with these two talented artists. When I started writing the script of Veera Parampare the characters that groomed out of my writing just fit into these two artists. Even if any one of them would have told me that they were not interested to do the film, I would have kept aside the script as no other actor would have fit into the respective roles. But thankfully both the artists were agreeable to do the film without hearing the story. Later some of the people in the industry said that I would face lot of difficulties in making this film as I will always execute my films in a perfect planning. I was little apprehensive because I had not experienced anything bitter in all my films before. But my experience was so pleasant that I wondered why Ambareesh Anna and Sudeep have been targeted by some vested interests. They have delivered wonderful performances in the film. I dont think there is any heroine who can match in height for Sudeep. But I chose Aindrita for the role because she was bubbly and always smiling. She has given a wonderful performance in the film. The film has scope for lot of action and comedy also. I finished the entire shoot in 75 days, though all my earlier films have been made within 60 days of shoot' said S.Narayan.

Ambareesh said that he came to know about his character only a day before the shooting of the film had to start. "If Narayan had told me the story and screenplay earlier, I would not have accepted the role. I play the role of Varade Gowda which is so stronger that I thought for a moment whether I would be able to play such a role. But Narayan created lot of interest during the shooting of the film by his planning and execution of the project. I went to different places for the shoot and had a good experience. I took lot of interest even in small characters of the film. I would like to say each and every artist of the film has performed to the best of his ability' said Ambareesh. 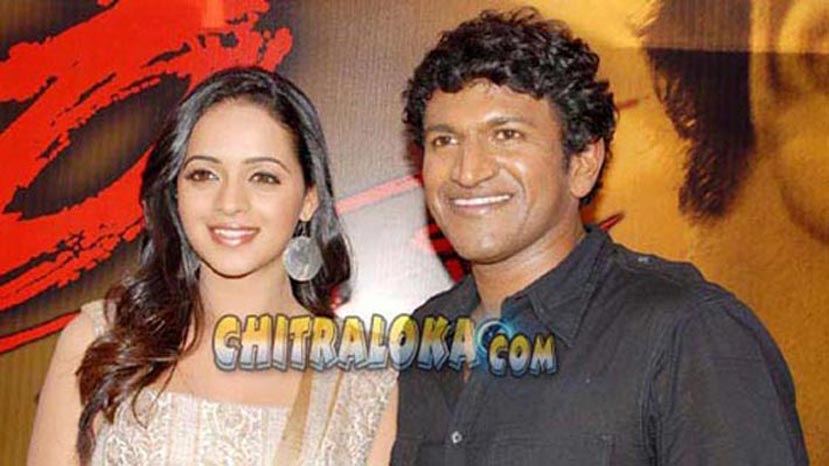 The audio of Puneet Raj Kumar starrer Jackie directed by Soori has obtained a huge response. Normally an audio will become a hit with two or three popular songs, but in the case of Jackie it is the case of all the five songs written by Yogaraj Bhat becoming extremely popular. Shiva Antha Hoguththidhe Roadinali, Ekka Raaja Raani, Eradu Jade and Edavattaaythu have become chart busters already. Jackie's audio has been such a big craze in the market that the Anand Audio Company has now released combination albums with films like Pancharangi, Kichcha Huchcha and many other films. The audio sales have seen spectacular growth with this marketing technique.

For the first time he is feeling a big excitement about the film which has now become the most discussed hot project in the industry.