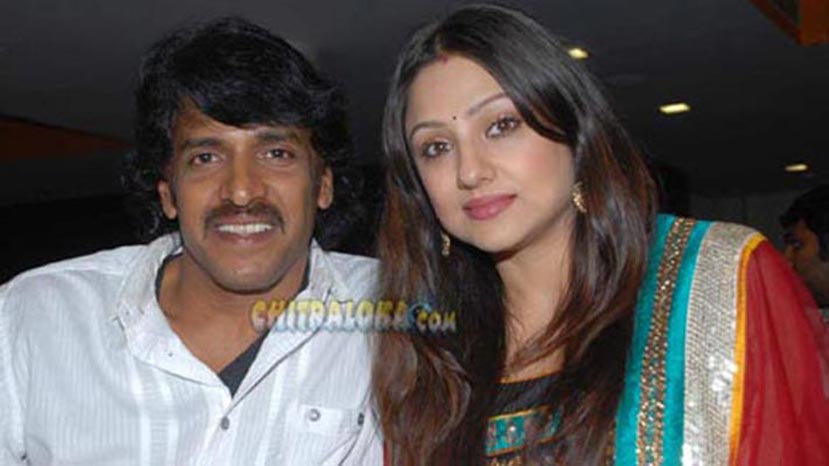 This year's birthday celebrations for Real Star Upendra's fans has been something special. The announcement of a new film to be directed and scripted by him has ignited their hopes to reach peak levels.

After a gap of ten years, Uppi returned to directing films and all the fans know how Super became another trend setting film.

Sensing the jubilant mood of the fans who had come all over the stage to greet her husband, Ms. Priyanka Upendra who is producing the film (tentatively titled as Upendra 2) said that this film will be to the linking of Uppi's fans who look for some innovation and creativity.

"I forced Uppi to take up direction at the earliest. I did not hesitate to tell him that the film under his direction should be made under our own home banner. Whenever I broached the subject of his direction, he would smile. I just asked him whether he would take another ten years to return to direction and he stopped smiling and told me that he would seriously think about my request. Even his loyal fans and media friends were pestering him to take up direction.

Finally he gave us the nod and the script is in the process of completion now. We have already fixed the main technicians for the film. We will have to select some new talents for the film' Priyanka said. 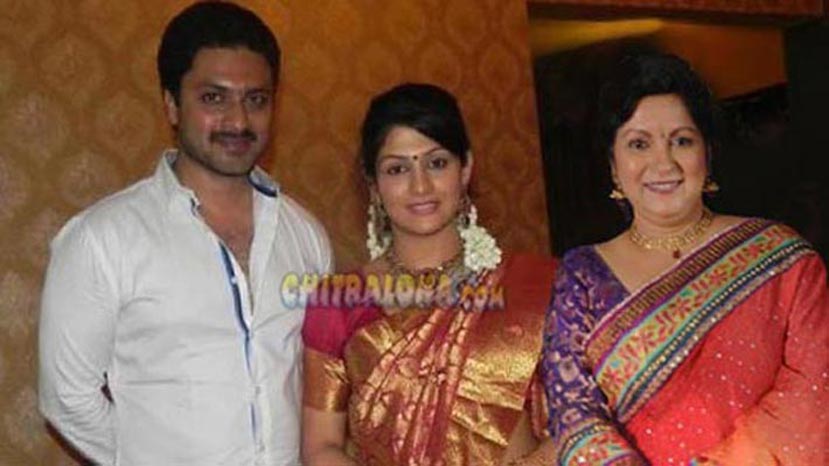 Producer-Director and Actor Vijayalakshmi is now directing a film for an outside banner. She showed her prowess in directing films like "Ee Bhandana' and "Male Barali Manjoo Irali' which brought her lot of laurels. Now she is directing a film to be produced by actor Radhika Kumaraswamy who is making a comeback through this film.  Audithya is playing lead actor's role in the  film.

Giving details about this venture, Vijayalakshmi Singh better known as Munni in the film industry circles said that she had in fact contacted Radhika to discuss with her about a role for which a script was written by her. "I briefed the script which was instantly liked by Radhika.  She said she would be happier to make the film under her production banner as the film's story needed a good star cast and rich production values.

Radhika Kumaraswamy told me that she has already made a film like Lukcy and proved how serious she is busy with her production ventures. "It was Radhika's wish to add lot of variety in  the making of the film' said Vijayalakshmi Singh. 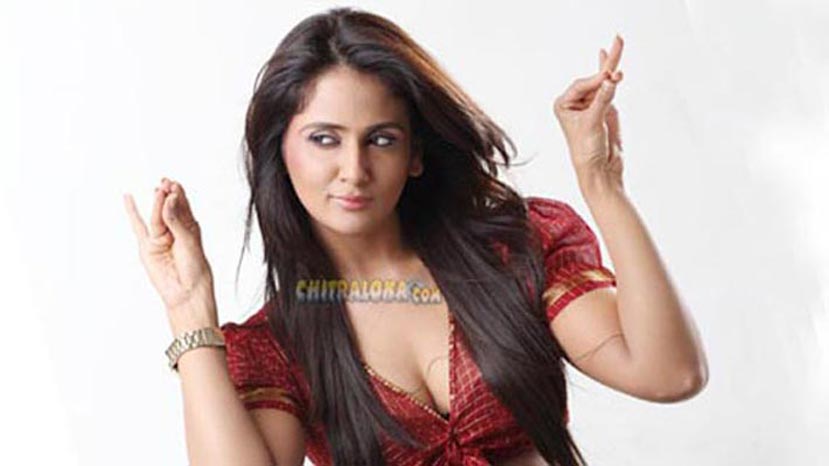 Bewitching beauty Parul who charmed the Kannada film fans with her Pyaar Ke Aagbittaithe song in Govindaaya Namaha is now working with actor Sudeep in the film "Bachchan'.  Right now, her portions in the film is being picturised which may continue for some more days. Later she will be partiicipating in the songs sequence of the film in the month of October and November. 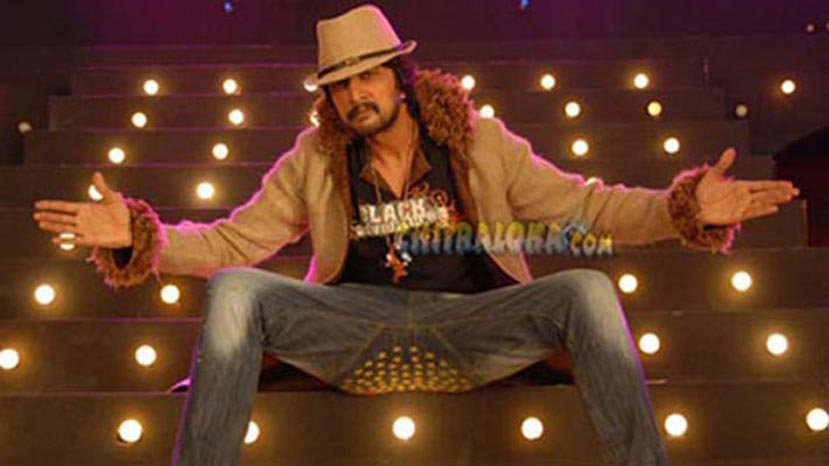 Despite Kiccha Sudeepa's intnetions to have a low key birthday on Sunday, the 2nd September this year, his fans are not prepared anything less than a big bash for the fans.  Last Sunday, on 26th August 2012, fans were already making arrangements to work out details for the actor's birthday.

The big success of Sudeep's bilingual film Eega and Naan Ee and also the dubbed Malayalam version Eecha has given a big boost to the celebrations even as Kiccha's next film Varadanaayaka in which he plays a special role is getting released in a few weeks from now.  And there are many big films which are now in various stages of production and pre-production work.

There is also a possibility that Kiccha's new segment of fans from Andhra Pradesh and Tamil Nadu are expected to join the celebrations considering that Eega and Naan Ee have become the biggest block busters in their respective states and also in abroad.

Speaking to Chitraloka Mega Portal, Kiccha Sudeepa said that for him his birthday was just a birthday till his fans decided to celebrate it and wanted to meet him on that day at his house in J.P.Nagar. ' Every year I find them assembling from the strike of midnight at 12.01 A.M. on 2nd September.  These fans will start playing drums and I have to cut my first birthday cake at that time.  They would have come from distant places like Hospet, Koppal, Gulbarga and many other places.

Later the batches of fans start arriving which keeps me busy the whole day'   says Kiccha.

Kiccha says that birthday has become special for me only because of fans.  He does not know how to pay back their affection and love. 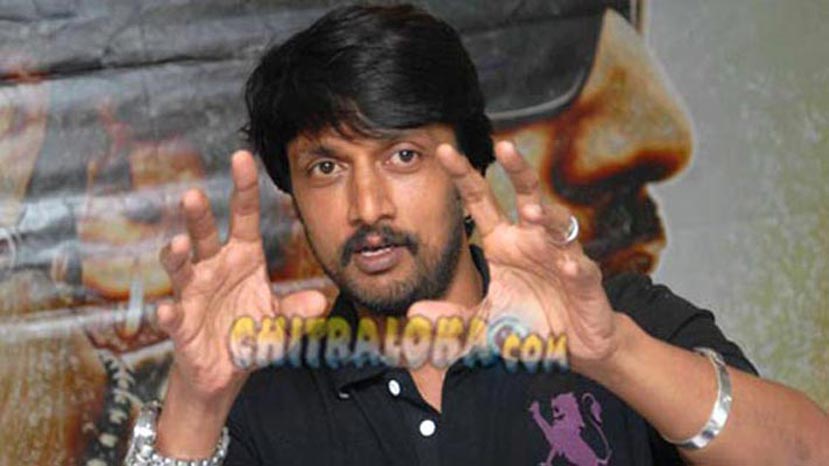 Kiccha Sudeep will not be working in director Gautham Menon's new film with Vijay in the lead role. Kiccha was surprised to hear that some websites and media platrorms had published news that  he will be playing a negative role in the Tamil and Telugu film starring Vijay and directed by Gautham Menon.  He has denied that he had given his acceptance to such an offer, leave alone to accept some offers from non Kannada films as of now.

"I am surprised to see how this news emanated.  Infact I am not working in any film of non Kannada languages as of now other than in films like Bachchan directed by Shashank for which shooting is now under progress' says Kiccha.

"I have some commitments now in the Kannada film industry.  I can not just drop these projects and go to work in other language films as of now. Right now I am working for Bachchan and later I will be working for a  film with producer N.Kumar.  Kumar wants this film to be a trilingual film, but we have not get the script ready to make any decision on that.  Later I have also agreed to do a film with Nimishambha productions Chandrashekhar for which we have not worked out details.  Right now, I am not inclined to accept any offers.  I am glad even Gautham Menon has denied my presence in his film and has indicated that there has not been any discussions in this regard' says Kiccha Sudeepa.