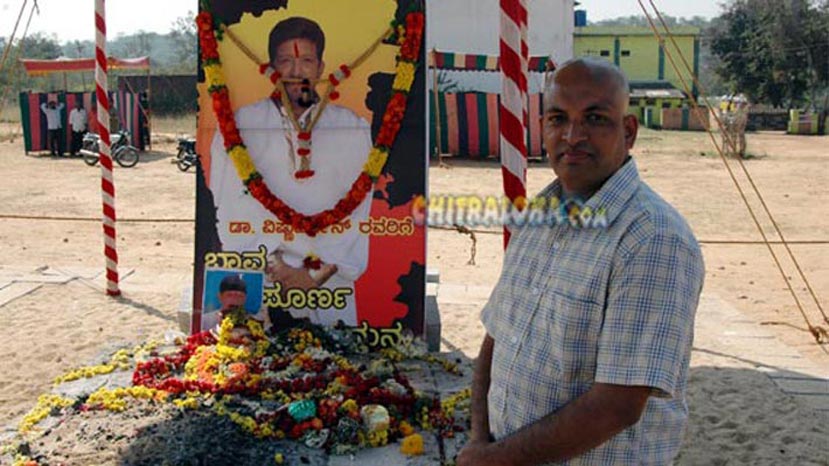 As a 16-year-old Sridhar joined Vishnuvardhan's household as a help in 1980. Over the next three decades he became the actor's father, mentor and life. His story in his own words... "I am from Chandaravalli near Sagara. I had lost my father at a very young age. I had to take care of my mother, two sisters and a brother. I came to Bangalore in 1980 and was staying with a relative. I came to know from my relative Krishnamurthy that there was a job at Vishnu sir's house.

"While leaving for Bangalore from my village, I had seen a cobra with its hood spread (Naagarahaavu). In Bangalore I became a member of the Naagarahaavu hero. He became my foster father and gave me everything. When I joined his household, the only thing I owned was the shirt and trouser I was wearing then. The very first day, he saw to it that I was comfortable.

"Just a few days later, I purchased a shirt piece for Rs 50. He was angry and told me that I should not buy anything. Since then he has bought everything I needed in my life. At home, I would do every kind of work from cooking to cleaning. I was never considered a worker, but treated like just another family member.