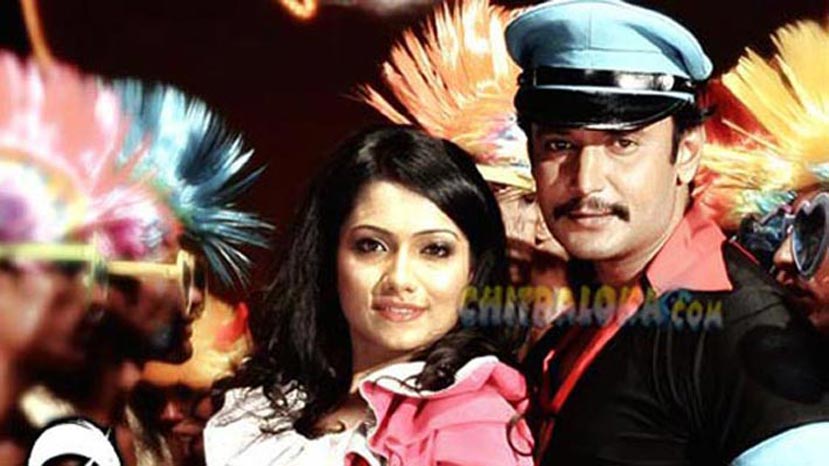 Darshan starrer Chingaari directed by Harsha and produced by Mahadev has obtained the biggest openings for a Kannada film.  Releasing in 180 plus theatres, the film has been able to get an earth shattering share on day one.

According to Prasad, the distributor who has purchased the entire film on outright basis for the entire state,  Chingaari has been able to collect Rs. two crores gross on day one which is the highest for any Kannada film so far.  Though his experiment of releasing Chingaari in many number of theatres around the state had attracted little criticism, the first two days collections for the film has ensured that he will get back his entire  investment with in three weeks of Chingaari's fabulous release.   Though Prasad will be removing the film in fifty to sixty theatres after the conclusion of the first week run, Chingaari will still be able to continue in 130 plus theatres to ensure a big net collection in the second and thrid week also.

Tasting big success through his idea of  releasing in largest number of theatres for films like Sudeepa starrer "Vishnuvardhana' and Darshan's "Chingaari',  Prasad has also got the distribution rights of  Puneet Raj Kumar's Anna Bond and plans to release the film in more than 200 theatres around the state.   The film is slated for release on April 19.

Prasad's claims of nearly two crores gross collection on day one is contested mildly by some experienced film distributors who however agree that the day one collections may be in the range of  Rs. 1.50 crores to Rs. 1.60 crores.  Cutting off nearly 18 percent from this gross for  the rent in theatres,  the film is sure to get a distributors share of  Rs. 1.20 crores to Rs. 1.30 crores.   The same level of collections can be expected from Sunday collections which means that the film's distributor  may get around  Rs. 2.50 crores share from Friday and Saturday collections.   Even if the distributor gets a share of  Rs. 60 to 70 lacs per day in the remaining six days (the collections on Saturday and Monday will be much better) the distributor's share will be in the range of  Rs.6 crores or  Rs. 50 lacs less than this amount.  This is what Prasad is claiming providing us the exact  figures obtained from the Daily collection figures data which have been stored  in his laptop.

Even the experienced distributors and distributors from Gandhinagar  grudgingly admit that the distributor's share will be in the range of  Rs. 5 crores will plus or minus of  ten to fifteen lacs. Whatever said and done, the first three days collections and the distribution share will be the highest for any  Kannada film  film so far as the film has been released in a majority of theatres and multiplexes.

Records  need to be broken and rewritten.  Let us hope the much awaited films to be released this year including films like Anna Bond, Kranti Veera Sangolli Raayanna, Shiva, Lakshmi, Kataari Veera Sura Sundaraangi and forthcoming films of  Sudeep to be directed by Harsha an Shashank will be able to create new records.