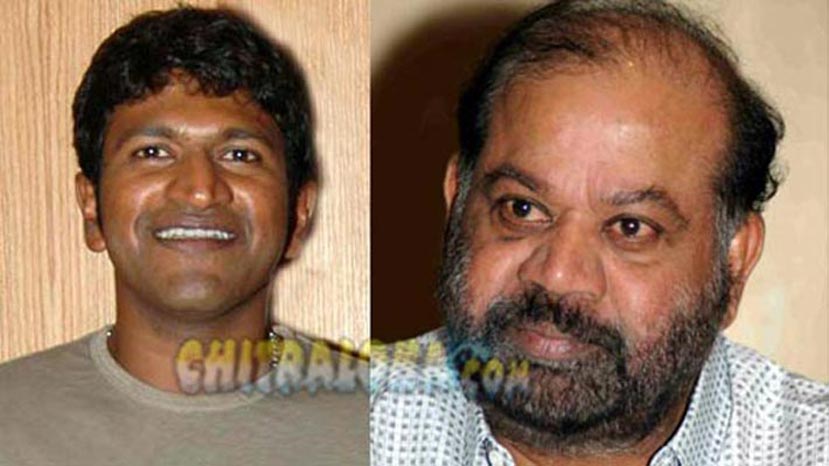 Well known multilingual film director P.Vasu who has blockbusters like  Aaptha Mithra and Aaptha Rakshaka in Kannada and  Chinna  Thambi, Chandramukhi,and Walter Vetrivel in Tamil is all set to direct  a film with  Power Star Puneet Raj Kumar in the lead. This has been confirmed by direcotr P.Vasu and the one of the film producer K.P.Srikanth in a chat with the Chitraloka Portal.

During the press meet of  Aaptha Rakshaka, director P.Vasu had mentioned that he had been approached by producer Kanakapura Sreenivas and K.P.Srikanth to brief a story to the Power Star and he had already told the one line story of a subject he was working on.    Later after several rounds of talks, now the news is that the Power star will be working in this film.  Earlier Puneet Raj Kumar should have worked in a film to be produced by Kanakapura Sreenivas for which even the muhurath was organised.  But the sudden demise of the director had changed the plans and the producers had to wait for almost six years to get the call sheet from the industry's numero uno star.

Incidentally  Puneet Raj Kumar will work for the film after taking up the launch of  the Kannada version of  Tamil film "Poraali' which will be directed by Samuththirakani.   The title for Kannada version of   Poraali has not yet been finalised yet. The work relating to that film to be produced under the Home Production banner of  Puneet Raj Kumar will be taken up after the conclusion of work of  his recent much awaited starrer "Anna Bond' directed by Soori.   Confirming the news of  Puneet Raj Kumar working for his produciton house, K.P.Srikanth one of the producers of the film says that his film may be launched sometime later in June.  P.K.H.Doss will be cameraman of this film while Guru Kiran who is acceptable to both KPS and  director Vasu will be the music director.