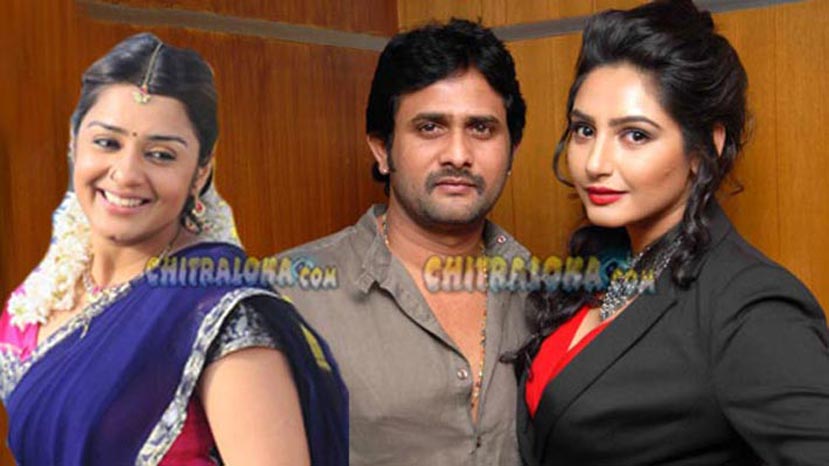 If not the two beauties were enough, Ravi Garani's 'Namasthe Madam' has another glam doll making an appearance in the film and it's none other than Nikitha Thukral.

Already Nikitha's portions have been shot in Bangalore.