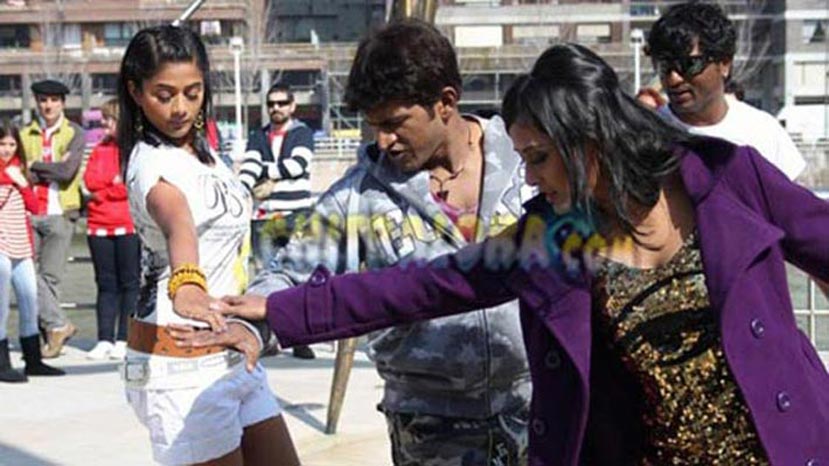 Puneet's show Kannadadha Kotyadhipathi is storming the TRP market like never before in the Kannada  TV reality show market. IN the first four days of the week, the show has gained such a popularity that the night  shows   revenues have already been affected. In the European country of Spain, the Power Star whose popularity is reaching the zenith has been making another sort of news.   He  is storming the space of many media platforms and has been in focus for his shooting for the songs of the film.   The websites and print media has written about the shooting of a song of Anna Bond which can be see through the links.     But the only sour note is that the news about the hugely expected Kannada film shoot has been described as a shoot for a Bollywood film.  Not only the Spanish   people, but even the media platforms of any European country,  shooting of  an Indian film in any local  language  it will be safely construed as a shooting for a Bollywood film.

The Kanadhanthe Maayavaadhano song shooting has just finished its shoot with Puneet, Nidhi Subbaiah and Priyamani participating in the shooting held at Velencia, Spain. Later songs were shot in Guggenheim Museum in Bilbao, Spain. Incidentally  a Motor Bycycle exhibition is being held at the Museum annually.  The news items published in websitea are  about the shooting of the song in which a photograph is also published.   Puneet and Priyamani's still has also been printed in the website

Incidentally a song from Tamil film Sivaji and a few song and sequences were shot for  Hindi film Zindagi  Na Milegi  Dobara in Bilbao.

The song shoot of  Anna Bond was held in Athletic stadium in Bilbao.