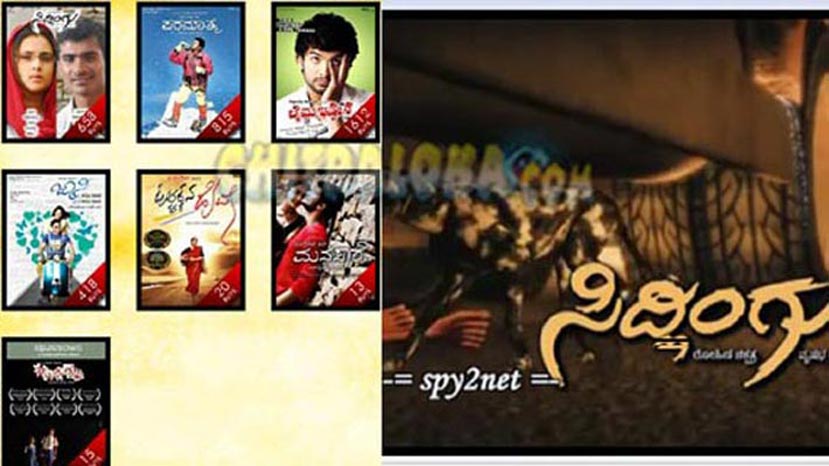 Introduction:  Young director Pawan Kumar has now started marketing Kannada films in a totally different method which has benefited the producers in the quickest possible time.  But there are some people who are expressing their apprehensions that this new novel method can close all options of exploiting revenue through theatrical business in abroad. Roopesh of Australia who is distributing films in Australia and New Zealand  has given his opinion about Pawan's new endeavour.

We are trying to give some space to the opinions expressed by some distinguished distributors of abroad. We want Kannada film Producers, Kannada film fans and the Press to know the pros cons. of the new experiment of marketing of Kannada films which may strike at the roots of  the exploiting foreign market.

We would like to express our deep concern regarding our kannada film industry's latest promotion of buying movies online. I have been a kannada film distributor and a great fan of all kannada movies. I arrived here to Australia in the year 2005 to Melbourne.

Since, then only 4 to 5 kannada movies were released here, we later started with a group of friends promoting kannada movies. Starting with our first movie in 2005 October "Aakash", Thanks to Puneeth Rajkumar as he was the one who laid the foundation for us to screen kannada movies here.

His, presence here made a lot of difference and attracted a lot of audiences to kannada movies. We then started showing kannada movies on a regular basis at least once every 3 months and so far we have screened 17 superhit kannada movies.

One thing we'd like to tell some of the producers as well of our industry, We are not a big industry like Tamil, Telugu or Hindi. Where people pay 25$ a ticket and run 16 shows packed in a 600 seated cinema.

We show 1 or 2 shows depending on the popularity and success of the movie, while expecting less than 700-800 People all over Australia, Unlike Telugu or Tamil whose figures cross more than 9000 people Australia wide.

We'd like to say that 90% of the Indian population, be it kannada, tamil, telugu or North Indian belong to working class.We all work here and movies and cultural programs or kannada sangha be it is just a part of community involvement.

But, some of our producers have demanded more than 10lacs for giving the rights here to screen the movies have achieved nothing but loss and they have not given a chance for overseas kannadigas to watch the movie.

But, we are very grateful to some of our producers like Rockline Venkatesh, Raghavendra Rajkumar, Suresh (Eradane Madhuve), Ravi Joshi (Namanna Don), Ramesh Aravind & K.Manju sir. Who were more keen in promoting the movie overseas than financial gains, one great example for that is Mr.Rockline Venkatesh sir. O.k, Lets come to the topic our concern is recently we have been able to purchase kannada movies online for a streaming rental for 10$.

Yes, thats a very good effort but one thing has to be kept in mind that any streaming videos can be downloaded and uploaded on torrent sites for free. If the producer is enjoying the gains from 500-600 people buying the movie for 10$, you should also have a look that more than 20000 people download it for free.

Movies like Paramathma & Sidlingu launched just before 24th Feb is available online for download for free, it only takes 12-13minutes to get this movie for free.