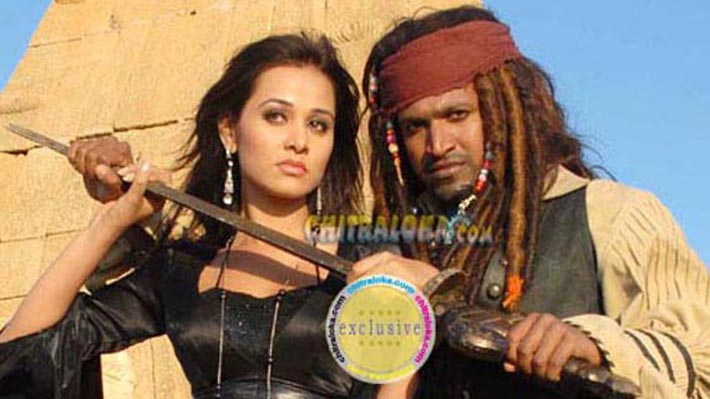 Fans of Puneet Raj Kumar in abroad have been disappointed because of the non release of the much awaited film Raaj, the Showman in the respective countries where it had been announced. Chitraloka Mega Portal has been receiving mails from abroad from the Kannada film fans in general and Puneet Raj Kumar fans in particular seeking reasons of the film's non release in abroad.

Kannada film fans were ecstatic to know that this most expected movie was getting released simultaneously not only in UK, but also in other centers like U.K, Singapore, Malaysia and Dubai abroad. Mr. Ravi Thippeswamy, a well known Kannadiga NRI from U.K. says the film has not been released in Bristol Birmingham, Crawley, Harlow, Ipswich, Liverpool, Manchester, London as was announced. Even minor preparations have not been made to release the film in abroad, Says Ravi Thippeswamy who is a great fan of Dr. Raj Kumar and Puneet Raj Kumar. Mr Prakash, a film distributor for Singapore says that Raaj, the Showman has not been released in abroad on Friday and even the week end shows have not been announced, though news paper advertisements have made contrary claims of simultaneous release.

Dr. Kiran, who is a Assistant Professor in KIMS used to held in release of Kannada films abroad. But he says he has not signed any agreement with the producers so far.

However, Dr. Kiran has written in his facebook profile something about Dr. Raj, The Showman which is not complimentary to the film.