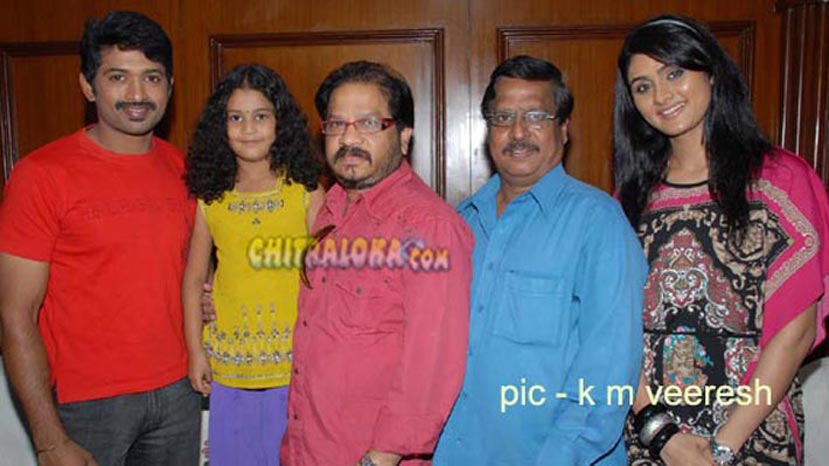 A few incidents that have occurred in the past few days has once again proved that in the near future Dubbed films will be part of Kannada film entertainment segment. Indications obtained by recent developments have clearly shown that most of the Kannada film producers are just waiting for an opportunity to strike fast and get the release of dubbed films in a smooth manner.

The release of Geetha Krishna's film Koffi Shot in a few theatres in Northern Karnataka has provided an impetus for some producers to start off a process of obtaining rights to dub films and release them in the state. The argument is that by this act they are not going against the law of the land or cheating any one. "In fact the dubbed films will make the state exchequer richer as 30 percent tax will be collected by the state government from the ticket sales' says an influential producer who has been spearheading the campaign for dubbed films.

Now, it is learnt that producer Soorappa Babu has obtained the rights of Telugu Mega Hit film Magadheera directed by S S Rajamouli. Babu was in Hyderabad for the last three days and despite the fact that Chitraloka Mega Portal had tracked his movements, he was not available to respond to our many mobile calls.

Later in a chat with Chitraloka on Sunday night, Soorappa Babu confirmed that he has indeed tried to get the rights of many non Kannada films like Magadheera and Padeyappa and arrange for their release. He said that many pro Kannada voices have also understood that release of dubbing films will infact strengthen the spread of Kannada language than to undermine the culture and artistic values in Karnataka. "I know many people who are genuine Kannada enthusiasts are writing in favour of dubbed films as they have realised that it would strengthen the language and its cultural roots' says Soorappa Babu.

Sorappa Babu plans to announce his list of films within four to five days to the media also. Continuous failure of films, raising variable cost of production, increasing remuneration of many departments coupled with the inertia of the Kannada film audience to back new attempts have made the producers to look for Kannada films. Though Chitraloka reserves the right to protest against the dubbed films, it has to be reiterated that some of the grievances of the Kannada film producers appear to be genuine.