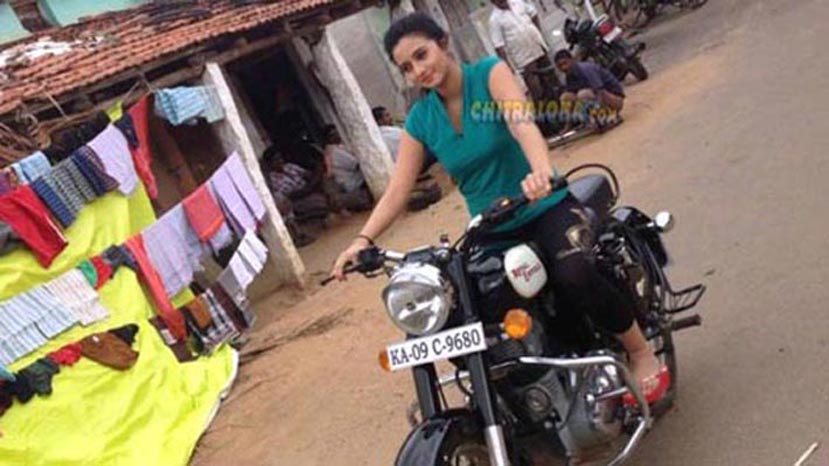 It took her two full months but actress Harshika Poonacha has managed to tame a Bullet bike. She was required to drive a Royal Enfield Bullet for her role in the film Maryade. Shooting for the film started in Mysore a few days ago. In between the shooting, the actress paid visits to the theatres screening Manganakaili Manikya, in which she played the female lead opposite Ramesh Aravind. But it was riding the Bullet that has given her the biggest thrill.

Harshika said, "I am riding the Bullet for my new film, Maryade. I learnt it in two months. I am enjoying the ride and luckily I did not fall from the heavy bike even once since I started learning. I drive a four-wheeler very well. I have learnt to drive since I was seven years old. I drive cars, Scooty Pep, Honda Activa and a Hero Honda bike with ease. I used to take Duster to college and took it on long drives as well. But Bullet was very new for me. But I am happy that I learnt it now and am enjoying the ride."‬